The people of Zeeland have witnessed their fair share of invaders, wars and battles. The Scheldedelta is strategically important and Zeeland is also a border zone. This combined forms the recipe for a highly sought-after and therefore fiercely fought-over area.

Centuries ago, the first military fortifications were erected in Zeeland. In Roman times, a castellum was built in Aardenburg to combat invaders from the sea. You can learn more about it in the museum in Aardenburg. There, you can see what daily life was like in Roman Aardenburg. The foundations of the main gate of the castellum have been reconstructed on the Burchtstraat.

At the end of the ninth century, earthen, circular ringforts were built in various places in Zeeland. This also had to do with the threat from the sea: the Vikings. They were located near Oostburg, Domburg, Oost-Souburg, Middelburg and Burgh. Impressively large reconstructions of these ninth-century circular forts can be found in Oost-Souburg and Burgh.

Zeeland’s ambachtsheren (ruling landlords) defended their territory with a motte-and-bailey castle – an earthen mound topped with a wooden or brick tower. The mounds that remained were later called ‘vliedbergen’ (terp hills) because they were thought to have been refuge mounds against high tides.

Most of the mottes that have survived are on Walcheren and Zuid-Beveland. The Duivelsberg near Kapelle is located in a park and is accessible. In the landscape garden of Museum Terra Maris near Oostkapelle, there is a reconstruction of a motte-and-bailey castle with a tower. Medieval events for children are regularly organised here in the summer months.

From the fourteenth century onwards, (brick) stone castles were also built in Zeeland. There are only a few left. You can still find Slot Haamstede and Slot Moermond on Schouwen-Duiveland and Ter Hooge and Westhove on Walcheren. The latter building is located near Terra Maris and you can stay there overnight – it is used as a hostel.

Fortifications and the Eighty Years’ War

Since city walls also lost their practical use, Zeeland towns said farewell to them from the end of the sixteenth century onwards. They surrounded themselves with modern earthen, star-shaped fortifications. These can still (partly) be found at Tholen, Sluis, Middelburg, Veere, Goes, Brouwershaven and Hulst. The fortifications of the last-mentioned town are undoubtedly the best preserved and you can go for lovely walks there.

The modern fortification of cities and the foundation of forts and lines of defence received an enormous stimulus as a result of the Revolt against Spain from 1560 onwards. No fewer than 450 military structures from that time have been preserved in Zeeuws-Vlaanderen and Flanders (from small entrenchments to complete fortified towns). Collectively, they are referred to as the State-Spanish Lines. Several of the forts or entrenchments of the State-Spanish lines have been beautifully restored, such as Fort Berchem near Retranchement. Sections of the lines of defence are open to visitors, such as the Liniedijk to the east of Hulst.

A widely used tactic during the Eighty Years’ War was flooding. Almost all of Zeeuws-Vlaanderen was submerged between 1583 and 1604. The Eighty Years’ War was also fought on water. The world-famous series of tapestries in the Zeeuws Museum are reminders of this. There is no shortage of seafaring heroes in Zeeland. Vlissingen not only brought forth admiral Michiel de Ruyter, but was also the birthplace of lineages such as Evertsen and Banckert. 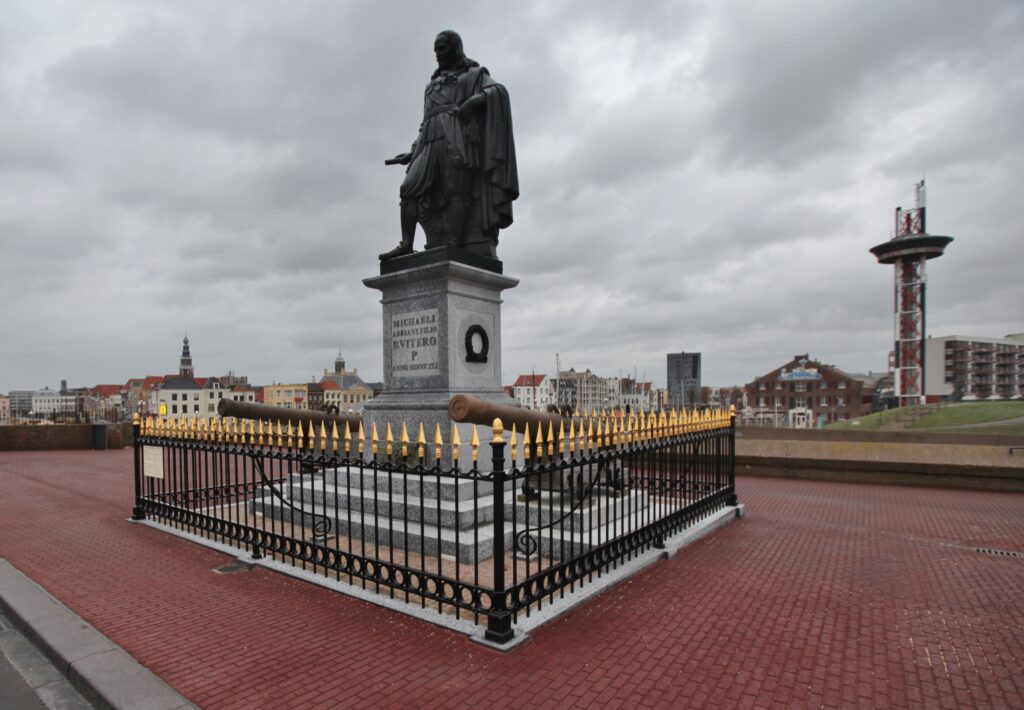 The Western Scheldt used to be of immense tactical importance. Which is why a lot of work went into defending it over the centuries. Both Fort Rammekens (the oldest sea fort in Western Europe) and the somewhat younger Fort Ellewoutsdijk had to control the maritime traffic on the Western Scheldt. Both these forts can be visited. Rammekens is situated in the middle of a nature reserve – further from the water than when it was built due to the elevation of the dikes. Coastal defence has meanwhile become more important than controlling the fairway from the fort.

The Second World War and the Atlantic Wall

During the Second World War, German occupiers zealously built the Atlantic Wall, which ran from Norway to the Spanish border. Zeeland gained a huge number of bunkers. Vlissingen became a complete stronghold. A bunker route runs along several bunkers between Groot-Abeele and Vlissingen and the city also has its own museum bunker. Of the approximately one thousand bunkers built on Schouwen–Duiveland, there are still a few hundred left. The most well-known – the vleugelbunker (wing bunker) – can be visited in the forest of Burgh-Haamstede. The war ended in November 1944 for the greater part of Zeeland following the massive Battle of the Scheldt and a disastrous inundation of Walcheren. You can learn all about this at the Liberation Museum Zeeland. 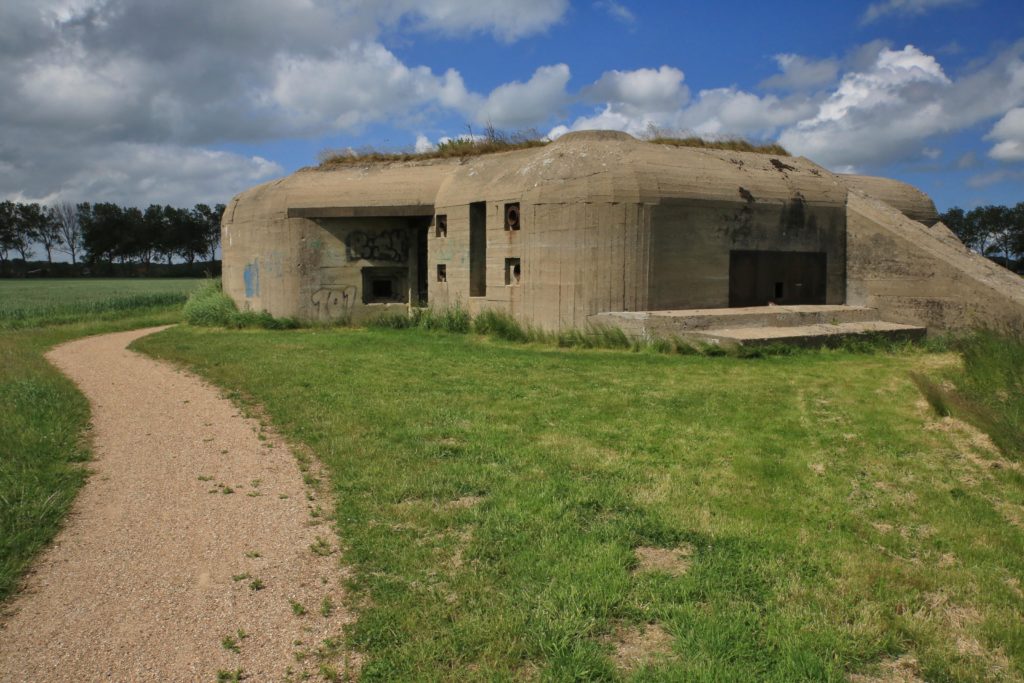 It was not long after the liberation that the Cold War began to brew. This also left its scars. Air raid control towers can still be found at Nieuw-Namen, Koewacht and Eede. Fear of a nuclear attack led to the construction of underground shelters. One of these is in the basement car park on the Groene Woud in Middelburg, another under the former fire station on the Looierssingel in Middelburg. You can visit them on Open Monument Day.