Daily life on the fertile clay soil of Zeeland revolved around farming. From the sheep on the salt marshes to the Zeeland wheat harvested by way of horsepower. Zeeland's land was a fertile breeding ground, which was fully optimised.

The previous land use

In the late Stone Age, people in Zeeland started cultivating the land and keeping cattle. They lived in one place together, unlike the hunters and gatherers before them who roamed through the area in small groups. Remains of such a prehistoric settlement have been found near Haamstede.

Cattle were kept and flax was grown in Roman times. The Romans also extracted salt from the peat. After the Roman era, the population moved out of Zeeland. When people came to live there again in the early Middle Ages, they kept sheep on the salt marshes and grain and other crops were grown at higher altitudes. Salt and peat extraction were also important. As more cities started to appear, agriculture became more commercial. The cities needed to be supplied with food, as well as raw materials for commercial crafts, such as flax.

In the 16th century, farmers worked the land in a way that was very advanced for the time. Moreover, the clay soil in the younger polders, which were dammed up again after storm surges, was very fertile. At first, people went for grain, but when the revenues from this dropped, Zeeland specialised (certainly on Tholen and Schouwen-Duiveland) in the cultivation of dyer’s madder. In the kilns, a red dye was extracted from the madder roots and used to colour textiles. For a long time, Zeeland was the most important producer of madder plants in Western Europe. Large-scale cultivation of grain and dyer’s madder led to the creation of large agricultural companies. This necessitated a new type of farm with large, detached barns. The black, gunwale barn, often with a white border so that the farmer or farmhand could find their way around at night, became characteristic of Zeeland. 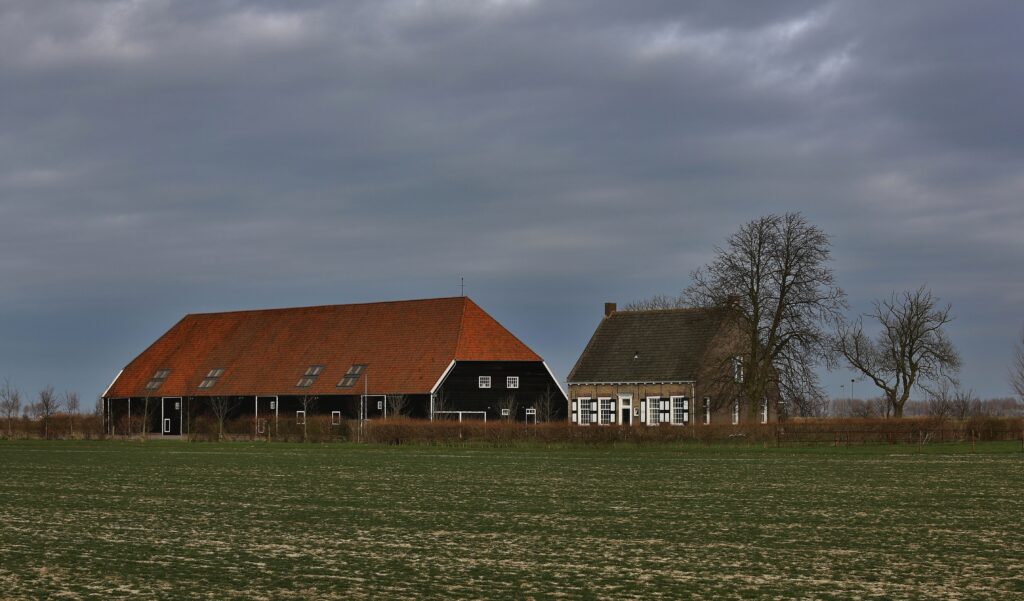 Monumental farms can be seen throughout the province, such as the seventeenth-century Huys Vermuyden on Tholen with a stone barn, Hofstede Veldzicht near Wolphaartsdijk with its characteristic black barn, Hoeve Van der Meulen near ‘s-Heer Abtskerke with an authentic farmstead and the nineteenth-century Land- en Zeezicht farm in Kamperland.

The agricultural and pastoral landscape typified the countryside. On Walcheren, hawthorn hedges demarcated plots until the landscape was destroyed by the 1944 inundation. On Schouwen, plots were planted with alder trees that were cut to knee height (‘elzenmeten’ in Dutch). You can still find alder groves at the Kop van Schouwen, for example, between the Kraaijensteinweg and the Lage Weg in Westenschouwen.

Zeeland was a distinctly agricultural province in the nineteenth century. Farmers took pride in showing how rich they were. Their wealth was visible to see through their farms, their carriages and team of harnessed horses, and also by the clothes and the jewellery they wore. Regional clothing flourished. There are presentations available about farm life and traditional costumes in the Zeeland Museum in Middelburg, Museum Veere, Museumboerderij Goemanszorg in Dreischor, Het Warenhuis in Axel, the Historic Museum De Bevelanden in Goes and Streekmuseum De Meestoof in Sint-Annaland.

Draft horses, which are now regarded as icons of the Zeeland countryside, were also bred during this period. They were ideally suited to work on the tough clay soil. When not working, they were also used for sports and games, such as ring riding on Walcheren. With the straô tradition on Schouwen, horsemen rode their horses in procession to the sea after the winter to rinse their legs in the surf. These and other traditions, such as gaaischieten and krulbollen (popinjay shooting and curling balls respectively), are still alive to this day.

Agricultural enterprise also attracted other businesses. From tailors and cobblers to carvers of the handles for ‘paeremessen’ (horse knives). Artisanal businesses had their own workshops in the villages and ¬– in the case of farriers – a characteristic travalje (hitching post) in front of the door. You can still find these in the centre of around forty villages (for example Kerkwerve and Noordgouwe). Each village also had its own mill for grinding grain. Many of Zeeland’s mills are still in operation. You can visit them when they are at work and you can often buy flour and local specialities. Some of the mills now function as tourist attractions. For example, the Jonge Johannes near Serooskerke has been transformed into a children’s playground and the Graanhalm near Burgh-Haamstede is a pancake mill. 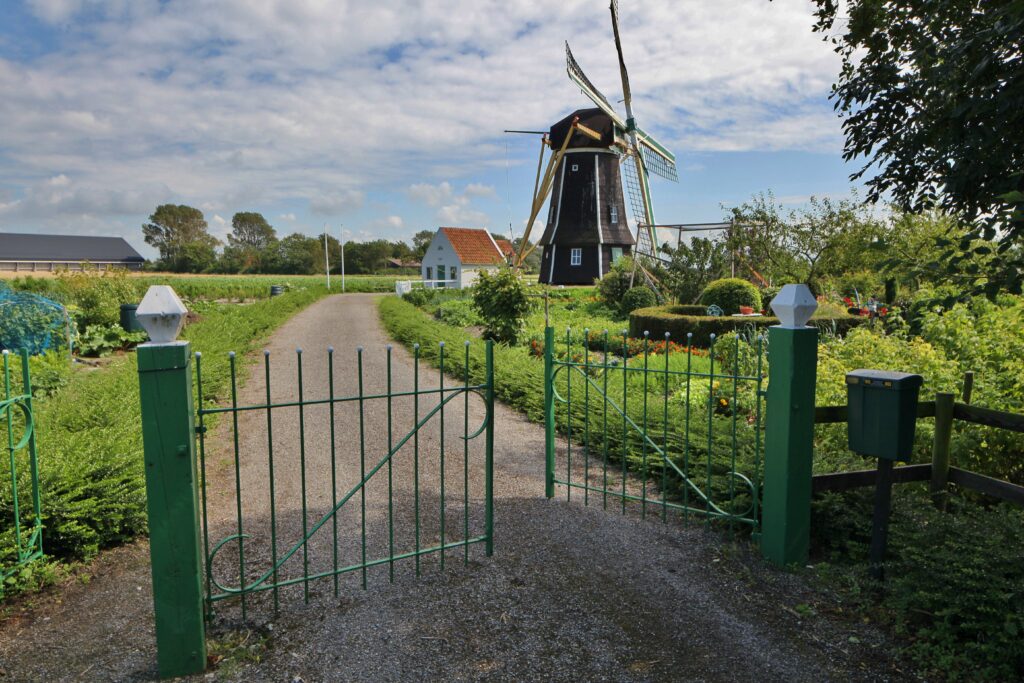 In a large part of Zeeland, wealthy gentleman farmers ran large farms. Farm workers earned next to nothing. A limited number of them managed to establish their own farms over the course of time. In the twentieth century, tractors and other machines replaced farm labourers and horses on a grand scale. The emphasis had by then shifted to the cultivation of potatoes, onions and sugar beet, and the cultivation of fruit was also stepped up. Nowadays, saline agriculture also plays an increasingly important role when it comes to farming in Zeeland.