As a hub for the overseas trade and a haven for migrants, Zeeland looked far beyond its own borders. The many and varied international contacts also coloured scientific and cultural life.

Trade runs through Zeeland’s blood. Salt is the oldest Zeeland export product. This was already being traded at the dawn of time. In Roman times, Zeeland played an important role in overseas trade with Britain, Gaul and Germany. This still concerned salt, but also fish sauce and preserved shellfish. The earthenware used to transport all this came from the area around Bergen op Zoom. Harbours were built near Domburg and Colijnsplaat (Ganuenta, which has since been swallowed up by the Eastern Scheldt). Temples for Nehalennia were also built here. This goddess was only worshipped in Zeeland. Merchants, ship owners, governors and soldiers from Germany and France placed altars there to thank Nehalennia for a safe voyage. The atmosphere around Ganuenta and Nehalennia worship can be experienced at the reconstructed temple near the port of Colijnsplaat. 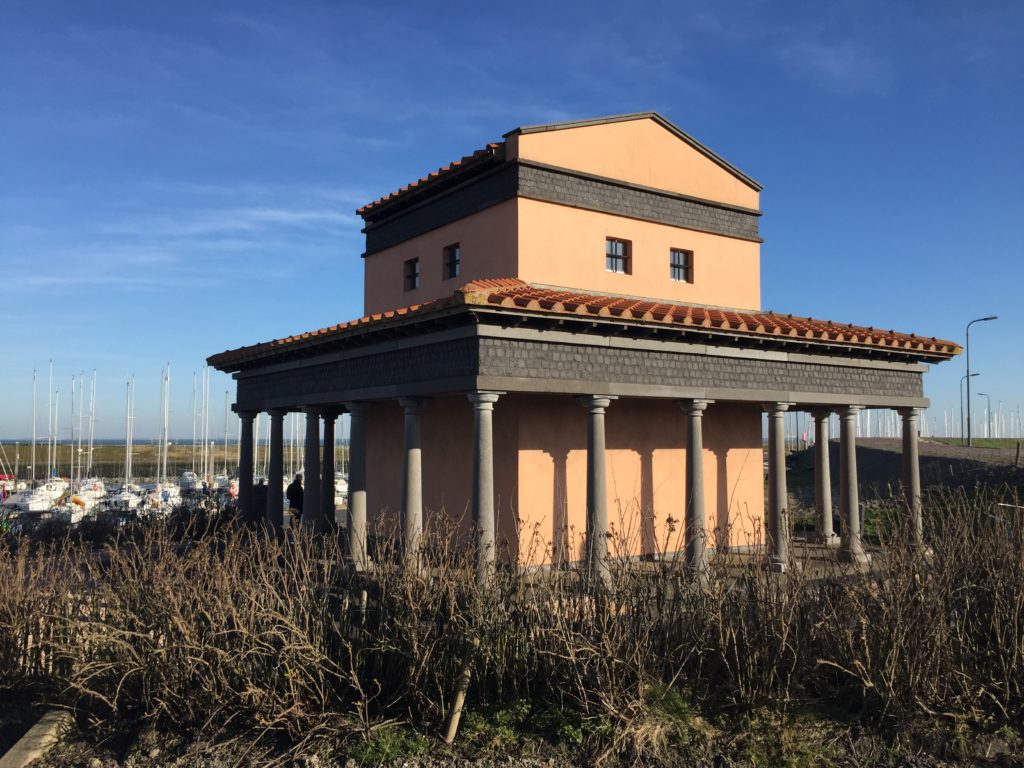 After the departure of the Romans, villa Walichrum aka Walcheren near Domburg became an important trading post. However, it fell into disrepair due to plundering by the Vikings. This made way for the rise of Middelburg. This is one of the oldest trade towns in Zeeland. But trade was also brisk in Zierikzee, Veere and Kortgene, Sluis and Hulst. The medieval port of Hulst has been reconstructed. With the Nieuwe Haven, water is back in the town centre between the Bierkaai and Overdamstraat. The harbour provides a look back in time, but offers a practical solution for a contemporary problem too: it is a rainwater buffer. Zeeland’s trade was closely interwoven with the Hanseatic network. Consequently, they did not only trade in their own products such as herring, wool, dyer’s madder and grain. Wine and timber, for example, passed through here as well. Around 1500 AD, Arnemuiden was the wine port of the Low Countries and all the trade with Scotland was concentrated in Veere.

After the Fall of Antwerp in 1585, the lengthy Golden Age began for Zeeland. Water was still the source of prosperity. Apart from the ever-flourishing European trade, Zeeland spread its commercial wings across the globe. It was the time of the great trading companies: the officially the Dutch East India Company (in Dutch VOC), the Dutch West India Company (WIC) and the Middelburgsche Commercie Compagnie (MCC).

The WIC and MCC later gained a fraught reputation for their slave trade. Goods from Europe and Asia (such as cowrie shells) were used to buy African slaves. They were sent to slave markets in the West (the Caribbean and Latin America). Cane sugar, tobacco and cocoa were then brought back to Europe. Especially in Middelburg you can still see how much prosperity this period brought. Grand mansions and large warehouses and a number of imposing buildings such as the Oostkerk and the house of the VOC director on the Maisbaai date from this period.

Apart from a whole host of goods, refugees and migrants of various plumage also came to Zeeland. From the late 16th century onwards there was an influx of Flemish and Brabanders. Middelburg even expanded the town to accommodate them. An important component of the prosperity of the Golden Age was down to their talent and capital.

Others who sought refuge here were Sephardic Jews from Spain and Portugal, as well as Ashkenazi Jews from Germany and other countries in the east. Persecuted Huguenots from France also found a sanctuary, as did Lutheran Salzburgers. Middelburg still counts two Jewish cemeteries, a synagogue and a (former) Lutheran church. You can also find Lutheran churches in Zierikzee and Groede.

Trade, culture and science profited from the arrival of fresh blood. The eminent Middelburg physicist and astronomer Philippus Lansbergen and physicist Isaac Beeckman belonged to the second generation of migrants.

Traces of the Golden Age

By the middle of the eighteenth century, the lengthy Golden Age had come to an end The ailing Zierikzee became so destitute that in 1811, it sold a large part of the city archives as scrap paper. Nevertheless, when you walk through the town today and pass by the stately mansions, you can still see how prosperous this area once was. And that is the way it is all over Zeeland. Everywhere you can still see traces of Zeeland’s Golden Age. Sometimes it is in a name: the Philippus Lansbergen Volkssterrenwacht (Public Observatory), and sometimes in a whole museum. The Zeeland Maritime MuZEEum in Vlissingen recounts the history, present and future of maritime Zeeland from the Lampsinshuis, once home to the Lampsins family who made their fortune through trade.