'Luctor et Emergo' (I struggle and emerge), that famous motto from Zeeland refers to the uprising against the Spanish. But the majority of Zeelanders associate it with the age-old struggle against the water. Over the centuries, parts of Zeeland have often been flooded and then reclaimed from the water. A salient detail: during the battle against the Spanish, huge parts of Zeeuws-Vlaanderen were also submerged... so the saying is still somewhat connected to water after all.

The greatest flood disaster in centuries was that of 1953. ‘De Ramp’ (The Disaster), as the people of Zeeland often call the event, still lives on in their hearts. Traces of it can still be found throughout the province. There are many flood markers (for example near the church in Sint-Philipsland) and you will find memorials all over the place. If you want to know more about the 1953 flood, visit the Watersnoodmuseum in Ouwerkerk. It is housed in four caissons that were used after the disaster to plug the hole in the dike there. The museum recounts the disaster very vividly and also looks at the challenges that lie ahead.

The flood disaster of 1953 was just one of the many floods in the history of Zeeland. Some floods changed the map of Zeeland for good, such as the Sint-Felix flood of 5 November 1530. The salt marshes and mud flats of the Verdronken Land van Zuid-Beveland (the Drowned Land of Zuid-Beveland – which the small tide port of Rattekaai offers a wonderful view of) still bear witness to this. 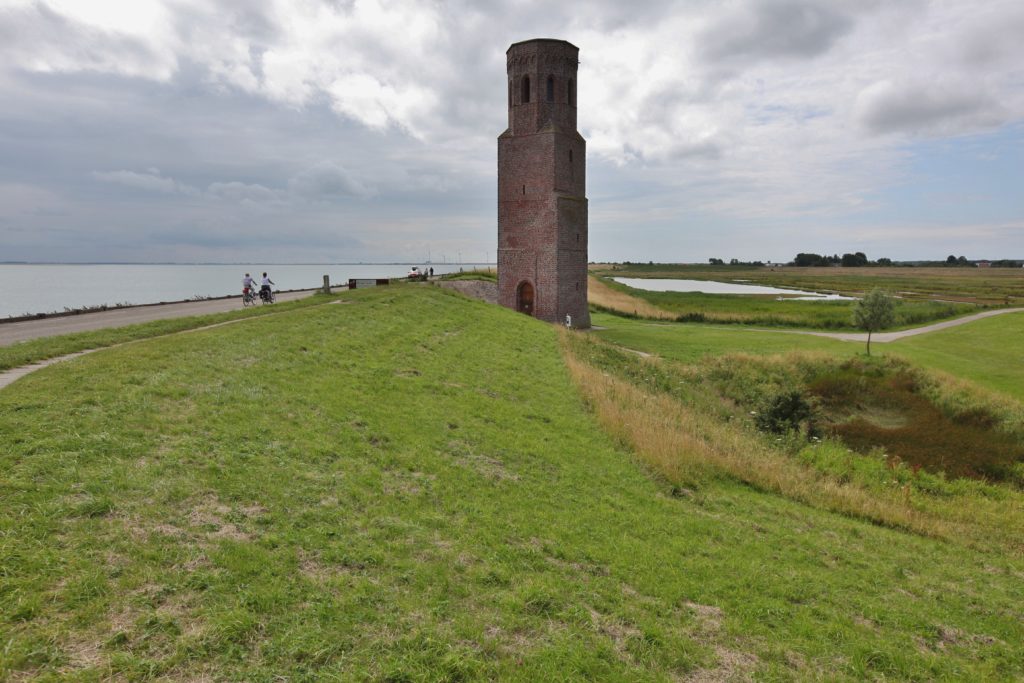 Humans themselves also caused floods, for example by salt extraction. The Zeelanders dug up bogs to extract peat and salt and in doing so, undermined their own land. The drowned village of Moggershil on Tholen in 1570 depicted the reason for its own demise in its coat of arms: a peat spade and six slabs of cut peat.

Some floods were even deliberately induced. Military inundations in Zeeuws-Vlaanderen during the Eighty Years’ War led to a completely new landscape. Here, not everything was dammed up again. The Verdronken Land van Saeftinghe is now at the mercy of the tides. You can still see traces in the landscape, such as the Stierskreek near Aardenburg. Nowadays, it is a great place to fish for carp. Inundation was even practised fairly recently. During the Battle of the Scheldt, towards the end of the Second World War, Walcheren was flooded by the Allies. Westkapelse Kreek (now a beautiful hiking area) is a remnant of the dike breach caused by the bombing carried out by the Allies.

Zeeland has more than 130 drowned church villages and towns. The misery began back in Roman times, when the harbour town of Ganuenta (which lay on an island opposite Colijnsplaat) slowly succumbed to the sea. On Walcheren, the ‘Roman Domburg’ and the early medieval Walacria were also lost. On the south side of Schouwen was a kilometres-wide inhabited strip of land of which ultimately only the Plompe Toren of Koudekerke remained. You can visit this tower on the north bank of the Oosterschelde. Then you will be introduced straight away to the legend of the mermaid of Westenschouwen and the ominous rhyme ‘Schouwen, ‘t zal je rouwen’ (Schouwen, it will grieve for you).

The building of dikes and dams to resist the water began in Roman times (read more about this under the heading Mudflats, salt marshes and polders) and actually never ceased. Behind the sea walls, the Zeelanders built reserve dykes which they called ‘inlaagdijken’. This is how these wet areas (‘inlagen’) formed between the sea and reserve dikes. There were more than 240 dike breaches (dike collapses) on the north coast of Noord-Beveland between 1800 and 1960 alone. That is why you can still find many reserve dikes and the in-between wet areas there, such as the Torenpolder/De Keihoogte, in the shape of a bow tie. This is a wonderful place to spot birds that come here to forage at high tide.

The technology used to build dikes and dams is sensitive to trends. The best-known example of this is the concrete ‘muraltmuren’ (Muralt walls – wall structures on top of existing dikes), an invention by the Dutch nobleman R.R.L. de Muralt. He was a firm believer in the power of concrete and developed an alternative method to raise the height of dykes that did not require the dykes to be widened – an extra wall was just added on top. At the beginning of the twentieth century, around a quarter of all sea dikes in Zeeland had such walls. You can still see them on top of the dike in the village of Scharendijke. A contemporary method is sand suppletion. Outside of the tourist season, you can see how sand is sprayed onto the beaches. 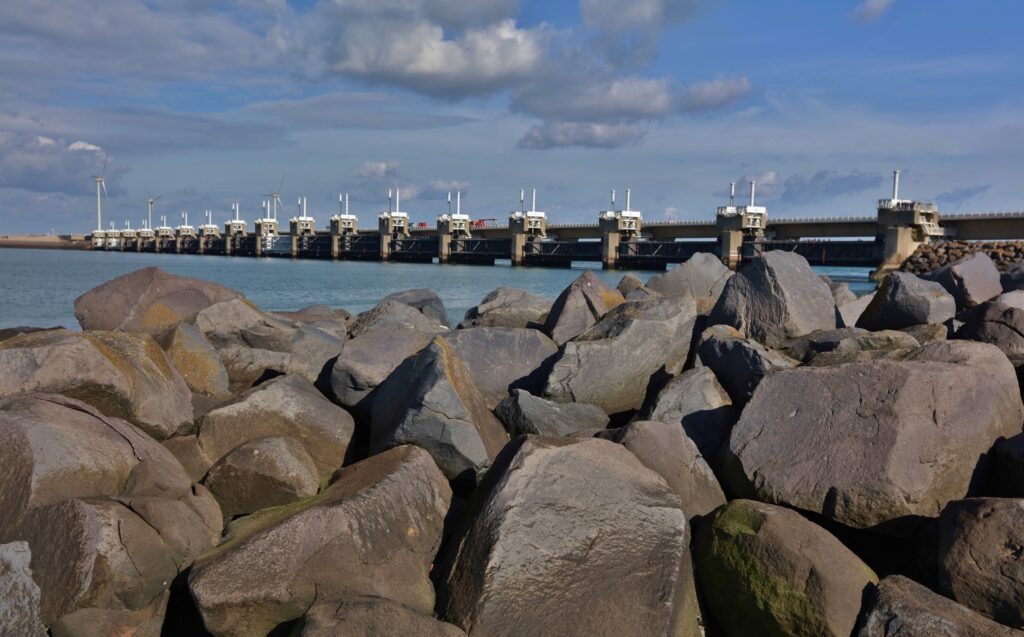 Another recent development is the Deltawerken, built with the notion that a disaster like 1953 must never happen again. The most famous is without a doubt the Eastern Scheldt Barrier storm surge barrier, which is made up of 65 immense pillars with 42-metre-long sluice gates in between. On the working island of Neeltje Jans, in the middle of the storm surge barrier, you can visit an exhibition in the Topshuis about the Oosterschelde National Park. It is also possible to take a look inside a pillar at the Neeltje Jans Delta Park.

The tension between land and water is still present. The Hedwigepolder is a prime example. It only came into existence during the twentieth century. It had to be given back to nature as a form of compensation. After almost twenty years of protests and political wrangling, the construction work for this de-polderisation began in 2018. The struggle against the water continued even after the opening of the Oosterscheldekering. Several dike and bank reinforcement projects were carried out. A ‘new Delta Plan’ was presented to protect the country until the year 2050 and this too had to be tightened up further. Zeeland and water: it will always be a struggle.