Zeeland is largely made up of polders. In other words, most of Zeeland has a landscape made by human hands. Even the first inhabitants of Zeeland dug ditches in the peat to provide some drainage. Later, the shaping of the landscape took on more serious forms and entire pieces of land were created.

At the end of the sixth century, people in Zeeland lived on the highest sections of land: on the banks of the creeks. This is where the fields, farms and roads were located. The peaty pool areas were used as pasture and hay meadows. Drainage was already in place to prevent problems caused by inland waters. You can especially still recognise this old land on the Walcheren peninsula. There, you can see that villages are often built on the slightly higher sections of the landscape.

The population also built dikes in order to defend themselves against the water. Later on, ring dikes followed, which enclosed larger areas. This is how Walcheren and the area around Goes got a ring dike. The first dikes were used for defensive reasons, but soon dikes were also built to reclaim land. This had already happened in Zeelandic Flanders in the twelfth century. That is when the island of Cadzand was reclaimed. Many other areas then followed. In the fifteenth century, for instance, several salt marshes were dammed up together to form one large polder and a whole peninsula in one: Sint-Philipsland. Sint-Philipsland. The area still disappeared under the waves several times, but eventually it became completely safe and dry, and from the nineteenth century onwards, Sint-Philipsland was even expanded with new polders. The size of the Sint Philipsland polders clearly show that these are relatively recent.

In the fifteenth and sixteenth centuries, a great deal of land was lost due to storm surges and inundations. Dikes were often rebuilt. The young clay that had silted formed the basis for highly fertile agricultural land, so these areas were very popular. The new polders were built using the most modern techniques and according to the latest trends. They were larger, more rectangular and more streamlined. They are also called Renaissance Polders. You can easily recognise them in Noord-Beveland. Dikes were rebuilt in this area at the end of the sixteenth century according to the latest trends, and the polders here still have a distinctive geometric pattern. Borsele soon followed suit with a polder full of rigid, geometric lines. More information about areas that have had the dikes rebuilt can be found in a film from the Zeeland canon. 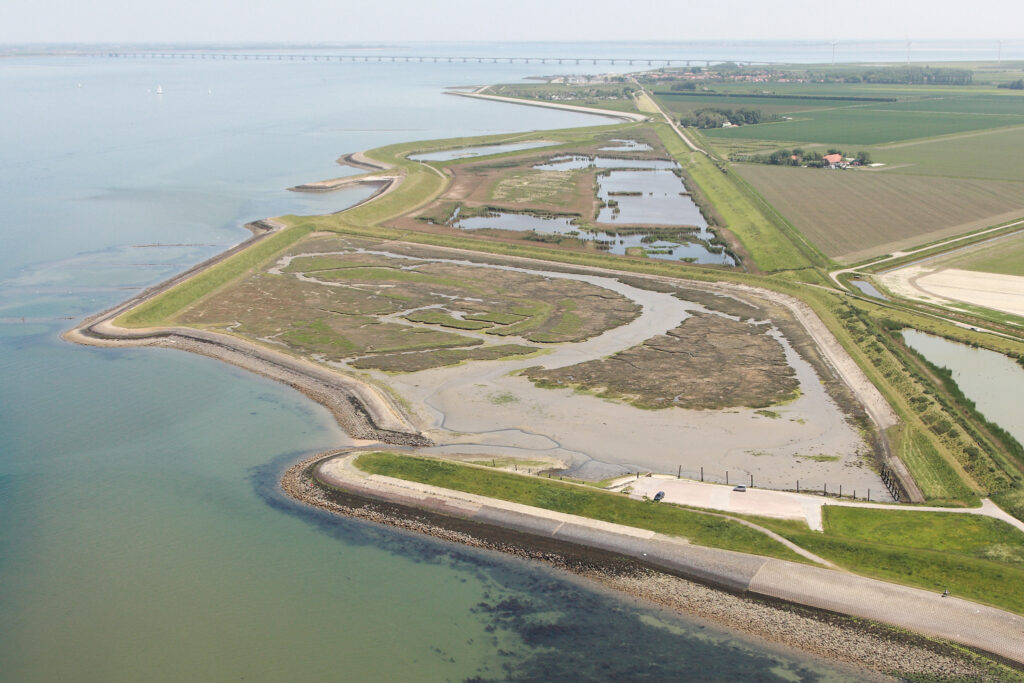 Dike breaches (in short: spontaneous collapses of dikes) were a threat to polders. To limit the damage caused by a dike breach, a second dike (‘inlaagdijk’ -a reinforced reserve dike) was sometimes built behind a sea dike. The area between those two dikes is called an ‘inlaag’. Many of these areas between original and reserve dikes (‘inlagen’) are found on the south coast of Schouwen and the north coast of Noord-Beveland (for example, you can take a look and spot birds around the Keihoogte and ‘s Gravenhoek reserve dike areas . By contrast, there are plenty of deep pools of water in Zak van Zuid-Beveland. These are the remains of pot-holes that new dikes were built around. De Brilletjes and Valweel close to Nisse are good examples of this (and in any case, a lovely destination for a walk).

In Zeeland, you can find inner dikes in a lot of places. Some of these are reinforced reserve dikes, but they can also be old sea dikes that came to lie further inland after the polders were expanded. The locations of these old sea dikes reveals how Zeeland was built, polder by polder. Some of these dikes disappeared in the 20th century during land consolidation or the expansion of agricultural land. There are calls for the reconstruction of vanished inner dikes, but this is not so easy. After all, how do you go about this in a way that is historically correct? Nevertheless, in the first quarter of the 21st century, an inner dike was constructed between Breskens and Nieuwvliet-Bad. Although, this has little to do with any reconstruction and the dike is mainly there because an extra wide defence zone against the water has been built. 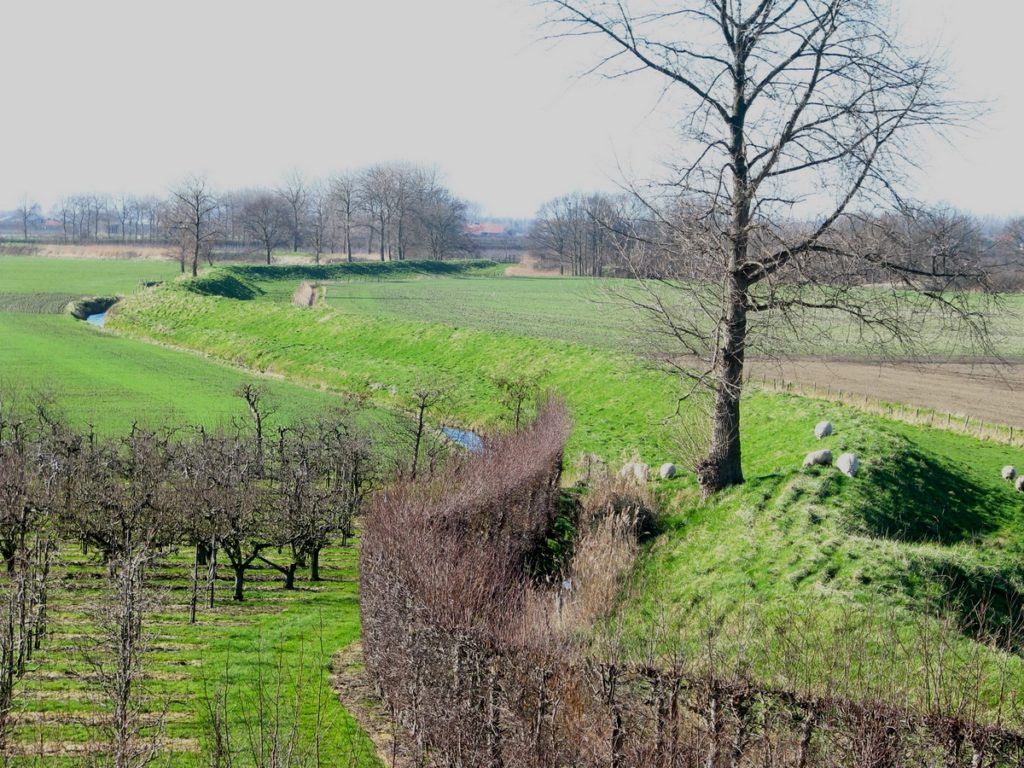 You can still find plenty of inner dikes in Zak van Zuid-Beveland. That has everything to do with a devastating flood in the eleventh century, which at one fell swoop formed a new estuary here: De Zwake. Its north bank ran more or less under the ‘s-Heerenhoek-Nisse-‘s-Gravenpolder line. Initially, the islands that remained south of the estuary were protected by defensive dikes. But when De Zwake silted up, the land was reclaimed step by step by continually building new, small polders. The shelter and warmth of all the dikes in Zak van Zuid-Beveland are such that they are home to species of wildflowers that are normally only found farther south (in the South of France, for instance). As such, these flower dikes form a unique biotope in Zeeland. As a result, the age-old struggle against water suddenly takes on a surprisingly charming character in present-day Zeeland.