Michiel de Ruyter, the Netherlands’ most famous naval hero, was born in Vlissingen. He earned his heroic status mainly through the important sea battles he won owing to his strategic insight. His native town is still proud of him and all kinds of tangible reminders of him can be found in Vlissingen.

From a young rascal to a captain

Michiel Adriaenszoon de Ruyter was a bit of a rascal. He was expelled from school for bad behaviour and at the age of ten, he climbed the spire of St James’s Church. When you see the round shape of the spire now, that seems almost impossible, but during his childhood the tower was under construction for some time and the young Michiel (who may have had already quite some strategic insight at that time) probably seized his chance. Because he was no longer allowed to go to school, Michiel was forced to work as a rope-maker’s boy for the renowned and rich Lampsin lineage. But more than anything, he longed to venture out to sea, and at the age of elevenhe sailed as a cabin boy on a ship bound for South America and the Caribbean. He worked his way up to sailor and, eager to learn, to helmsman as well. He served in the privateering, merchant and whaling trades. At the age of 27, he received his first command as a privateer captain. He kept on working until he was able to command his own ship as an independent captain.

The story of a rascal who turned his life around and built a distinguished career was a source of inspiration for writers. As such, many children’s books have been published about him. 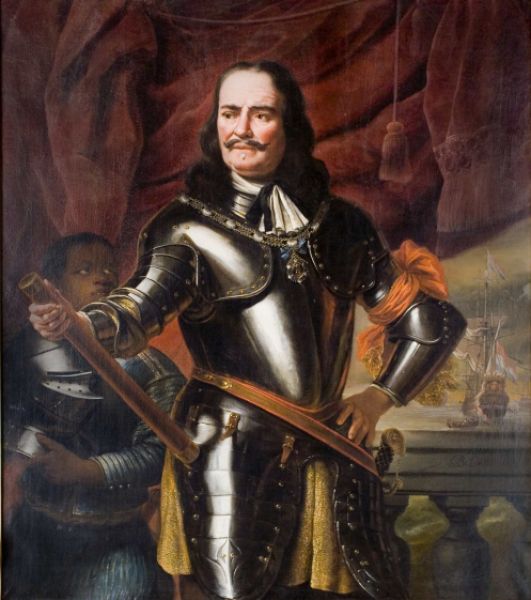 Just when Captain De Ruyter had made up his mind to stop sailing and to stay home with his third wife Anna, the Zeeland Admiralty asked him to become captain and vice-commander during the First English War. Patriotic as he was, he did this, albeit with considerable reluctance. And so began his second career. During the Second English War, he also fought for the Netherlands. He scored many victories and rose to become lieutenant-admiral of Holland and West-Friesland. He also became commander-in-chief of the State fleet. He led the way in modernising the fleet. He ensured that the ships were built better and faster (his new flagship De Zeven Provinciën (The Seven Provinces) was the best of the best at that time) and he also introduced new combat techniques De Ruyter also founded a special unit within the navy: the Korps Mariniers (Marine Corps).

The victories of De Ruyter

De Ruyter was actively involved in a large number of naval battles. That he is still the most famous Zeelander of all time is mainly due to the fact that his brilliant strategic insight enabled him to win many of those battles. Right at the beginning of his second military career, he made his name by defeating the English at Plymouth. An impressive victory considering the fact that the English were much better armed. His most famous exploit is undoubtedly the voyage to Chatham. He sailed with about thirty ships and a thousand soldiers to Medway, where he succeeded in inflicting heavy damage on the English fleet. The flagship HMS The Royal Charles was seized as spoils of war. The decoration on the stern of this ship can now be seen in the Rijksmuseum in Amsterdam. 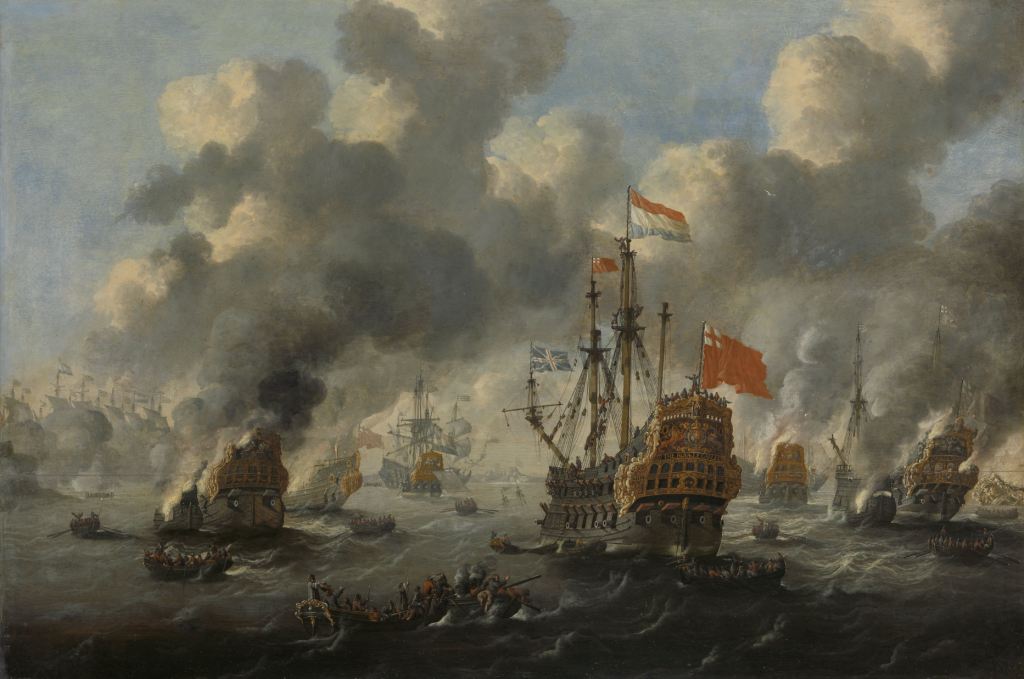 The burning of the English fleet off Chatham, 20 June 1667. This was one of the greatest victories of De Ruyter. Oil painting by Peter van de Velde, 1667-1700 (Rijksmuseum Amsterdam).

During his last voyage, De Ruyter was, in his own words, sent out with a sea fleet that was too weak to help the Spaniards in their battle. He went all the same. He was wounded and died of a wound fever. Upon his return, he was buried in the Nieuwe Kerk in Amsterdam. An impressive, large tomb was made for him, which still occupies a very prominent place there today.

Traces of De Ruyter in Vlissingen

A trip to Vlissingen is a must if you want to gain an impression of De Ruyter. There are still plenty of traces of the past there. Even a tad too many traces at times. For instance, there are about six possible locations for the house where De Ruyter was born in the centre of Vlissingen. You always come across at least a couple of them on a guided tour of the city. What is known for sure, is that he and his family lived at Nieuwstraat 13 until they moved to Amsterdam. Without a doubt, the most eye-catching statue on the boulevard is the one named after him. This statue of Michiel has a beautiful panoramic view over the water. 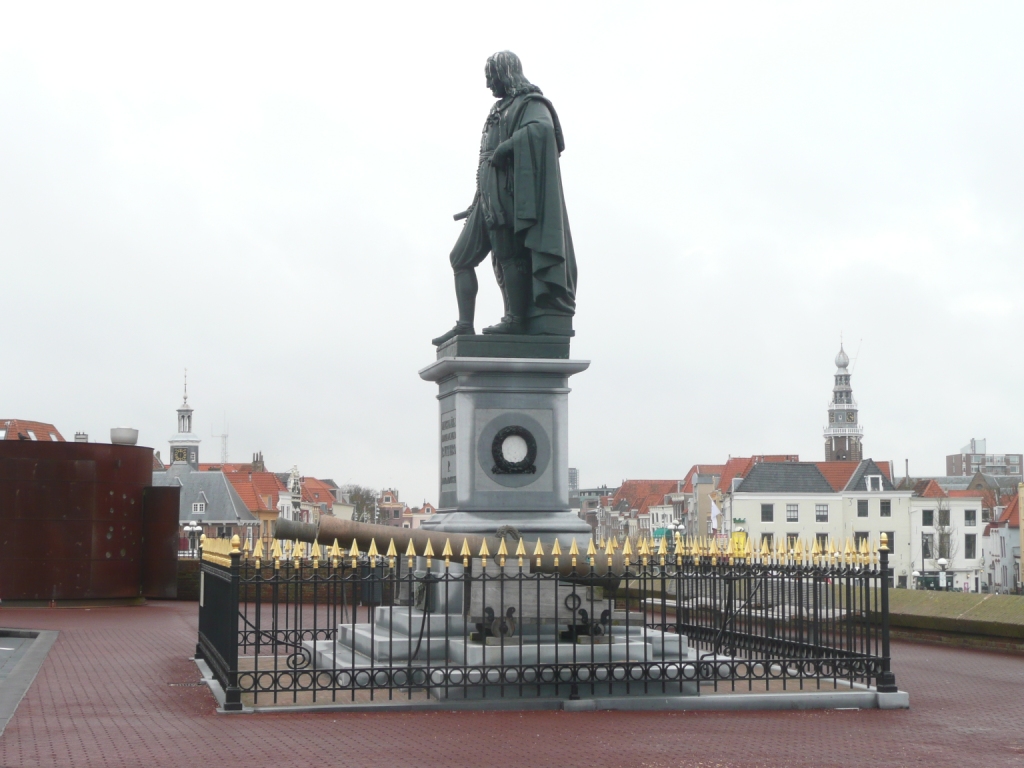 In the Maritime MuZEEum, De Ruyter is also a prominent figure. Here, you will find a magnificent, stately portrait, De Ruyter’s funeral shirt and the rope-makers wheel that he is said to have worked with. And that brings the story of De Ruyter to a fitting end. The muZEEum is partly located in the Lampsinshuis, which belonged to the family in which De Ruyter once started his long working life.

Would you like to know more about De Ruyter? A short video from the Zeeland Canon will take you on a journey through the Vlissingen of Michiel de Ruyter.