Although it is not widely known in the Netherlands, and not even in Zeeland, Colijnsplaat is the birthplace of someone who is still revered by the Japanese to this day. Johannis de Rijke carried out major works there in the nineteenth century, which improved the accessibility of ports and prevented floods, when Japan did not yet have the expertise to do this itself. His statue in Colijnsplaat is still regularly visited by Japanese tourists.

Johannis de Rijke Johannis de Rijke was born on Oostkerkstraat 9 in Colijnsplaat. The original house is no longer there, but there are still plenty of modest working-class houses from those days nearby which will give you an idea of his background. Johannis’ father was a small contractor for dike works and there were ample financial means for Johannis to follow lessons in mathematics and mechanics after primary school. De Rijke worked his way up to the position of supervisor. And then a unique opportunity arose…

In 1873, De Rijke received an invitation from a former employer to travel to Japan. In Japan, Western knowledge and technology was being used in the second half of the nineteenth century to modernise the country and its economy. The Dutch had been approached to make rivers suitable for modern shipping and to upgrade the ports.

Japan offered De Rijke challenging work. It all started with making the Yodogawa River more navigable. Working with inexperienced Japanese forces required a great deal of sensitivity and patience. It took a great deal of effort, for example, to convince them to stop digging wells at the bottom of dikes and to abolish the practice of dredging gravel right up to the foot of dikes.

As an engineer employed by Japan, De Rijke improved the accessibility to the ports of Tokyo and Yokohama. Together with his colleague George Escher, he drew up plans to improve the navigability of a number of Japanese rivers, and they succeeded in preventing the great city of Nagoya from flooding by channeling a river. De Rijke also researched banjirs (violent floods that wash off the mountains) and devised plans to prevent them. 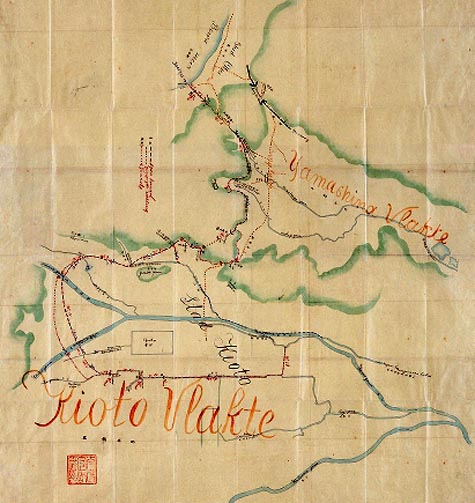 Map accompanying the report on the tunnels between Lake Biwa and Kyoto, submitted by Johannis de Rijke on 23 February 1884 (National Archives of Japan).

Eventually, an end came to De Rijke’s Japanese adventure. He found it increasingly difficult to deal with the Japanese bureaucracy, which was accompanied by deceit, formality and rituals. His dissatisfaction with the attitude of his superiors intensified. Several of his proposals disappeared into the drawer. And once the Westerners had transferred their know-how, the Japanese government often handed over the project management to Japanese engineers.

De Rijke left Japan at the beginning of the 20th century. He travelled back to the Netherlands on the Trans-Siberian Railway and wrote a booklet about it: ‘Zomerreis van Oost-Azië naar Nederland met den Trans-Siberischen Spoorweg’ (‘Summer journey from East Asia to the Netherlands on the Trans-Siberian Railway’). A reprint of this booklet appeared in 2000. But adventure kept calling. During his time in Japan, he had been working on plans for the port of Shanghai and was invited to make a proposal. His was the best of the bunch and together with his 16-year old son he set to work in Shanghai clearing away the problematic sandbanks in the Whangpoo River. Thanks to his efforts, the port of Shanghai became much more accessible.

Although De Rijke is not a household name in the Netherlands, you can’t underestimate his influence in Japan and how widely known he still is there. He received the kind of recognition ((and opportunities) in Japan that he would never have had in the Netherlands without a university degree. De Rijke was held in high esteem by ordinary people. Their homes no longer suffered flooding. More accessible ports and navigable rivers led to a more prosperous economy. This was also greatly appreciated and he was decorated with honours on several occasions. In Japan, he was appointed to the Order of the Sacred Treasure and Knight of the Order of the Rising Sun. He was also knighted in the Netherlands and Belgium. 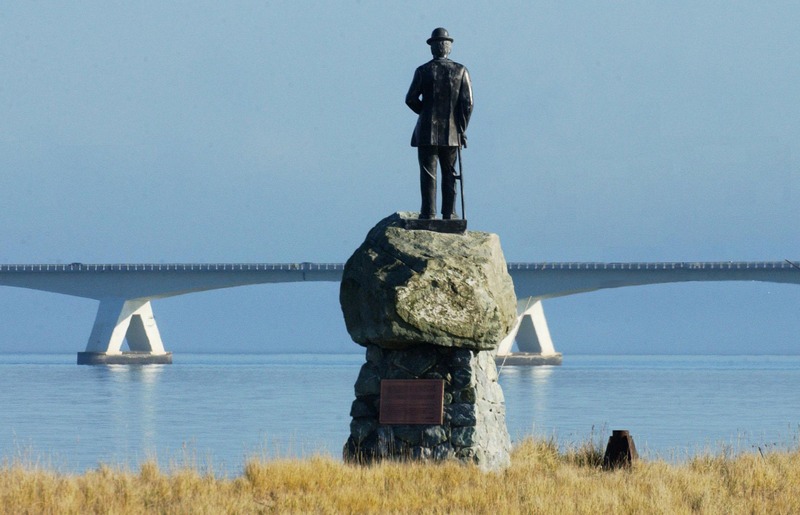 In Japan, De Rijke is still revered to this day. Every year, a Japanese delegation visits his grave in Amsterdam to lay a wreath and perform a Shinto ritual. He has been immortalised in Japanese schoolbooks, scientific curricula, films and plays. A four-metre high bronze statue of De Rijke stands near Nagoya. A Johannis de Rijke rowing race is also held there annually. In Colijnsplaat, very few reminders of De Rijke remain, but the village still regularly welcomes Japanese tourists. Near Ooststraat, where De Rijke was born, is a bust of De Rijke, and on the pier is a replica of the statue in Nagoya.