Frans Naerebout is one of the greatest sea heroes that Vlissingen has ever had. He was a pilot, not a privateer like the more well-known Michiel de Ruyter. He was someone who saved people’s lives. On the Boulevard de Ruyter in Vlissingen, where you have a splendid view of the pilot boats sailing in and out, stands a statue of him there in action, ready to throw a rope to someone.

From fisherman to pilot and lifesaver

Frans Naerebout was from a humble background. He started his working life in the same line of business as his father: fishing. But over the years he worked his way up to become a pilot. And that is how he became a national celebrity: by saving sailors on the Westerschelde. 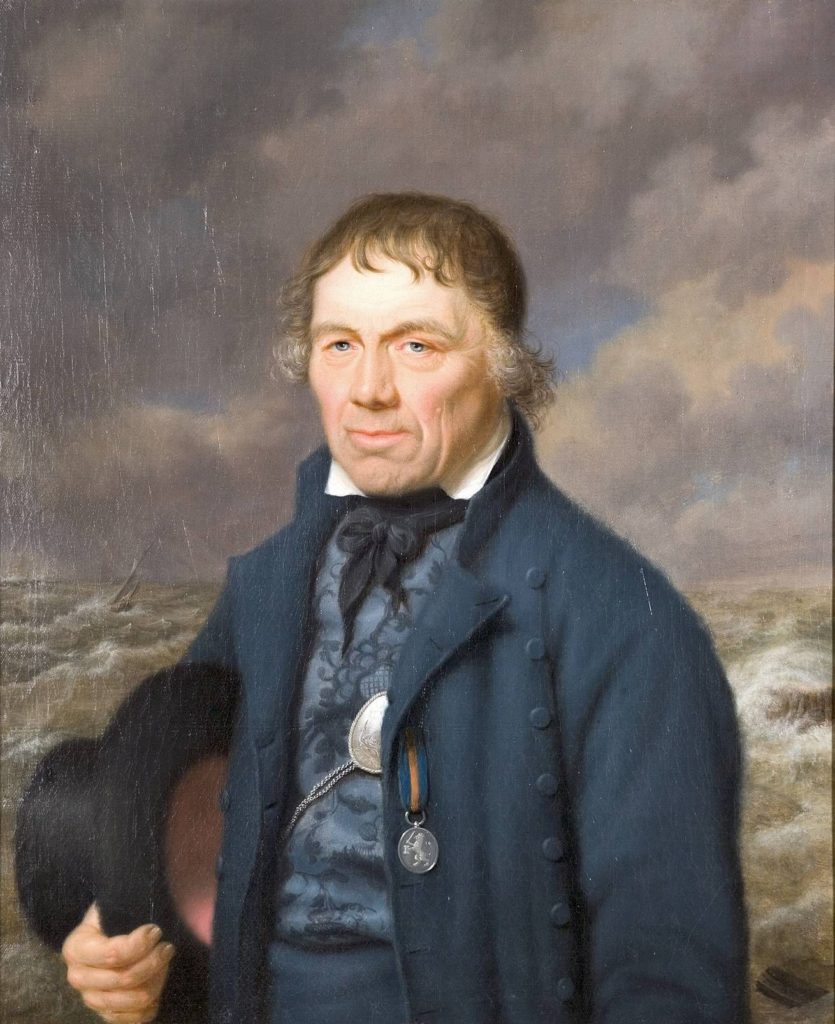 It was 27 July 1779. The heavily laden East India vessel, a ship named Woestduin, had almost returned to its home port of Middelburg after a long voyage from Batavia. Then it ran into a sandbank in the Western Scheldt There was a fierce storm and the ship was engulfed by big waves. There was a fair in Vlissingen that evening, but it was rare to see such a spectacle and the population turned out to look at the ship in distress. The crew seemed doomed to perish. Despite this, Frans Naerebout, his brother Jacob and seven others dared to take on the risk. After a few failed attempts, they managed to save 71 of the 129 crew members with their small ship. The following morning, he saved another 16, bringing the total to 87. A memorial of one of the passengers who did not survive can still be found in Vlissingen. There is a grave marker for D.O. Barwell in the Sint Jacobskerk. Not much of the cargo survived either, but the Zeeland Museum in Middelburg still has some ceramic fish from the Woestduin in its collection. 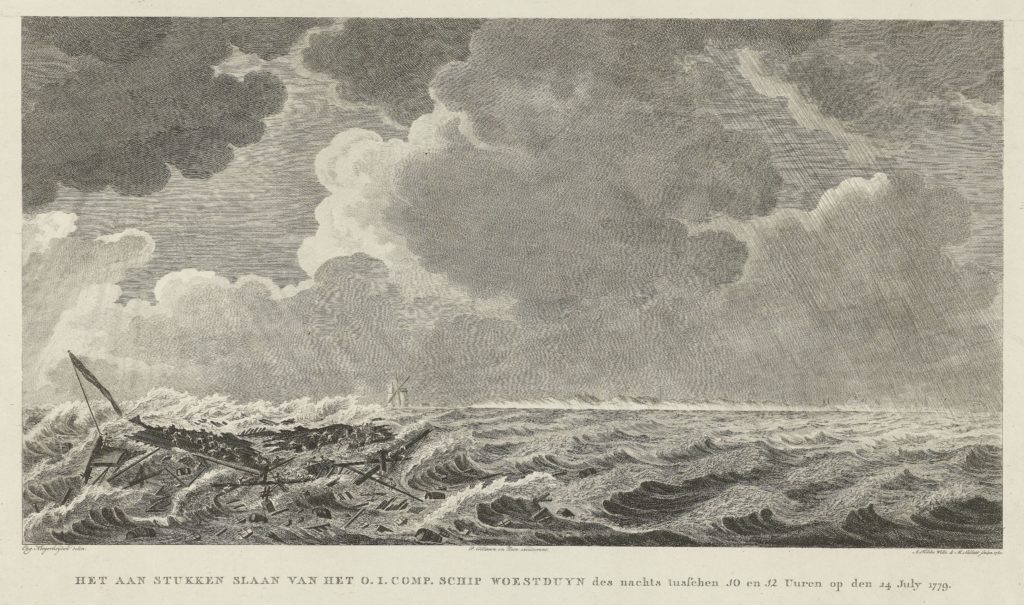 The rescue immediately became national news and the brothers were showered with rewards and honours. The VOC awarded them 1,800 guilders. And then they went on with their lives. Jacob carried on fishing and died a few years later. Frans remained employed as a pilot. As time went by, Vlissingen did not fare so well economically and because merchant shipping had almost come to a standstill, there was less work for pilots as well. Naerebout eventually had to look for a new job when he was about 60.

Naerebout was able to find additional income in shrimp fishing. And finally he was offered work, which meant he had to leave the city where he had grown up. He became the port and lock master of the newly reclaimed Wilhelmina polder and later on, a lighthouse keeper in Goes.

A life of poverty

It was not a life of luxury. His wife found a place to live in Goes and Naerebout himself lived on the sea dike of the Oost-Beveland polder in a small house made of sails and planks. It took him years to finally move into a wooden house with a chimney and a tiled roof. It was then that his wife could move back in with him.

Traces of the Naerebout’s life

The last home of Naerebout disappeared during a dike breach (a sudden collapse of a section of a dike). Belgian divers most likely found remains of it at the beginning of this century. They found roof tile gravel. It is quite possible that these are the roof tiles that made the last years of Naerebout’s life a little more comfortable. A memorial stone in honour of Naerebout was unveiled at the Goese Sas in 2005. 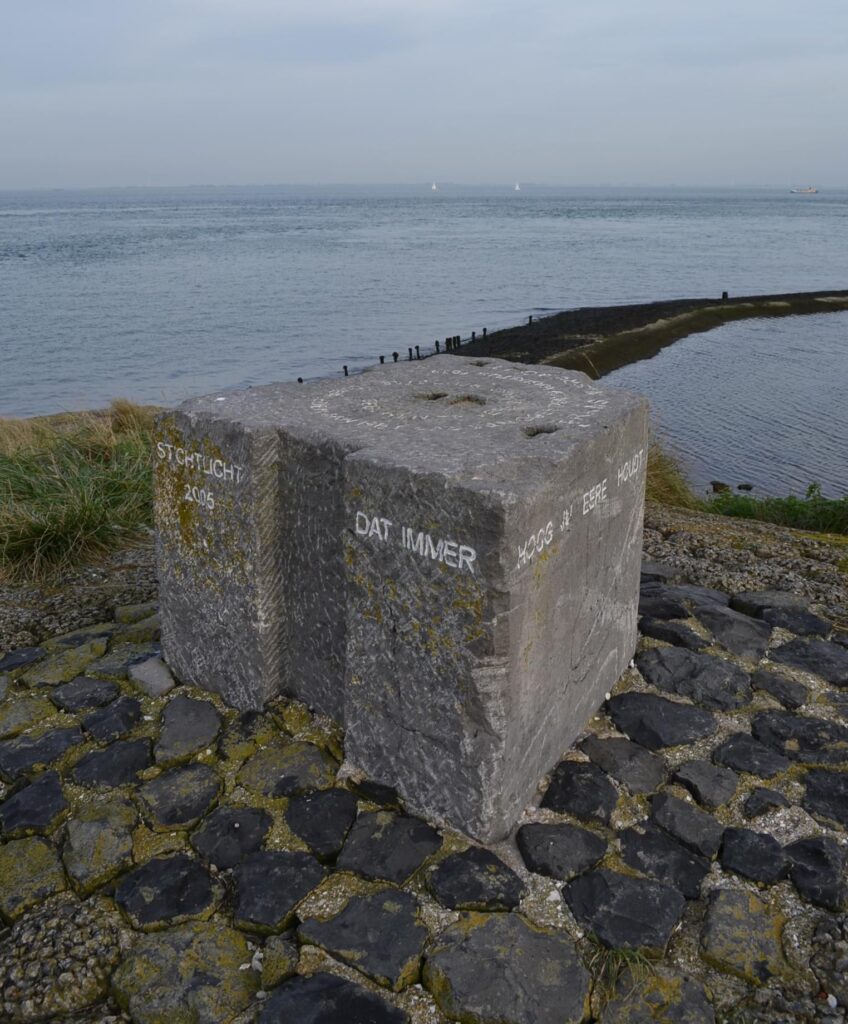 There may not be many tangible traces of Naerebout, but there are still plenty of people who work just as courageously as he did to rescue lives at sea. The Royal Netherlands Sea Rescue Institution (KNRM) has several stations in Zeeland: at Cadzand, Breskens, Westkapelle, Veere and Neeltje Jans. They often organise open days with demonstrations and boat trips. Would you like to see today’s pilots in action? Then you need to visit Naerebout’s home town. From the boulevards of Vlissingen, you have a perfect view of the pilot boats sailing to large ocean-bound ships. The pilots then climb aboard via a small ladder, even in a strong winds. They are quite the heroes too, all things considered.