A province with a strategic position like Zeeland needed to be able to defend itself well. This is why forts were built throughout the centuries, for example to retain control over the Westerschelde. Many forts have been preserved and you can visit some of them. Each one tells its own particular part of Zeeland’s history.

Fort Rammekens is the oldest sea fort in Western Europe. Its construction dates back to 1547. The fort was situated in an exceptionally tactical location, although this is hard to see in today’s landscape. The fort used to be built over the Westerscheldedijk and was consequently positioned right on the fairway. You can see from the large arched recesses in the walls where the dike used to be. Since then, a new dike has been built at the height of the Delta, at a considerable distance from the fort, and the fort has now lost its overview of the water. 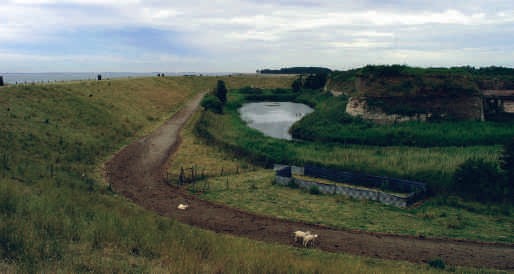 Fort Rammekens seen from the seawall.

Throughout the centuries, the fort has been used for many different purposes. The Spanish, English, French and Germans have all held the fort. Often it was used as a fort, of course, but it has also served as a gunpowder depot and even a mushroom farm. The building was poorly maintained for a long time and, as a result, not all of the walls are in such good condition anymore. Which is why rare wall plants now grow there. Nature plays an important role here regardless. Bats live in the fort and it is located on the edge of a beautiful forest and creek area with lots of hiking trails. Fort Rammekens is open for visits several days a week during the tourist season.

During the Eighty Years’ War, a furious battle raged between the State and the Spaniards in Zeeland-Flanders and Flanders for many years. Many lines of defence and forts were built. You can still see the lines of defence in many places in the landscape. Most of the forts have been demolished. There is not much left of the Oranje and Nassau forts near Retranchement, for instance. However, the fairly high defensive walls that belonged to this whole area are still there for the most part and give you a good impression of what kind of construction work was undertaken here. 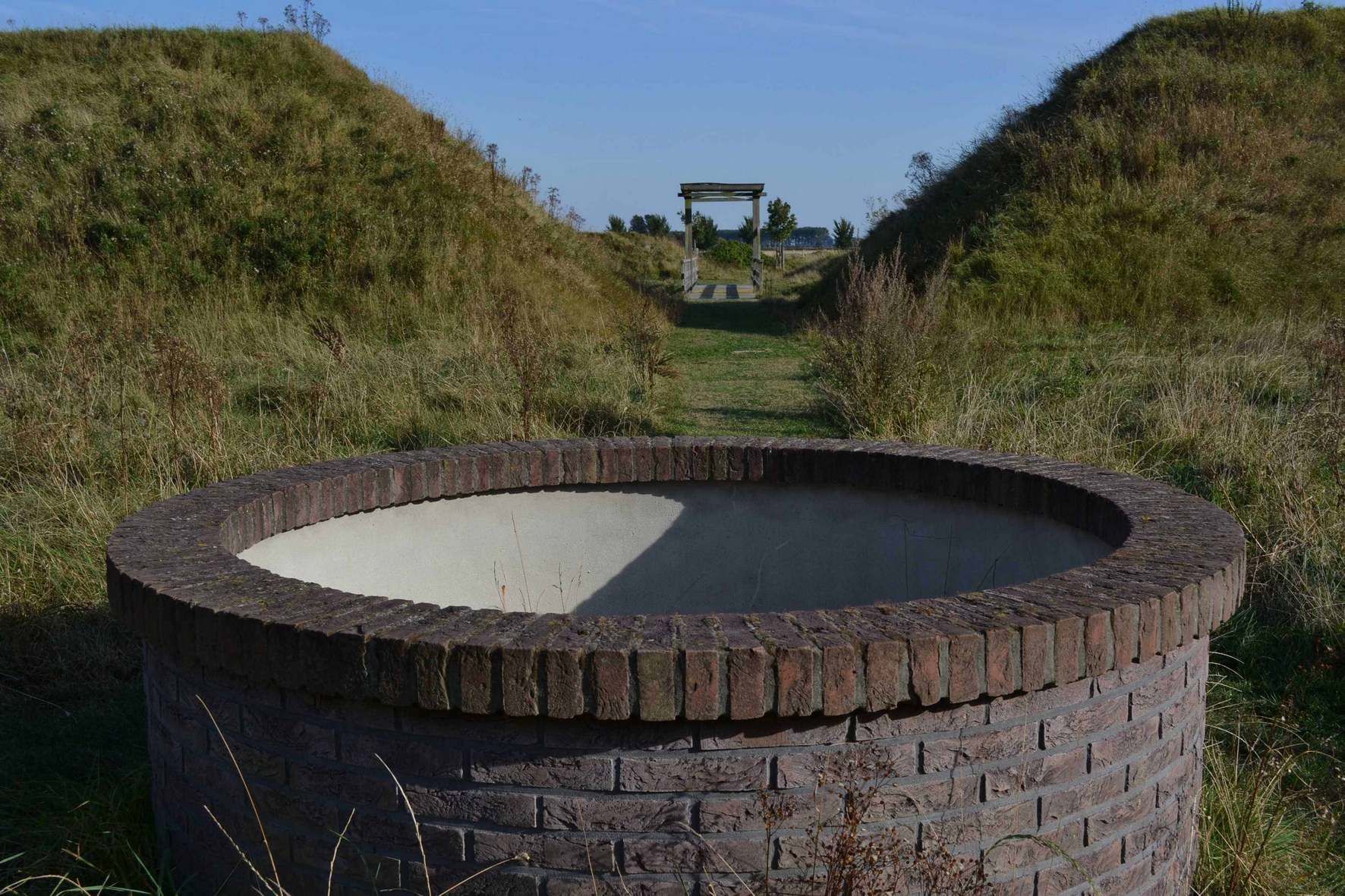 There were also many lines of defence and forts near Axel. Staatsbosbeheer (the State Forestry Administration) manages three areas here where forts used to stand: Sint Joseph, Sint Jacob and Sint Livinus. They have restored the moats around the forts to the landscape, which provides a very good idea of the scale of the buildings.

Just across the Belgian border lay Fort Lillo and Fort Liefkenshoek. They were built in 1579 by order of the city of Antwerp because people feared a Spanish siege. When Antwerp eventually did fall, the forts remained in the hands of the States and put up considerable resistance for a long time. As often was the case, a village sprang up at Fort Lillo. You can still see it nowadays in the fort.

Fort Bath was built in 1786/1787 as Lillo and Liefkenshoek had fallen into the hands of the Austrian Netherlands and the Republic sought to maintain control over maritime traffic in the direction of Antwerp. The fort did not even last a century, but it has left its mark. This is where the foundations for the present-day village of Bath lay. The original Bath had sunk and given its name to the new fort. A village arose around the fort and was also called Bath. During its brief existence, the fort played a role in the skirmishes between the French and English and was used to seal off the Westerschelde during the Belgian revolution. When peace was restored, the fort became obsolete. The ramparts and moats of the fort have all gone. But a few buildings and the street plan were preserved. Bath street names like Kazerne-, Arsenaal- and Walstraat are reminders of the time when this was a fort.

When you stand on the Oostelijke Bermweg, just east of Vlissingen, and see a part of the foundations sticking out above the grass here and there, you would never know it, but there were once plans to build a fort here that were very advanced for that time. Napoleon had already built the seven-sided Fort Hilaire here at the beginning of the nineteenth century. It was only just finished when the French withdrew from the Netherlands. The Dutch took it over as Fort De Ruyter, but even they did not get to enjoy it for long. The fort was out of date. The walls could not stand up to modern weaponry and so it was demolished. Before long however, plans for a new building were drawn up and, when war threatened in 1913, the decision was made to build the new fort. It would cost more than five million guilders, but was equipped with the most modern cannons. A start was made on the foundations, but once the First World War broke out, construction came to a halt. And when they later considered building it, the plans were once again outdated – that is how fast the development of ammunition went during this war.

When Belgium wanted to secede from the Netherlands in 1830, the Netherlands started building coastal forts along the Westerschelde to secure access to Antwerp and to protect Vlissingen. Fortifications were built around Terneuzen between 1833 and 1839 and Fort Ellewoutsdijk was built opposite Terneuzen. Together with Terneuzen, it served as a second stronghold – the first one being the Bath fort located further upstream. When The Netherlands and Belgium made their peace soon after, the fort lost its function. During the Second World War, it was occupied again by the Germans, who built a machine gun bunker on the west side of the fort. 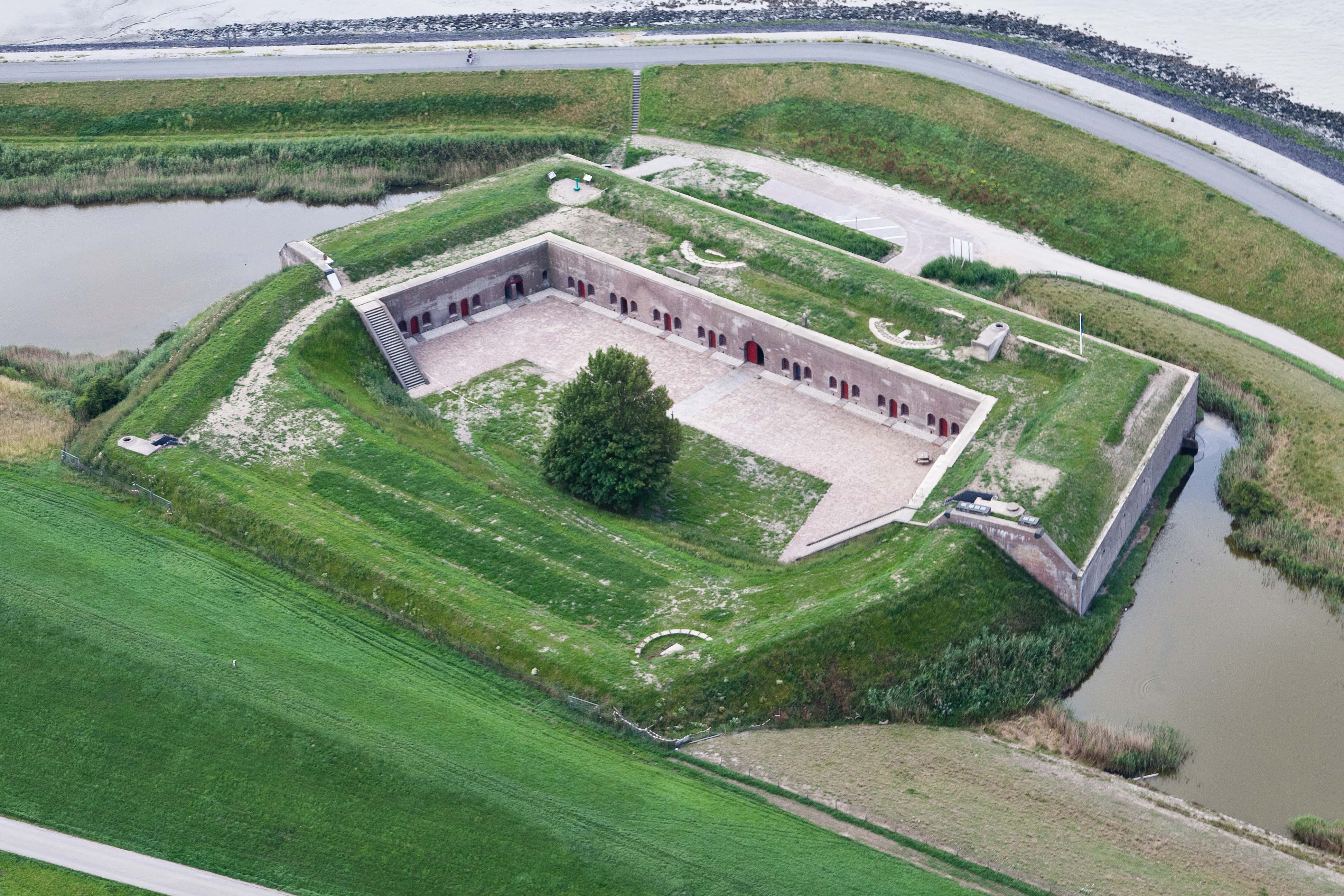 These days, the fort is still in remarkably good condition. It is regularly open to visitors and in August, the annual Oeljebroelje festival takes place here, which features mainly local artists, performers and musicians.