Zeeland is not, at first sight, the most castle-rich province in the Netherlands. There are a relatively small number of fine examples (Westhove Castle, Moermond Castle and Haamstede Castle) within the province’s borders. Only when you delve more deeply into the subject do you realise that there is a lot to be discovered when it comes to castles in Zeeland. There are many traces of castles, you can find foundations in the most unusual places and it is also full of enthralling stories about the Middle Ages.

Before castles were established in Zeeland, there were motte castles. Traces of these can still be found, especially in the middle of Zeeland. The building structures have all long since disappeared, but the mounds on which they stood can still be seen here and there, rising haphazardly above the landscape. These motte castles fell into disuse at the end of the 13th century when brick castles were introduced.

These modern brick castles were expensive to build. Only the most important and wealthiest ambachtsheren (ruling landlords) could afford such a complex. The noblemen who had a stone castle consequently became even more important and powerful than they already were. They could also offer protection to the residents of the surrounding area. 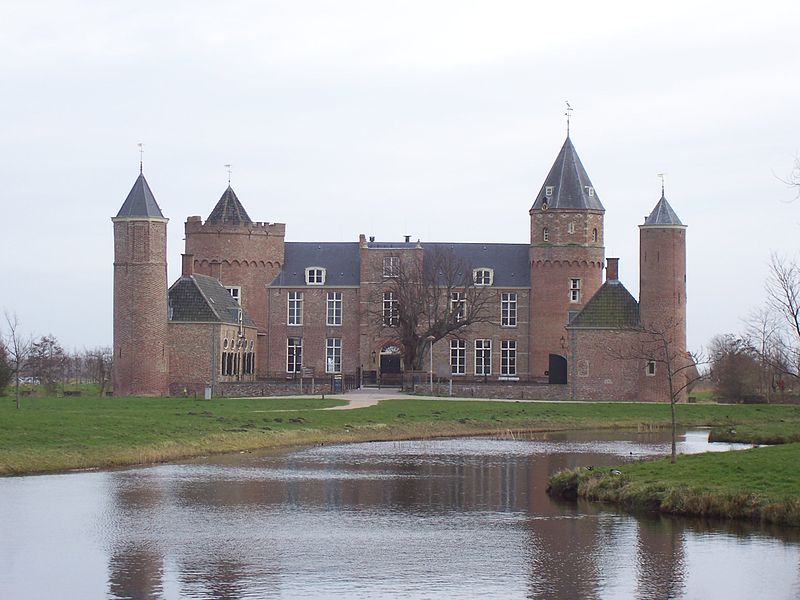 Westhove Castle dates from the thirteenth century. In the Middle Ages, it was part of the property of the Middelburg abbey. The castle lies in the Manteling, an area of woods and dunes that became a favourite retreat for the Middelburg elite in the seventeenth and eighteenth centuries. From the 17th century onwards, Westhove served as a country retreat for various prominent families from Zeeland. You can still see their traces at the location of the present-day Westhove. For example, there is a weather vane in the form of a heron on one of the towers; this is a reference to the Van Reigersberg family. This family of owners also had an orangery built next to the castle. In the 19th century, the castle became a convalescent home for sick children. These days, it houses a hostel where you can stay the night. Terra Maris, the Museum for Nature and Landscape, is found in the orangery. A replica of a motte castle stands in their landscape garden. 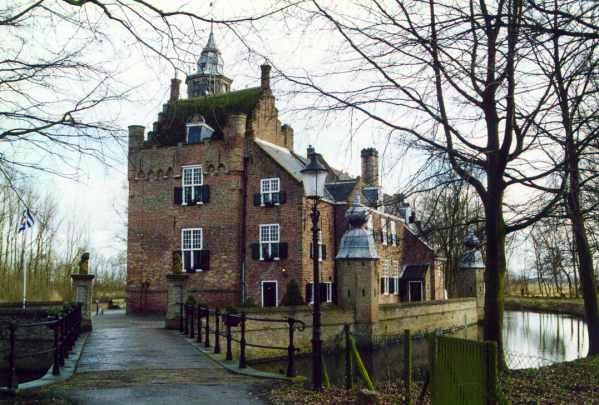 The current Moermond Castle near Renesse is the third castle to be built on this site. The first Moermond Castle was built around 1230 and was destroyed during a battle at the end of the thirteenth century. In the early thirteenth century, Moermond Castle was rebuilt on the same site, albeit a little further away. That castle was also lost, except for the main gatehouse, more than a hundred years later. The current Moermond Castle has already lasted for several centuries. It dates from 1513. The gatehouse that was left over from the previous castle was converted into a rectangular house with several floors. Part of the west wing was most probably built using the large masonry stones from the first castle. Extensions and restorations have subsequently followed. Today, the castle is home to a hotel. You can stay the night and weddings are also held here. Moermond Castle can also be seen in this Zeeland canon film.

Haamstede Castleis located in the centre of Haamstede, on the edge of the Zeepeduinen. This castle also dates from the thirteenth century and you can clearly see it from the street. What is quite unique for a Zeeland castle is the fact that an original thirteenth-century section can still be seen here today. The original donjon (fortified tower residence) still forms part of the building. Inside the donjon, there was a knight’s hall and a large hall, among other features. It was not a very comfortable place to live in. That is probably why the residential tower was extended in the fifteenth century. However, the large castle that resulted from this burned down in 1525. In the seventeenth century, the castle (or what was left of it) was restored and rebuilt, and finally in the eighteenth century, it was converted into a comfortable country retreat. In the twentieth century, the entire building complex was restored once more. The family of owners sold the castle to Natuurmonumenten, (a Dutch organisation for nature conservation), but they still have the right to use the castle and the castle forest. 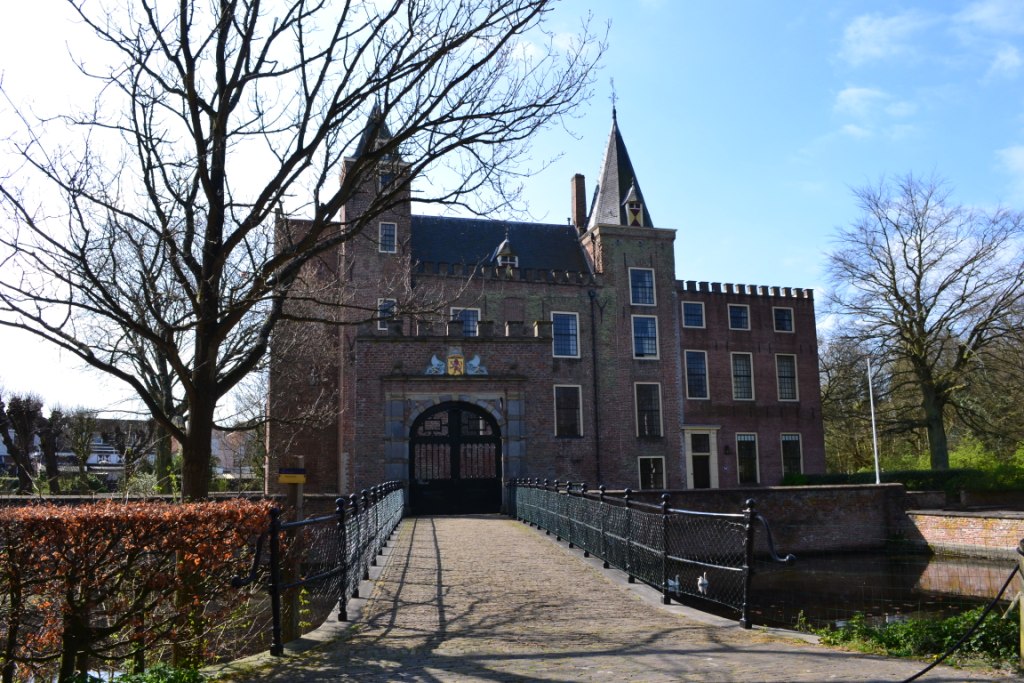 Haamstede Castle with the gate featuring the coat of arms of Haamstede above it (Erfgoed Zeeland).

Hellenburg Castle, located just outside the built-up area of Baarland, is not visible from a distance. It does not have a tower or any other tall landmark. The only thing that can be seen here are the mortared foundations of the castle. Together, they form a kind of life-size map of the layout of a medieval castle. A unique way to look at a castle.

In the fourteenth century, a donjon measuring 11 by 11 metres was built here with walls two metres thick. The tower was surrounded by water on four sides. In the fifteenth century, the tower was expanded into an impressive complex with a main fort measuring about 40 by 30 metres. If you enter the grounds now from the Hellenburgstraat, you then reach the rear of the complex. The front side was located next to the wooden bridge. In the Middle Ages, this kind of bridge connected the front part of the fort with the main building.

The castle was probably abandoned fairly soon after this expansion when the floods of 1477 hit. It fell into disrepair. In the mid-twentieth century, the remains were uncovered and restored to its present state. You can explore the grounds. You could also watch a short film from the Zeeland canon which features the castle in a leading role. If you visit Hellenburg, be sure to have a look around in Baarland itself. This is where you will find the restored coach house of the former Baarland Castle. Access to the grounds is limited, but you can admire the entrance gate from Slotstraat. 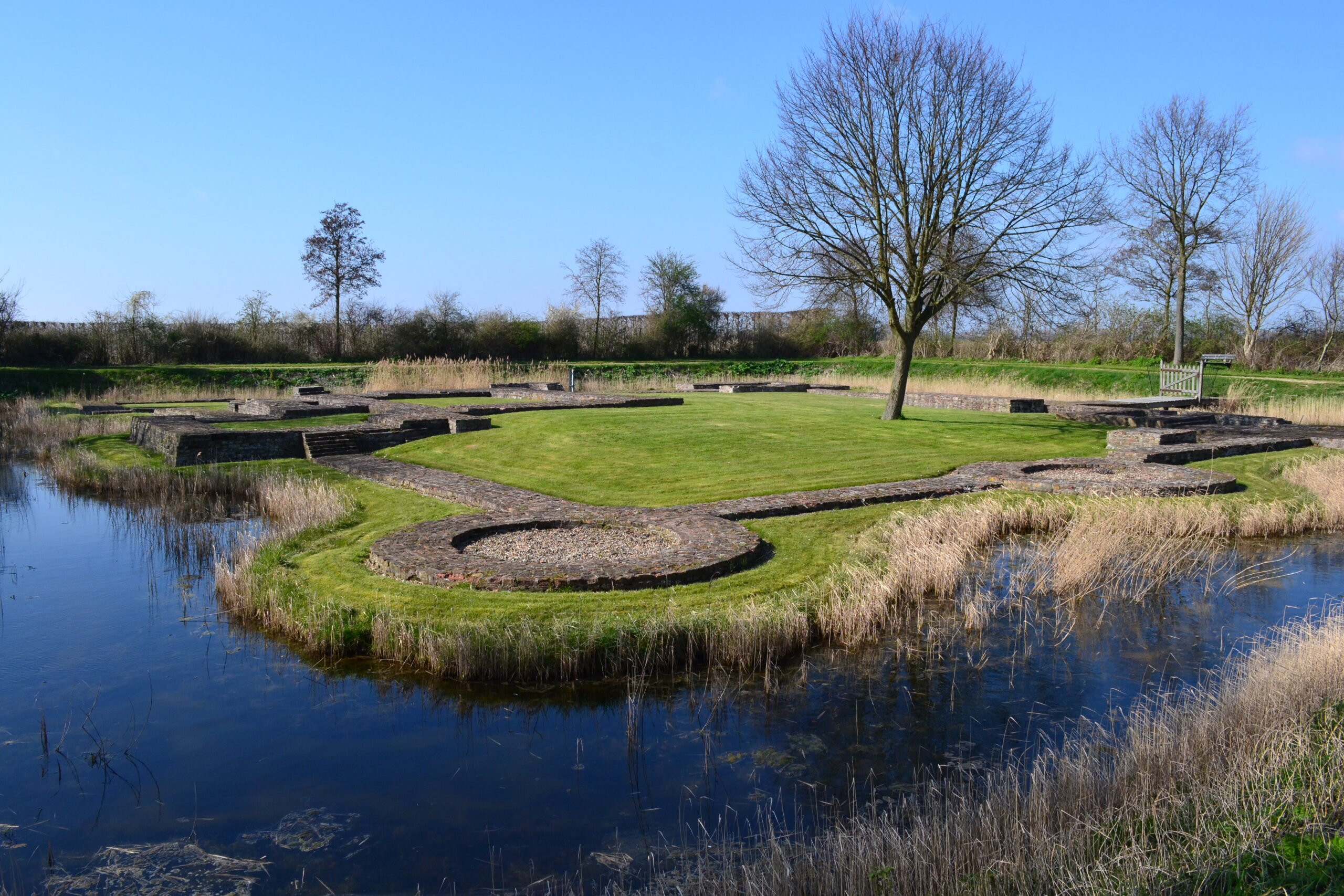 There are countless other castles in Zeeland besides the ones mentioned above. Most of them cannot be found with the naked eye, but instead with the help of modern technology. A great deal of research has been done on Walcheren alone. For example, walls of the Huis ter Mortiere (a former castle and monastery between Middelburg and Arnemuiden) have been mapped out using a method that measures electronic conductivity and magnetic sensitivity in the subsurface. You can also wander around the Ter Hooge country estate or dine or have a drink in the meticulously restored Oostende Castle.