Ask anyone who does not live in Zeeland what they associate with the province and they are bound to bring up the traditional clothing worn back then (second to the sea and the beach). Nevertheless, the streetscape of Zeeland is no longer dominated by people wearing traditional attire, and it hasn’t been for quite some time now. But Zeeland’s regional clothing has been well preserved and still comes out of the closet on special occasions (ring riding (a type of game on horseback), ‘sjezen’ riding (horse and cart rides) and straô (riding horse in procession on the beach) for example). It may no longer be visible on the streets, but it is still in the hearts of many Zeelanders.

At the end of the eighteenth century, both women and men in the rural areas of Zeeland wore a similar type of civilian dress. Women wore a jacket, collar (breast and back flap) and piece of cloth and several skirts on top of each other. An apron was worn over the top skirt. They also wore a white bonnet with a cover on top of that. Outdoors, they wore a large straw hat on top as well. Men dressed in knee length trousers and a smock, sometimes with a vest over the top. They would wear a neckerchief around their neck and also a coat and a hat when outdoors.

At the beginning of the nineteenth century, regional differences arose in the clothing of the rural population. Ultimately, Zeeland boasted no less than sixteen different regional outfits. For example, there is a big difference between the traditional attire in Schouwen-Duiveland where elegant veiled bonnets were worn, the Land van Axel where distinctive high-cut clothing was worn, and the Land van Cadzand where women wore white carcass bonnets embellished with lace. In any given area, there were sometimes variations per village or professional group, religious denomination or even marital status. 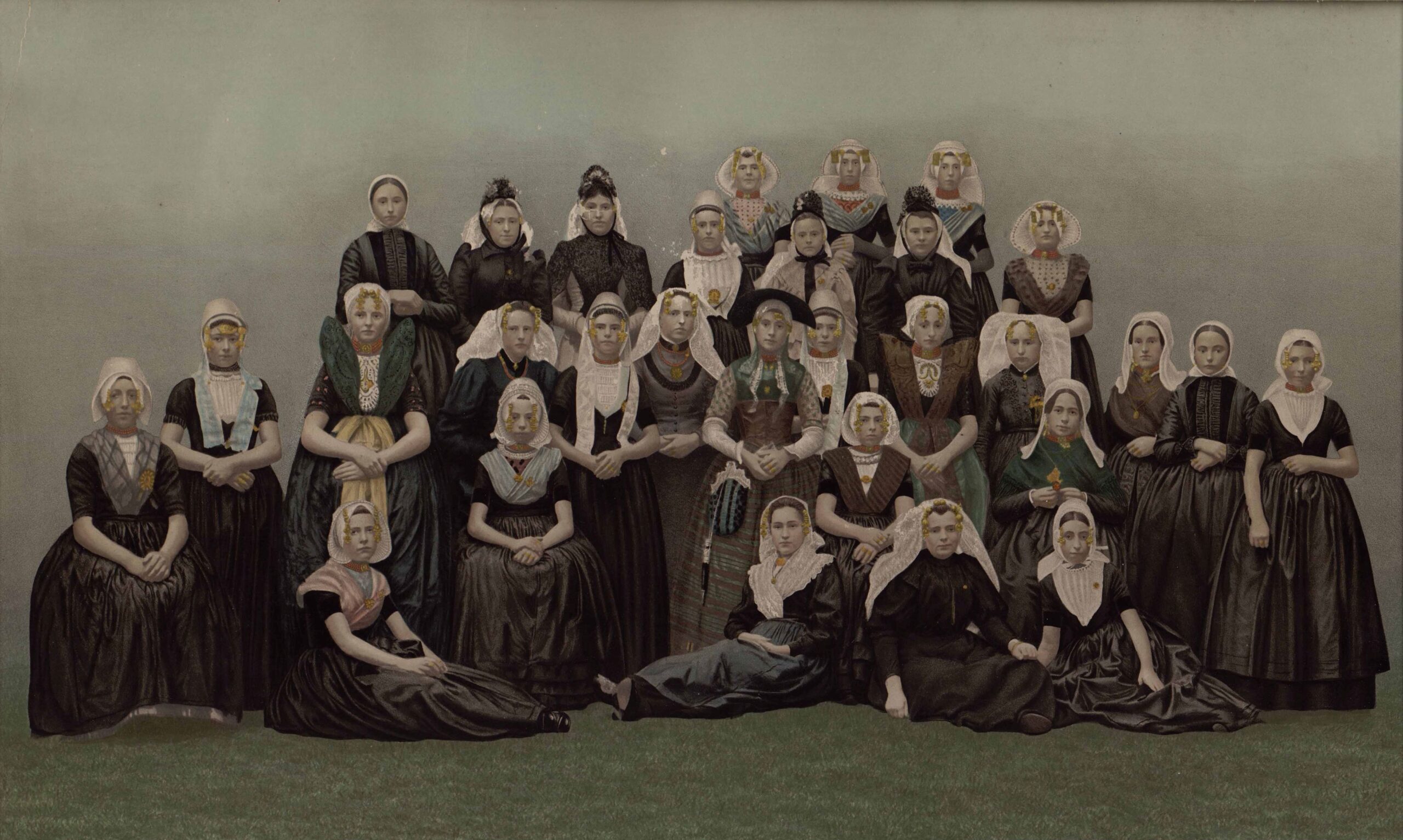 Women in a variety of Zeeland traditional dress, shown to Queen Wilhelmina and Queen Regent Emma on the occasion of their visit to Zeeland on 21 August 1894 (Schouwen-Duiveland Municipal Archives, Schouwen-Duiveland Image Bank, E. Helder).

How traditional attire developed depended on all kinds of factors. Money, but also the social structures were decisive. A closed community was not open to outside influences. Open communities easily adopted influences from bourgeois fashion, for instance. The Land van Cadzand and the northern isles were more fashionable because an elite of rich farmers resided there. They had plenty of money to add fashionable new touches to their outfits. 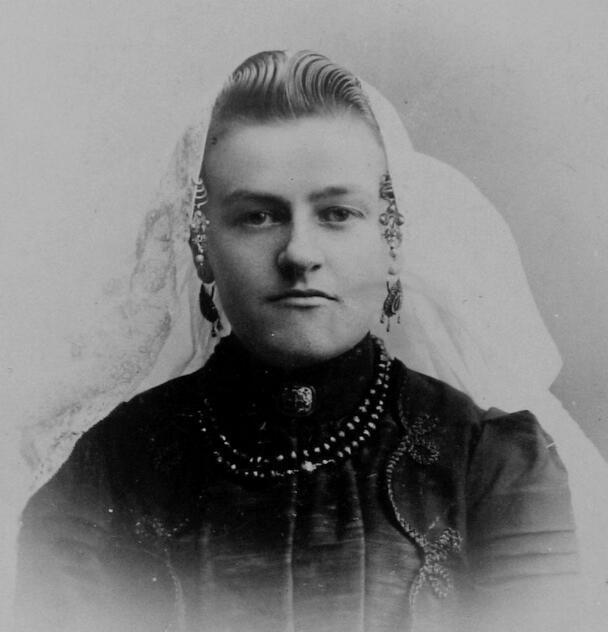 Apart from the impromptu whims of fashion, there was also a more gradual evolution when it came to fashion. Each generation brought its own set of changes. Walcheren women, for example, let a little more of their hair show from under their bonnets. The sleeves of their jackets became shorter, their skirts longer and their necklines lower.

From colour to plain

An important development in fashion was the disappearance of colour from the traditional dress. Early regional outfits were particularly colourful. Over the course of the nineteenth century, colour disappeared from traditional dress. This was probably following a trend in mainstream fashion. As the colours became darker, women started to pay more attention to the decoration of their outfits. They added all kinds of embellishments and embroidery. On Walcheren, the bonnets were decorated even more. While in Axel, bonnets were decorated with embroidery and beads and they made ornate bows on aprons. 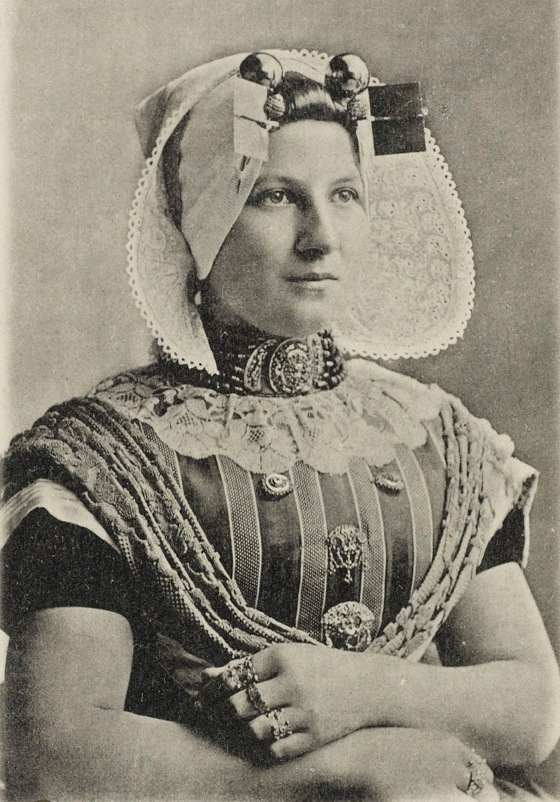 Protestant woman from Zuid-Beveland, circa 1890 (private collection). She is wearing several pieces of jewellery, such as a large filigree front closure, bust collars with matching side-pins and various rings from Zeeland.

Jewellery played an important role in fashion. Sometimes a piece of jewellery had a practical function (for example earrings, pins, buttons and buckles). For men, the silver trouser bands and flaps that they used to fasten their trousers were an important functional decorative feature. Other jewellery was purely aesthetic. Women sometimes hung gold bonnet rings on their earrings. They also wore, for example, one or more necklaces made of blood coral, agate or black beads.

One piece of jewellery has now made a huge comeback in Zeeland: the Zeeland button – known as the ‘Zeeuwse knoop’. Originally, men wore this refined forged gold or silver button, but later women also started using it as a piece of jewellery (hatpin or brooch). Zeelanders have embraced the shape of the button and you can now see it popping up all over the place. As a piece of jewellery, but also as a baking tin, a bicycle bell or a bar of soap, for example.

Status and other codes

Jewellery was an excellent way of showing off your status. This could be done by the simple use of materials and quantity, but there were often subtler codes as well. Women who wore rings larger than their finger’s joint, for example, used these to show that they did not have to work. You could also use your clothes to show that you were rich. Sometimes this was done by wearing luxurious materials, but there were codes here as well. Women who had a lot of clothes could afford to keep them folded up in the wardrobe for a long time. This meant that a sharp crease in the clothing became a status symbol. Clothing and jewellery also revealed all kinds of information about the wearer. For example, you could often tell whether someone was married or not and it was also obvious from your sober clothing if you were in mourning. 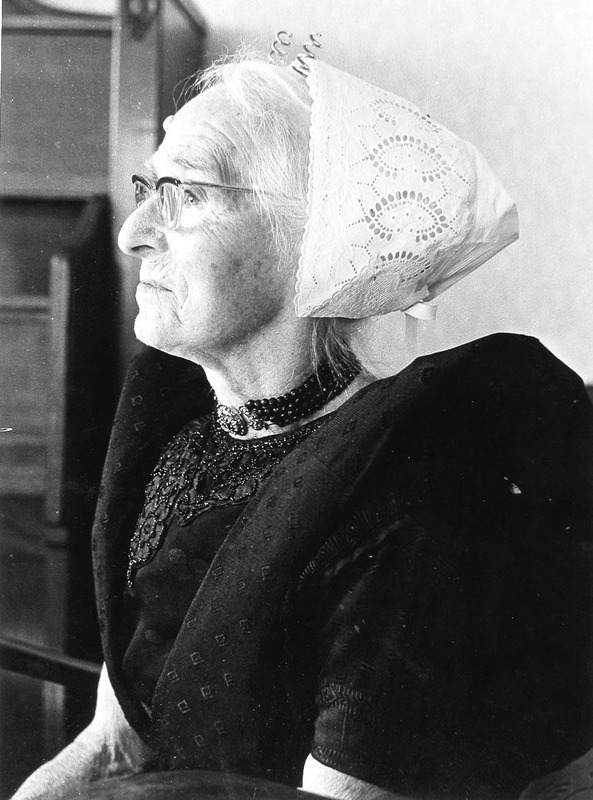 People did not always wear the same clothes – they tailored their clothes to the occasion. For one thing, there were work clothes and there were Sunday clothes. When people had to work, they wore clothes made from cheap but strong fabrics. Jewellery was kept to a minimum during work. The finest clothes and jewellery were saved for going to church on Sunday. These clothes were intended to be shown off.

The demise of regional costumes

In the second half of the nineteenth century, the first regional outfits started to fade away. This was partly because society became increasingly less closed off. Moreover, traditional dress was too expensive in the 1930s and during the Second World War. Since 2003, men in Zeeland have stopped wearing traditional dress on a daily basis altogether. Although in 2013, 72 women were still wearing traditional attire. 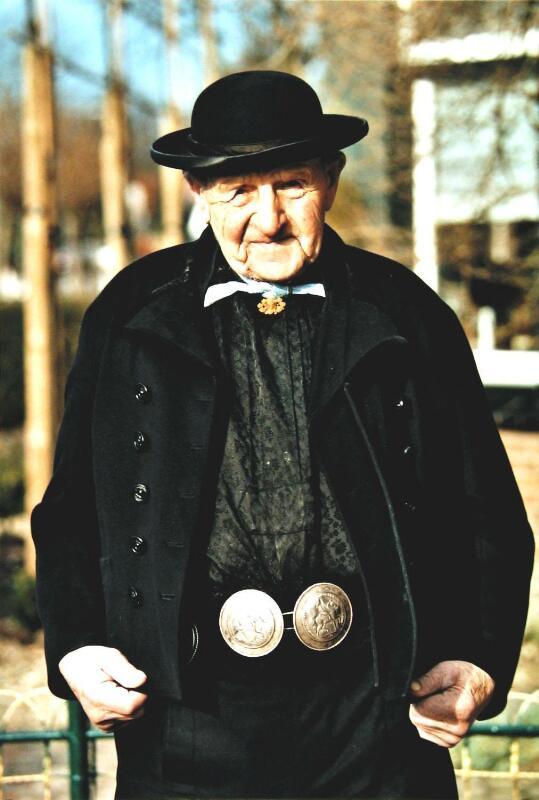 While traditional dress faded from the countryside, outside interest in the region continued to grow. This led to folklorists starting to collect discarded items of clothing, jewellery and accessories in the second half of the nineteenth century. Consequently, much has been preserved and thus laid the groundwork for museum collections that you can still see today in, among other places, the Historisch Museum De Bevelanden in Goes, Museum Arnemuiden, Museum Veere, Museum Het Warenhuis in Axel, Museumboerderij Goemanszorg in Dreischor, Streekmuseum De Meestoof in Sint Annaland and the Zeeuws Museum in Middelburg.