In a province rich in fertile sea clay, it is not surprising that fruit is grown there. The Romans not only left their mark on the fishing industry. They also introduced cherries and plums. Remnants of these have been found during excavations in Aardenburg. Yet for centuries, fruit cultivation was mainly a small-scale activity. It was only later that a full-blown fruit-growing industry emerged. 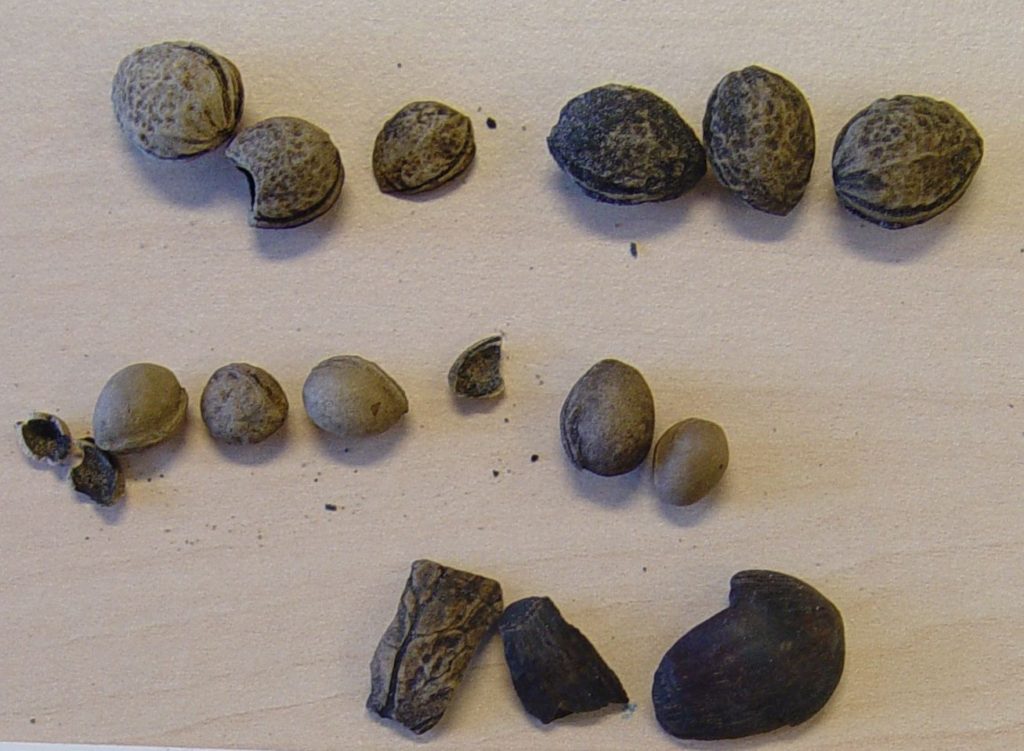 The cultivation of fruit mainly stemmed from monastic communities and the nobility. Monastic orders had knowledge about grafting fruit trees in house and it was through them that fruit varieties spread across Europe. From the eighteenth century onwards, fruit cultivation became more accessible and you also saw tall fruit trees appearing on farms. At first, fruit production was for private use, but soon it was also done for trade.

Large-scale cultivation really took off at the beginning of the 20th century. This changed the look of the province considerably. By the middle of the century, approximately 5,000 hectares of Zeeland land was in use for growing fruit. This often involved standard fruit trees, but also smaller fruit varieties. They worked with fruit varieties that thrived in this region. There was always a shortage of workers during harvest time. That is why fruit was often picked by women: they were often seasonal workers. Several fruit auctions were organised in the region and Goes even had an annual fruit parade. You can experience for yourself what it was like at such an auction in those days at the Thoolse Streekproductenveiling (Thoolse regional products auction) in Sint-Annaland. On Wednesday mornings in July and August, you can sit on the authentic auction benches and buy local produce at this open auction.

Although large-scale cultivation had only just started up, it changed radically halfway through the twentieth century. Export problems arose during the Second World War, consumer behaviour changed (only viuallyappealing and undamaged fruit was sold), agriculture was intensified and scaled up and the management and harvesting of standard fruit was expensive. There was even a hard work bonus for standard fruit orchards. Nowadays, commercial fruit production is carried out almost entirely with low bush trees. 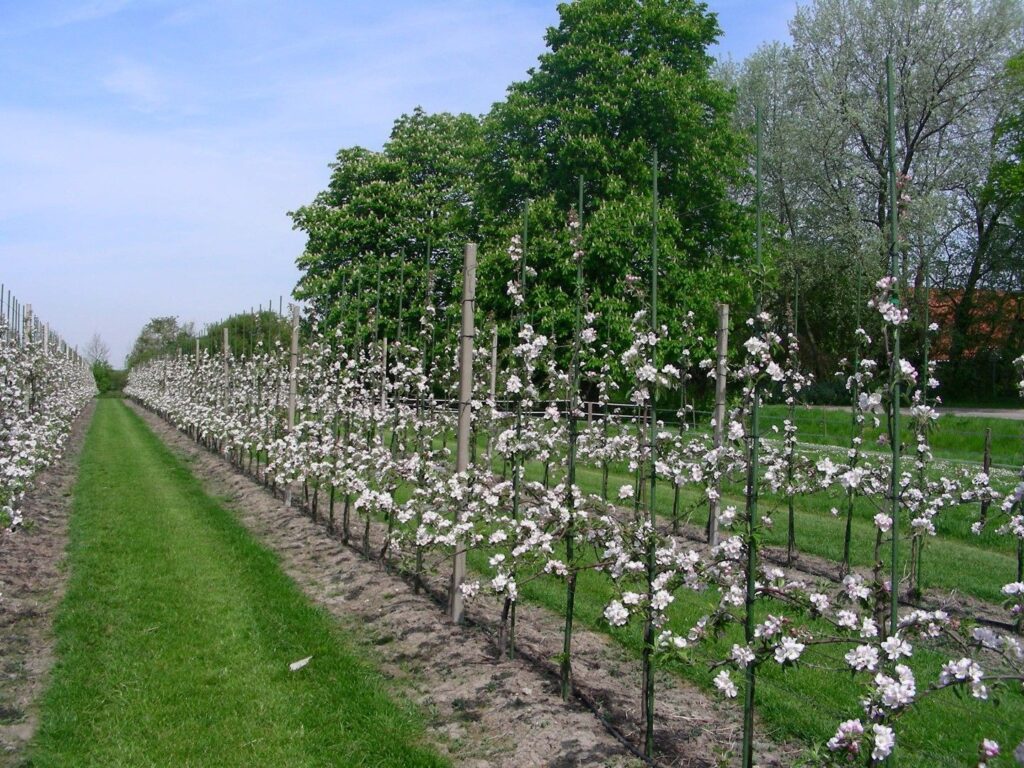 The fact that so much is still known about the history of fruit cultivation and standard fruit in Zeeland is largely thanks to the Stichting Landschapsbeheer Zeeland (Zeeland Landscape Management Foundation) and the Fruitteeltmuseum (Fruit Growing Museum) in Kapelle. One of the reasons that Stichting Landschapsbeheer Zeeland is as dedicated as it is to standard fruit is that these fruit trees form a home for many species of insects and they have different flowering periods which means that insects can benefit from them for longer periods. The Fruitteeltmuseum in Kapelle not only has extensive knowledge, but also has access to many ancient fruit varieties. A lot of standard fruit trees grow there. And if you are interested in growing fruit, you can also learn all about practical matters such as pruning techniques.

Zeeland has relatively the most land devoted to growing fruit per surface area in the Netherlands. Zeeland has such a high score mainly because a lot of blackcurrants are grown here. In the municipality of Borsele alone, around 500 hectares are used for that purpose. Every year, on the first Saturday after Ascension Day, the Blackcurrant Cycling Tour takes place starting out from Boonman’s Winery in Nieuwdorp in the same municipality. And although the municipality of Borsele is also known for entirely different types of industry, with 1,600 hectares of land for fruit cultivation, it is nevertheless the number one fruit-growing municipality in the Netherlands. In the spring, parts of the municipality turn completely pink and white from the blossoms. The same applies to many other municipalities on De Bevelanden.

Alongside commercial fruit growing, the old way, in particular the farm orchard, has also always continued to exist. After 1900, this form of fruit cultivation became a lot less common, but the farm orchard is now making a comeback. Many farm orchards are being planted again, thanks to the increased interest among farmyard owners. Exact figures are not known, but the Zeeland Landscape Foundation estimates that there are now at least 1,000 orchards, or 25,000 trees on about 250 hectares of land. 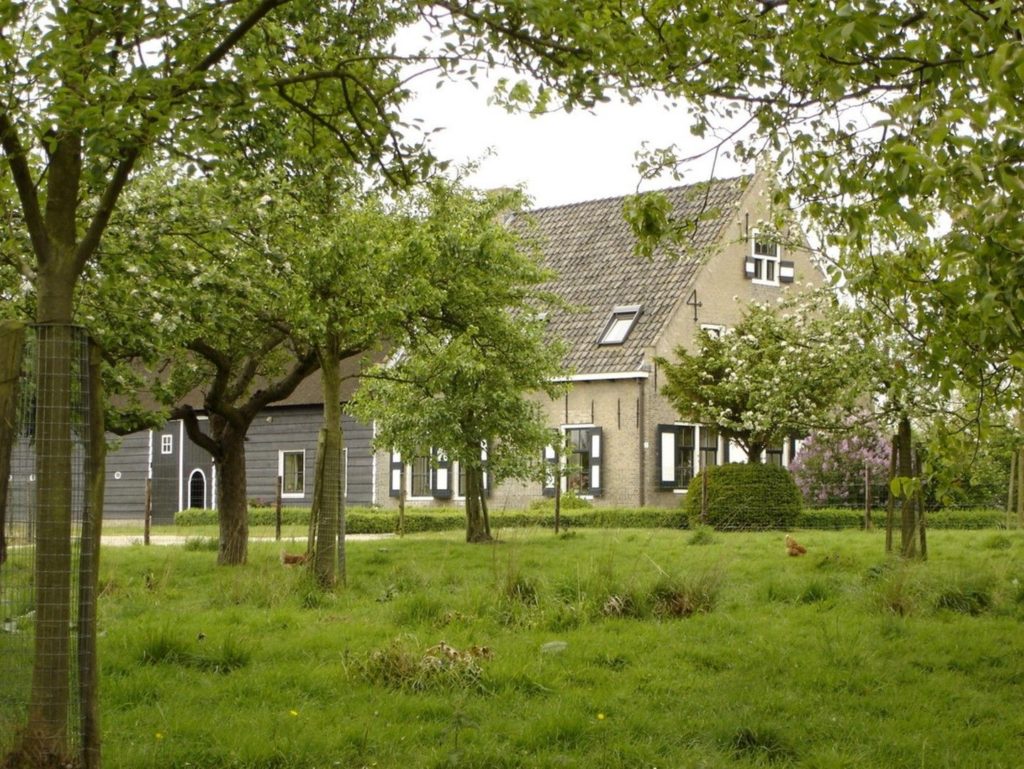 In addition to the traditional forms of fruit cultivation in Zeeland, other fruit has also been grown since the end of the 20th century: grapes. Vineyards are gaining ground. The soil is fertile enough for this, and Zeeland’s sea climate, with its relatively warm winters, is usually just mild enough as well. There are several, but the best-known vineyard is without doubt De Kleine Schorre near Dreischor. Tours and tastings are organised here on a regular basis.