Zeeland has a long relationship with the United States. It began in 1609 when Henry Hudson Henry Hudson set out on an expedition on behalf of the VOC and made the first discoveries. Even now, a close relationship still exists, as evidenced by the annual presentation of the Four Freedoms Awards. 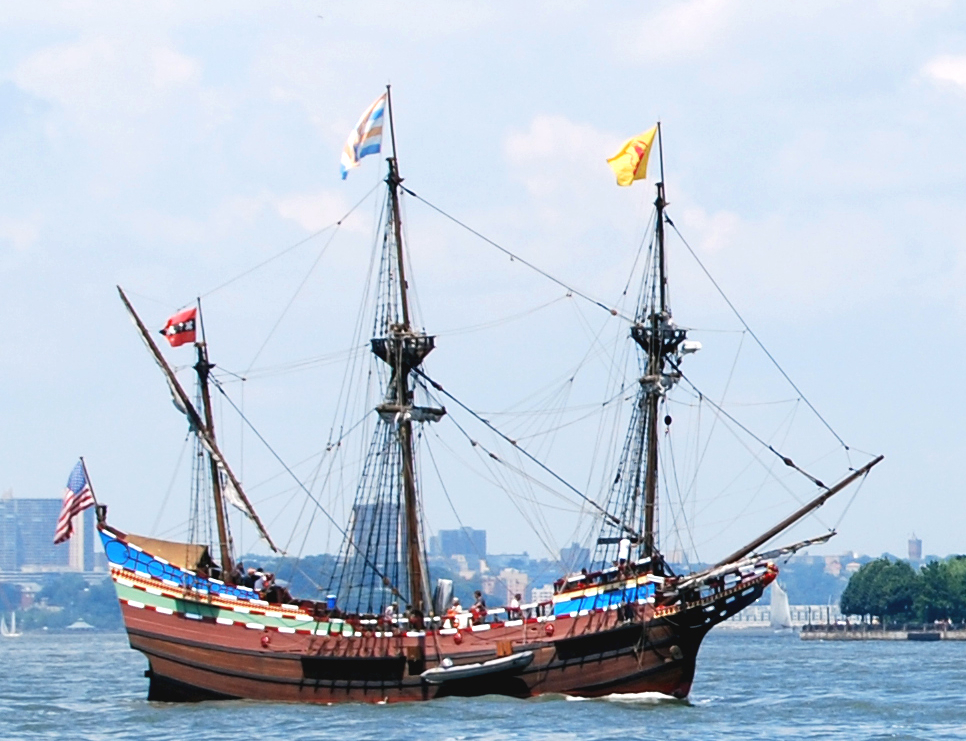 Replica made in 1989 of the ship The Crescent, which Hudson sailed to America on (photo Roy Googin). The ship is pictured here sailing around Manhattan.

From New Amsterdam to New York

On the island of Manhattan, the city of New Amsterdam grew. A new settlement was also established nearby: Flushing, the historical English name for Vlissingen. Nowadays, Flushing is a district in the New York borough of Queens. The district is known for the Flushing Meadows tennis tournament On these ‘Vlissingse’ Meadows, the world’s top tennis players gather annually in August for the U.S. Open. The English set their sights on New Amsterdam. They conquered the city and gave it its current name: New York. The Netherlands did not give in so easily. Admiral Evertsen from Zeeland recaptured the city, but some 18 months later it was returned to the English in exchange for Surinam.

Soon after, a trade relationship was established with the new continent from Veere and Middelburg. Tobacco was traded, among other things. There is still a tobacco plantation in Virginia called ‘Campvere’ (the old name for Veere) and one that is named ‘Middelburg’. As such, there are lasting reminders of this trade on that side of the water.

The American Revolutionary War at the end of the eighteenth century had quite an effect on Zeeland. Middelburg and Vlissingen merchants could not wait to sign a trade agreement. But the States of Zeeland preferred not to take sides – it would be impossible to win a war against England. This sentiment also prevailed in the Dutch governmental circles. Eventually, American independence was officially recognised in 1782.

In the 19th and 20th centuries, many Zeelanders emigrated to America. They were mainly farmers, artisans and labourers in search of a better life. They often started their own business or farm overseas. There were very good transport connections with the Great Lakes Region where many settled (in the states of Michigan, Wisconsin and Illinois). Many Zeelanders also ended up in Iowa. There is even a town in Michigan called Zeeland. It was founded by a group of immigrants from Zeeland who sought religious independence in the US.

Nowadays, Zeeland has a close trade relationship with the United States. Companies in Zeeland with an American background are the source of around five thousand jobs in the province. These are mainly in the chemical and food sectors, followed by mechanical engineering and the provision of services. However, there were also all kinds of business initiatives in the nineteenth and twentieth centuries. At the end of the nineteenth century, the American entrepreneur Theodore Mace laid the foundations for a lamp stand factory. Lamps are still being manufactured in Middelburg. Towards the end of the nineteenth century, plans were made for a Zeeland-America Line. That plan never got off the ground, but it did lay the foundations for the subsequent Holland America Line, and that in turn provided work in Zeeland, where people worked on the company’s ships.

The famous Roosevelt lineage most likely originated in Tholen and consequently both Franklin Delano Roosevelt and his wife Eleanor had a connection to Zeeland. Both of them (they were distant relatives) were descendants off Claes Maartenszoon van Rosevelt who emigrated from Oud-Vossemeer to America in the seventeenth century. Eleanor visited the village in 1950. There are very few old traces of the Roosevelt lineage in Oud-Vossemeer. Their original house on Raadhuisstraat has since disappeared. However, the Ambachtshuis can still be found on the same street and the Roosevelt Information Centre is housed there. A stone’s throw away, near the Reformed church, is the work of art entitled ‘The Four Freedoms’. 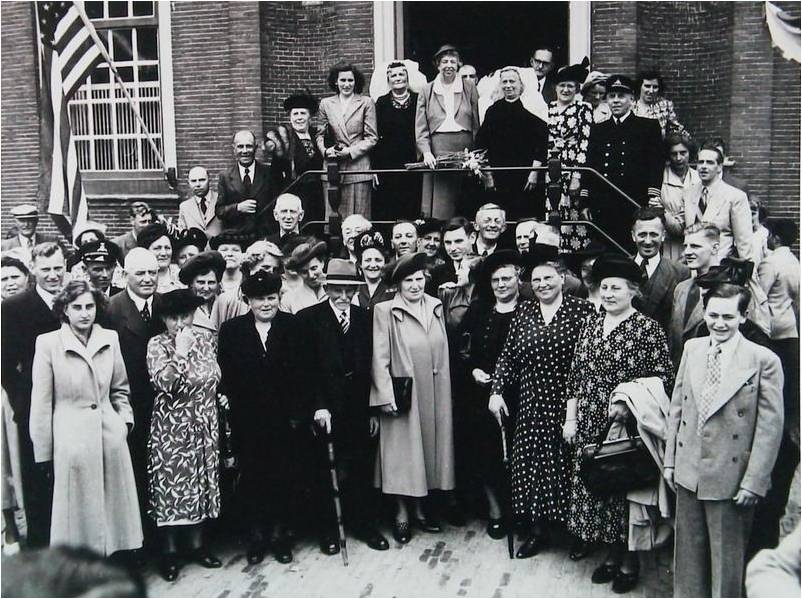 Eleanor Roosevelt visited Oud-Vossemeer in June 1950; in the photo, she is posing on the steps of the town hall (ZB, Image Bank Zeeland).

State of the Union

In 1941, Roosevelt gave a State of the Union that has become legendary. The aim of this speech was to convince Congress that the United States had to shoulder its responsibility and intervene in the Second World War. During his speech, he spoke of the ‘Four Freedoms’: four essential freedoms that should be available to everyone in the world: freedom of speech, freedom of religion, freedom from want and freedom from fear.

In 1982, the commemoration of 200 years of American-Dutch relations coincided with Roosevelt’s 100th birthday. This is when the Four Freedoms Awards were established. Each year, an award is presented for each of the Four Freedoms, as well as the International Four Freedoms Award (a general freedom award). The awards ceremony takes place alternately in New York and in the Abbey complex in Middelburg. Nelson Mandela, Angela Merkel and the Dalai Lama have all been recipients of an award at one time.

Middelburg and the legacy of Roosevelt

Two institutions in Middelburg are closely linked to the legacy of the Roosevelts. The Roosevelt Institute for American Studies (1986) conducts research into American history. The University College Roosevelt has also been based in the town since 2004. Various cafés and restaurants have also been named after the Roosevelts. You can stay at The Roosevelt hotel, right next to the Abbey where the Four Freedoms Awards are presented every two years. Five minutes’ walk away, you can find the Eleanor brasserie and boutique hotel.