The Yerseke Moer forms a landscape where the traces of many centuries of human endeavor can be found. It looks like a history book laid out in the open air. Nature has frequently added its own twist and we can tell from the vegetation how and where salt and peat extraction took place or we can see where and how the shepherd from the Middle Ages stayed and wandered with his flocks, as if that were only a short time ago. It is one of the best-preserved areas of ancient land, with its characteristic landscape of creek ridges, wetlands and drinking pools. And it is a prime example of fruitful interaction between people and nature.

About two thousand years ago, this area was still one big marsh, a ‘moeras’ in Dutch. Marshlands where peat bogs formed. The Dutch word ‘moer’ (bogland in English) reminds us of this distant past. In all probability, the area was uninhabited at that time due to its wet terrain. Shortly after the beginning of the Christian calendar, the old marshlands area was flooded with seawater.

Gradually, a salt marshy landscape formed. Countless creeks and ditches erupted out of the bogland. The water deposited sand and silt on the creek banks and formed a kind of natural dike.

Beyond that, in the basins, the sea has deposited a layer of clay over the centuries. The underlying peat was submerged by seawater for centuries and soaked in salt as a consequence. 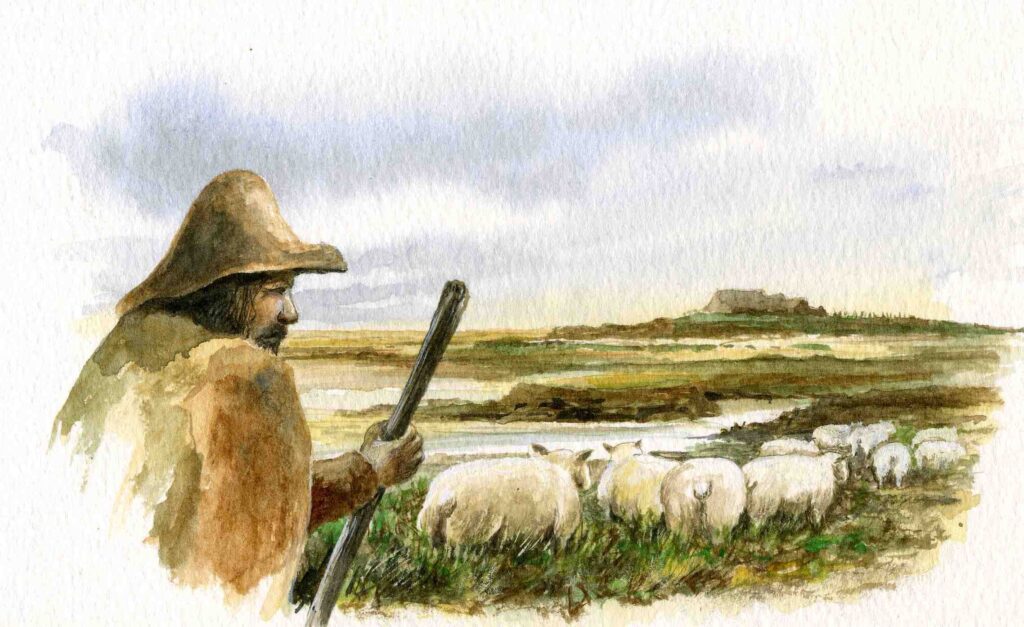 This area was dammed in around the beginning of the eleventh century. Until that time, it was probably only used by roaming flocks of sheep. After it was dammed up, the lake was turned into arable land. It was only possible to build on the creek ridges – the largely silted –up creeks, and on the shore embankments. The low-lying wetlands or basins were submerged for a large part of the year and could only be used for grazing.

In those days, people knew how to take advantage of the natural layout of the area. The sandy creek beds became roads and people could develop the area from that point on. 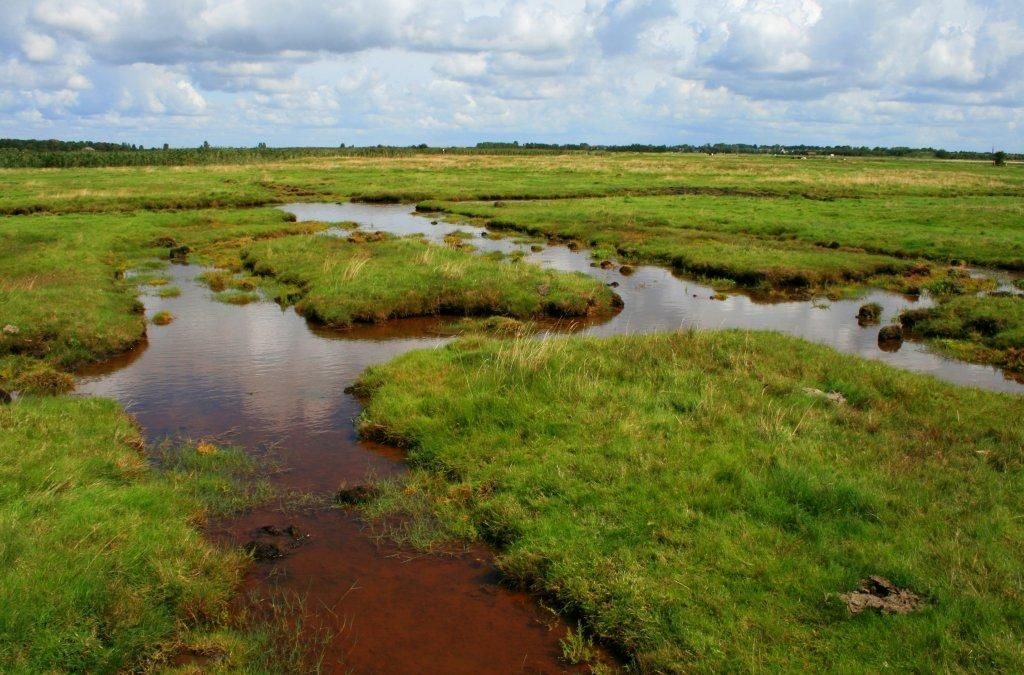 The salt contained in the peat – also called ‘derrie’ or ‘darink’ – was a valuable raw material for many centuries. Salt was there for the taking, so to speak. The salty peat was dug out over large surface areas. First, the upper clay layer was removed and dumped in a pile nearby. Then, the peat was cut with broad spades into long pieces to a depth that the water level at that time allowed.

At first, this was done in a rather disorganised, almost careless manner: after all, there was salt in abundance. It was the time of ‘wild peat extraction’. What remains of it now is an uneven landscape. Later, peat extraction was regulated and work was done per straight plot of land (block peat extraction) or in long strips (strip peat extraction). These patterns can also still be clearly seen to this day.

Between the excavated ditches, sections of peat were cut out, in order to stack the turf on them. Often the ditches were about two spa lengths wide and were bordered on either side by strips of arable land. To transport the peat, small roadways (‘wegelingen’) were built to the nearest creek bed. It was usually not possible to follow the course of a creek, as people actually excavated peat in the basins. The old marsh paths are therefore usually fairly direct. Nowadays, these ‘zoekwegen’ (scout paths in English) often still fulfill an important function when it comes to providing access to plots of meadow land.

With a little imagination, you can still see the diggers with their shovels and wheelbarrows at work here. The ditches that are now full of water are the areas that were once used as dumping bays and dividing walls between the pits. Afterwards, the excavated pits were filled with the earlier excavated clay. This did not sink in as much as the peat and therefore lies higher now. This shows the work that had been done in an inverted landscape.

Where the wild peat extraction had taken place, the terrain was left behind in a very uneven state, sometimes with height differences of two to three metres: the landscape had been ‘naar z’n moer geholpen’ – a Dutch saying that meant it had been in ruins. Nowadays, we view it very differently: the many salt/fresh, high/low and dry/wet transitions offer a wealth of natural treasures. The terrain varies from flowery hay meadows with rattles and fine bupleurum to marshy areas with saline plants such as glasswort and the brackish water-crowfoot. Many bird species are at home here: meadow birds such as lapwings, redshanks, black-tailed godwits and skylarks, and overwintering geese such as the greater white-fronted goose, the barnacle goose and the brent goose.

Add to that the cultural-historical value and it becomes crystal clear: you have to take good care of an area like this!