Pumping stations have gradually taken over their role, yet water towers still characterise the landscape in Zeeland. The oldest existing one was erected in Middelburg in 1892, the youngest (and at 12 metres also the shortest) in Haamstede in 1946. A total of seventeen once stood in the province, of which ten are still intact. Of the approximately 260 water towers in the whole of the Netherlands, 170 are still standing, half of which are in working order.

The water reservoirs at the top of water towers are designed to keep a constant pressure on the water supply, but also to act as a buffer at times when consumption exceeds supply. Construction of water towers was prompted by the laying of water supply networks. The need for clean drinking water grew significantly after the cholera epidemic of 1866, although a water tower had already been built in Den Helder in 1856 as part of a distribution network. 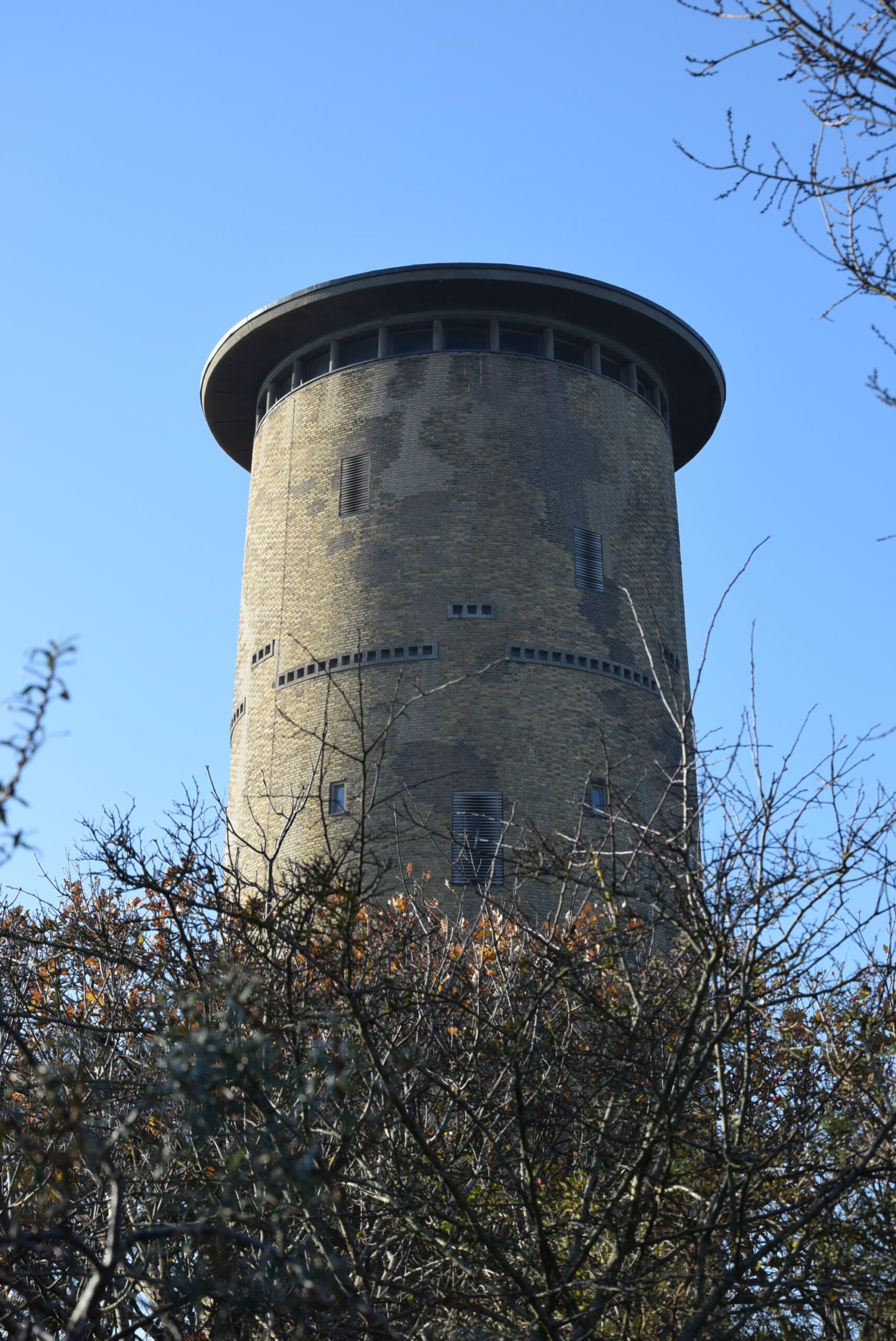 Borssele founded its own company in 1910, including its own water tower (1913). The NV Waterleidingmaatschappij (Water Supply Company) Schouwen-Duiveland’ followed in the north of the province in the year 1921. It wasn’t until 1920 that the water supply started with a water tower in Zierikzee and a pumping station in the dunes. The water tower of Oost-Souburg (1939, 35 metres) owes its existence to the foundation of the merged NV Waterleidingmaatschappij ‘Midden Zeeland’ (1936).

Some architects specialised themselves in the construction of water towers and also worked in Zeeland. For example, the internationally renowned Hendrik Sangster (1892-1971). Out of his around twenty Dutch water towers, he built three in Zeeland: Anna Jacobapolder, Sint Philipsland (both 1925) and Domburg (1933). The first two feature the then hypermodern Art Deco style. 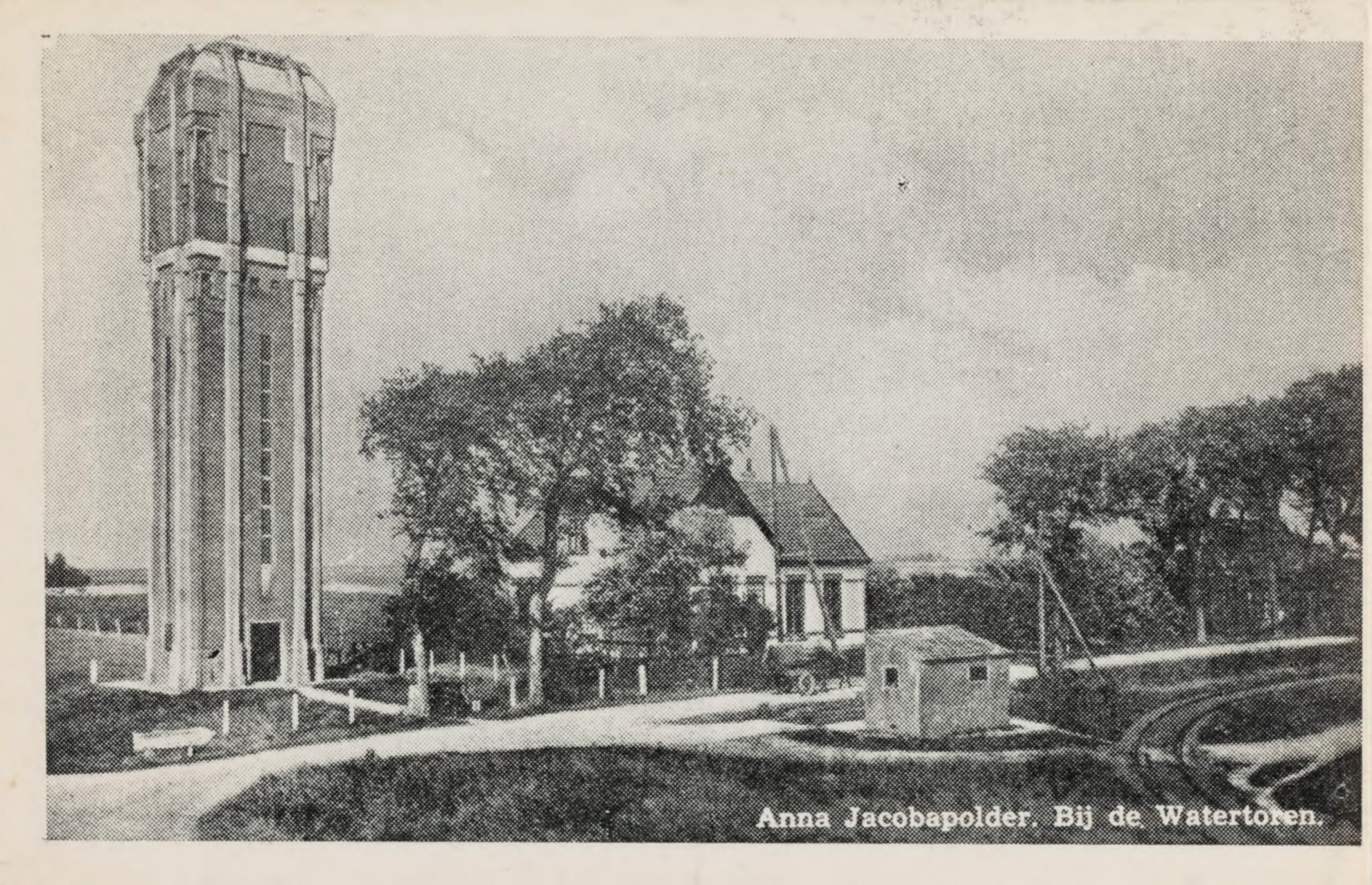 C. van Eck built two water towers in Zeeland: Axel (1936) and the first to be built in Oostburg (1942-1944). At 60.6 metres in height, the Axel tower is one of the tallest in the Netherlands. It had three flat-bottomed reservoirs with a storage capacity of 500 m³ 500 m³en 300 m³. The old water tower in Oostburg also rose to a height of 60 metres. Van Eck was chief draughtsman at the water supply agency in Terneuzen. He was not related to Arie J. van Eck, who designed its successor on the Bredestraat in Oostburg (1950, 55 metres, 5 reservoirs) and also the very similar-looking tower in Terneuzen (1956-2000, 52.85 metres, 5 reservoirs).

Two railway water towers in Zeeland used to supply locomotives with water have since been demolished. They stood in Goes (Van Hertumweg, built 1925, demolished 1986) and Vlissingen (Edisonweg). The one in Vlissingen is also the oldest in Zeeland (1872). It only operated for about twenty years and just the foundation of the building has survived. 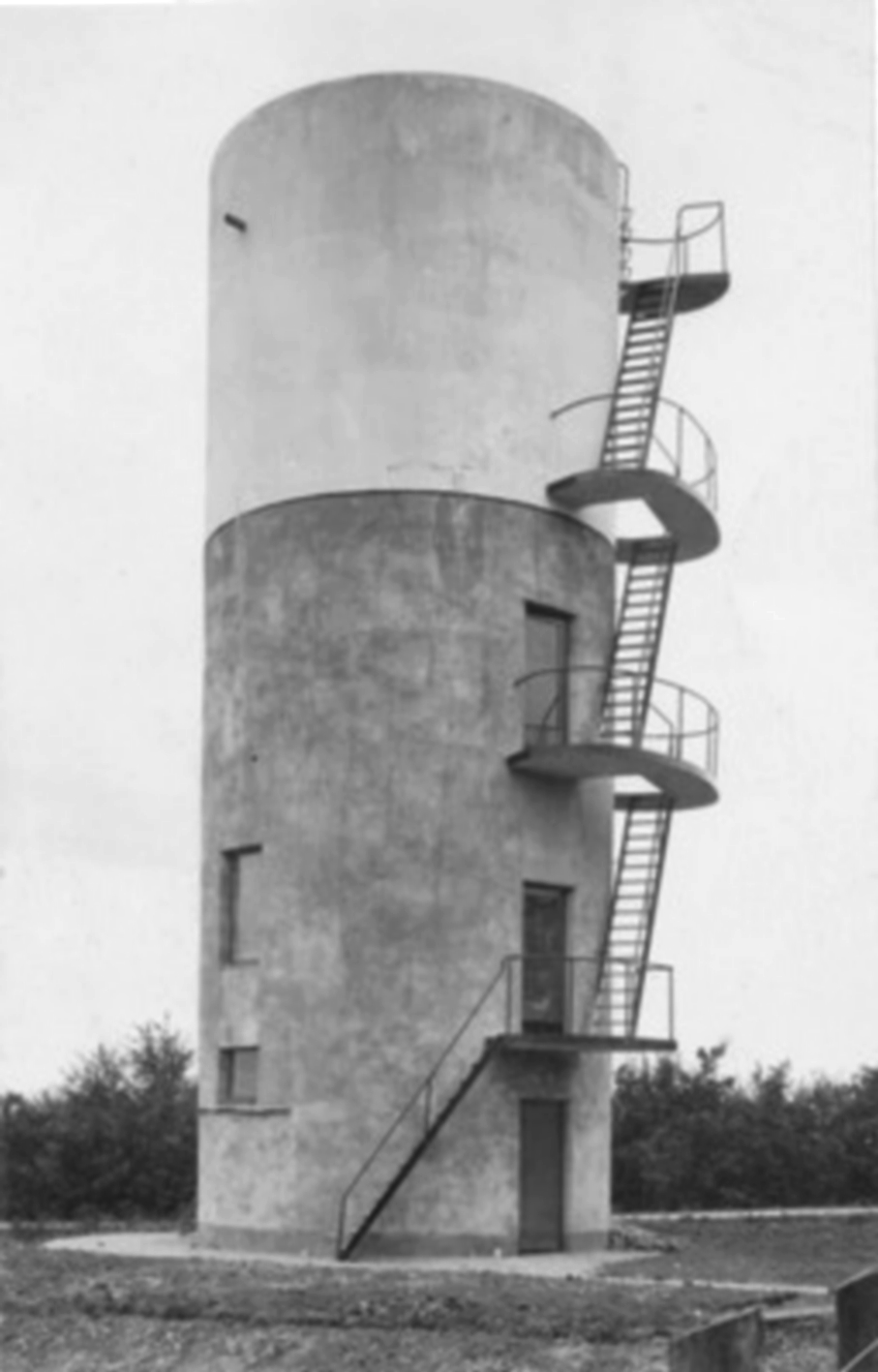 The railway water tower in Goes, after 1925.

The battle at the end of the Second World War also spelled the end for the water towers on Anna Jacobapolder, Borssele, the first one in Oostburg and the one in Zierikzee. The Zierikzee tower was blown up by the Germans in February 1945, less than a month after they had also destroyed the Anna Jacobapolder tower during a night-time raid in liberated territory. The Domburg tower remained standing, but still shows traces of shelling.

The threat of the removal of the visuall appealing water tower in Terneuzen led to widespread protest and even to the establishment of a foundation: ‘Laat die Watertoren staan’ (Leave the water tower standing). Nevertheless, it was demolished in 2000, two linked apartment towers (Waterfront) now stand on the site near the town hall on the Scheldeboulevard.

Most of the remaining water towers have national monument status. The Sint Philipsland tower (27.7 metres, 1 reservoir) still functions as a supply point for drinking water. The other water towers in Zeeland were repurposed, mainly in the 1990s and after. The water towers in Oostburg, Oost-Souburg, Middelburg, Vlissingen, Scherpenisse and in the end, also Goes, were all given a residential status. The adjoining pumping station at the Middelburg tower became office space, while the one in Vlissingen already had been partially designated as a residential property before 1953.

The Axel water tower, as a recent industrial monument, is open to the public during the summer season. The Haamstede tower serves as an obervation platform on the Blinkert dunes. The reservoir was removed for this purpose. 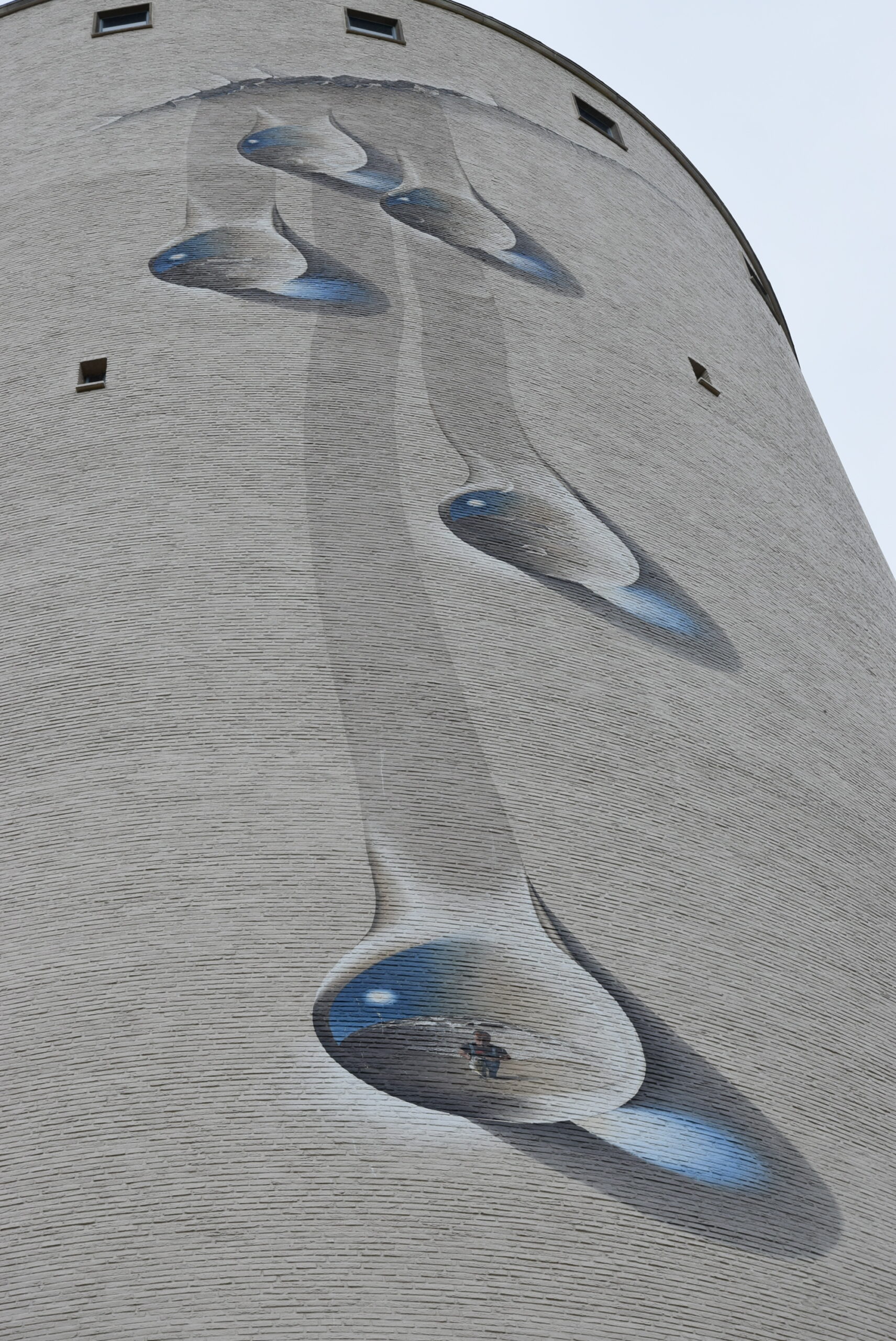 Two water towers in Zeeland stand out from the rest in an artistic sense. Since 1995, the one in Oostburg (restored in 2014) has been exhibiting the artwork ‘De Bron’ (The Source) by Johnny Beerens, which can be seen from afar: a painting of a horizontal crack and five gigantic drops rolling downwards. In the lowest drop underneath, you can see Beerens himself, who since the make-over, appears nineteen years older than in the first version.

The Oost-Souburg water tower has become known chiefly due to the IK island, which ran until 2020 and was designed and lived in by the artist Jan van Munster. The island features a house, a warehouse and two pavilions. It provides accommodation for artists and temporary exhibitions.