For Zeeland, water proved to be a source of prosperity very early on. Whether it was trade with countries overseas or salt extraction or fishing, it is clear that for the inhabitants of this area, water constituted not just a threat but also a source of income. 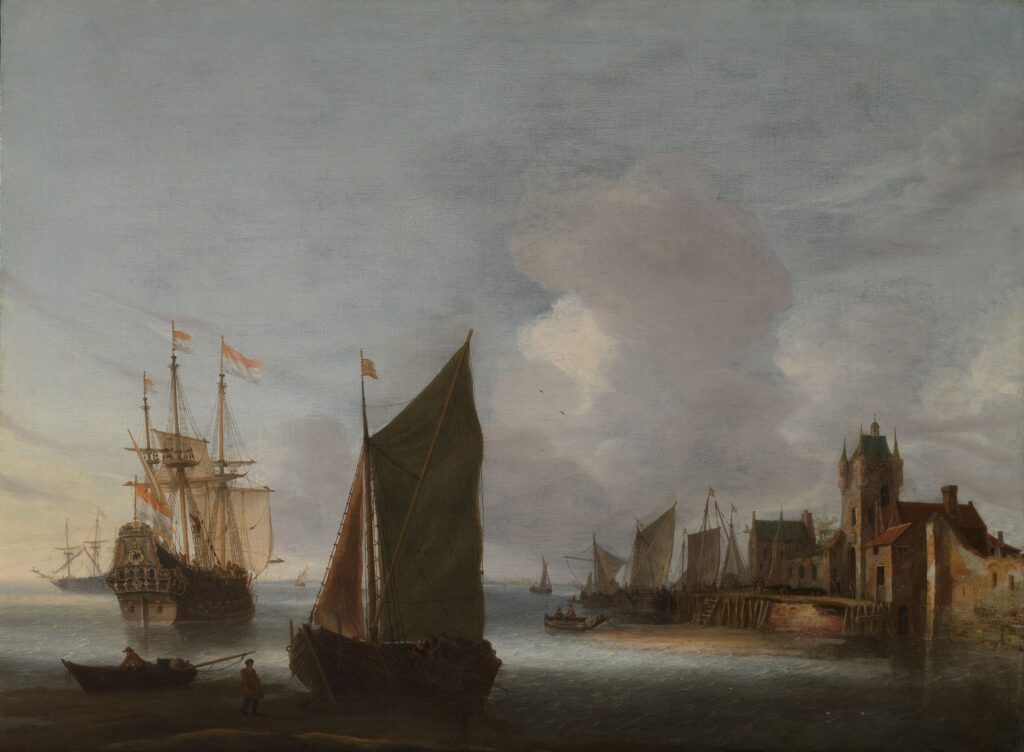 Boats on the Oosterschelde, off the coast of Zierikzee. Painting by Hendrick van Anthonissen, circa 1650 (Rijksmuseum Amsterdam).

When we think about overseas trade, we tend to think of the great trading companies of the Golden Age: the Dutch East India Company (VOC) and the Dutch West India Company (WIC), which navigated the world’s seas, set up trading posts on other continents and brought new products to the motherland. Chintz fabrics, porcelain tableware and a host of spices arrived from the East, while tobacco, sugar and coffee, among others, came to Europe from the West. The notorious slave trade, as part of the triangular trade between Europe, Africa and America, is also closely tied to this.

Zeeland also had trade flows with countries in Europe. Trading relationships were in place with nearby Flanders and Brabant, and there was a – modest – shipping route to the Mediterranean. As early as the late Middle Ages, wine from France, wool from England and wood, grain and hides from the Baltic Sea area were also brought to Zeeland The Iberian Peninsula was also crossed: salt, citrus fruits, figs and nuts hailed from there. In turn, the most important export products from Zeeland were grain, especially Zeeland wheat, dyer’s madder and other agricultural products. Spices and cocoa also found their way via Zeeland’s ports to the European trading cities. 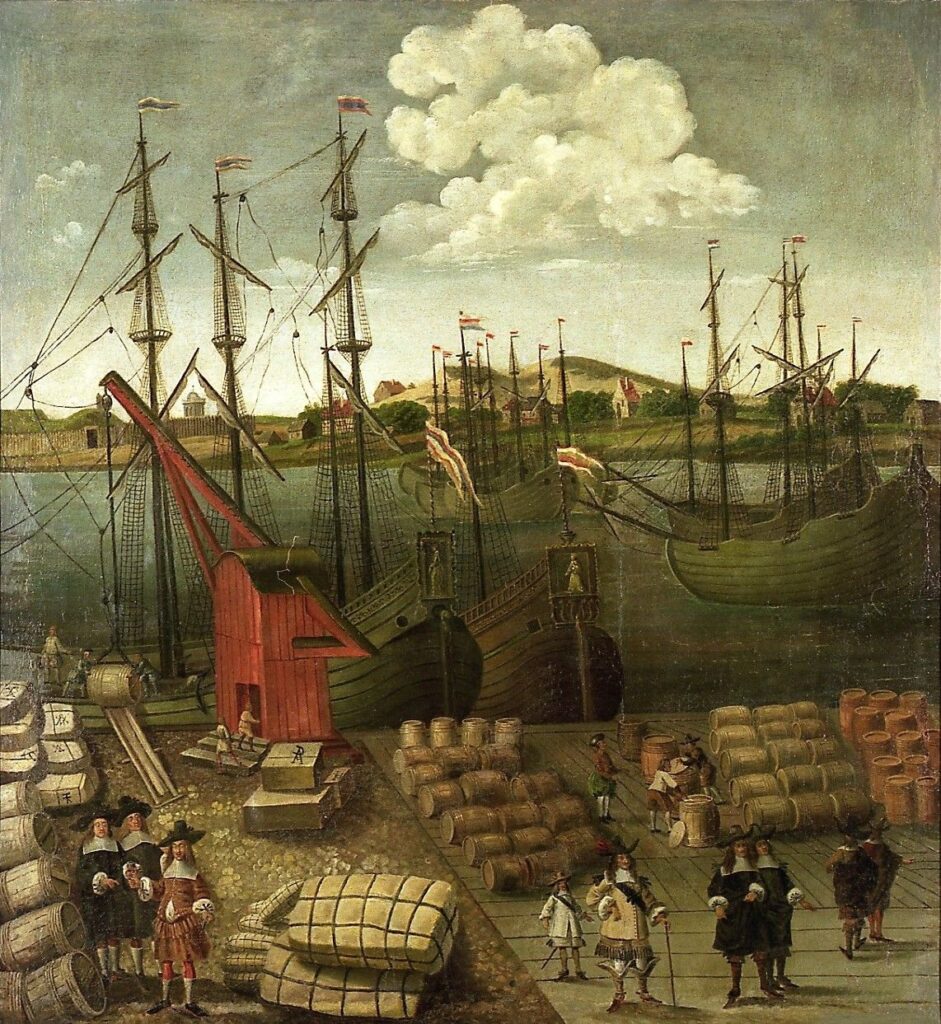 Bales of hemp and barrels of salt, herring and wine can be seen on the quay. Fishing boat ARM 4 ‘Jannetje’ with nets drawn in, circa 1968 (ZB, Image Bank Zeeland, photo A. van Wyngen).

Middelburg, Zierikzee, Vlissingen, Veere and Arnemuiden were important trading ports around 1550. Veere had acquired the exclusive right to trade products from Scotland, such as wool, linen, salmon and leather. The strong trading position of Zierikzee, which was mainly based on trade relations within Europe, was eroded in the middle of the eighteenth century. Arnemuiden and Veere had already suffered losses in this regard. Around 1800, trade and prosperity also collapsed in Middelburg and in Vlissingen not long afterwards. The glory days of yesteryear would never return. Incidentally, Zeeland did not owe its Golden Age solely to trade. Income from agriculture and investments in land also contributed to its prosperity.

Water had already proven to be a lifeline for Zeeland far back in time. Salt extraction was already taking place in the Iron Age, when people used salt to preserve food longer. Salt production became more widespread in Roman and medieval times. Salt was also used to make fish sauce and to preserve fish.

Fishing itself was the following source of prosperity that Zeeland gained from its waters. Fish had already been caught thousands of years ago, but fishing only became a commercial enterprise in the fifteenth century. Herring fishing, for example, brought golden times to the region in the late Middle Ages. Herring was found in large numbers in the North Sea. When it became possible to gut and cure the herring on board – an invention credited to Willem Beukelszoon from Biervliet – the boats could sail further afield. The war with Spain in the second half of the sixteenth century meant that the lucrative herring trade was over in a flash. Fishing became increasingly more small-scale: it was only the fishermen from Zierikzee who still sailed out to sea. From the middle of the nineteenth century, markets were opened up with the introduction of better organised fishing and shellfish cultivation. 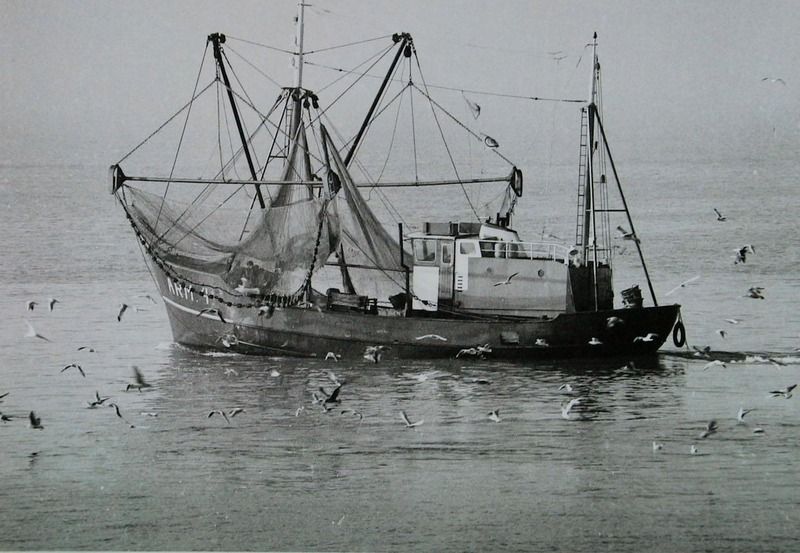 What still serves as a reminder of this age-old trade over water? A great deal of Zeeland’s heritage has been preserved in monuments, in the collections of museums and other heritage institutions as well as in everyday life. Letters from sailors recount daily life in the seventeenth and eighteenth centuries. The arrival of merchants from other corners of the world led to the foundation of new churches in some places. A Scottish church was built in Zierikzee and Veere. The one in Veere was the first Scottish Protestant church on the European mainland. The Scottish church building in Zierikzee was later occupied by the Lutherans. Their congregation was mainly made up of Norwegian sailors. 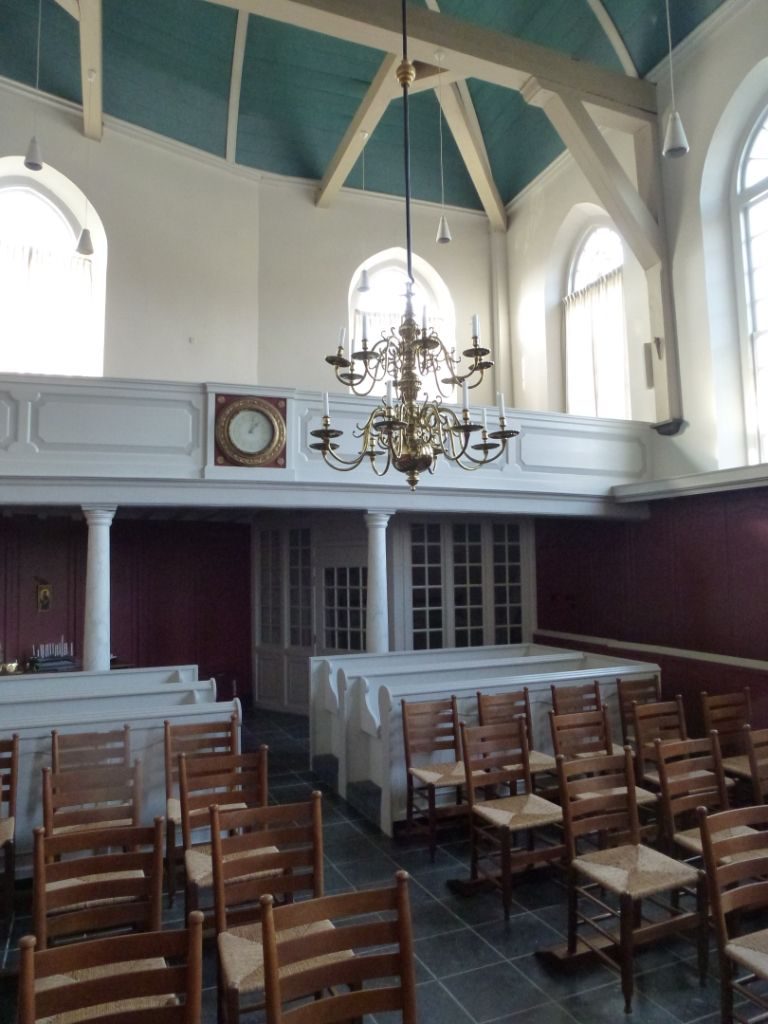 Interior of the Lutheran Church in Zierikzee, 2013 (Erfgoed Zeeland)

Folk tales, songs and games also proliferated along the sea trade routes. This may have been how the parlour game Slabberjan, which bears a strong resemblance to the Norwegian Gnav and the Danish Slebber Jen, ended up on Walcheren.

Scientific research was also fostered through contacts in foreign lands. Private individuals and later the Zeeuwsch Genootschap der Wetenschappen (Zeeland Science Society) collected ‘exotic’ artefacts from all over the world. They can now be admired in Zeeland’s museums. Manuscripts and books were incorporated into the collections of archives and libraries.