Domburg is known for being one of the first seaside resorts, but it was not the only place where people tried to cash in on the interesting new source of income that tourism offered. The town of Vlissingen also profiled itself as a seaside resort. Investments were made in amenities for tourists and it worked. They managed to attract scores of visitors.

The beginnings of the Vlissingen seaside resort

In 1872, the Vlissingen seaside resort was opened and the city devoted itself to tourism from that moment on by providing high-quality and appealing amenities. More bathing carriages were built, the Badhuisweg was constructed to connect the city to the seaside resort and another hotel was built: Grand Hotel des Bains. The municipality itself became the owner of the buildings, beach chairs and bathing carriages, and was consequently able to commercially exploit the beach.

What really helped Vlissingen were the logistics. Good connections at precisely the right moment. The laying of the railway line and a tram connection with Middelburg and, on top of that, a ferry connection with England made the opportunities for visiting Vlissingen ideal. Vlissingen also succeeded in attracting people because the city positioned itself clearly as a seaside resort through its marketing campaigns. Leaflets were distributed and advertising was carried out nationwide.

Vlissingen attracted not only holidaymakers, but also so-called ‘plezierreizigers’ (leisure travelers, the term used at the time for day-trippers). Most came on Sundays because that was their only day off. Many came to Terneuzen by way of the Belgian Railways. From there, they took the boat to Vlissingen. They were lured by what, for those days, were very modern advertising campaigns and sometimes came in their hundreds. 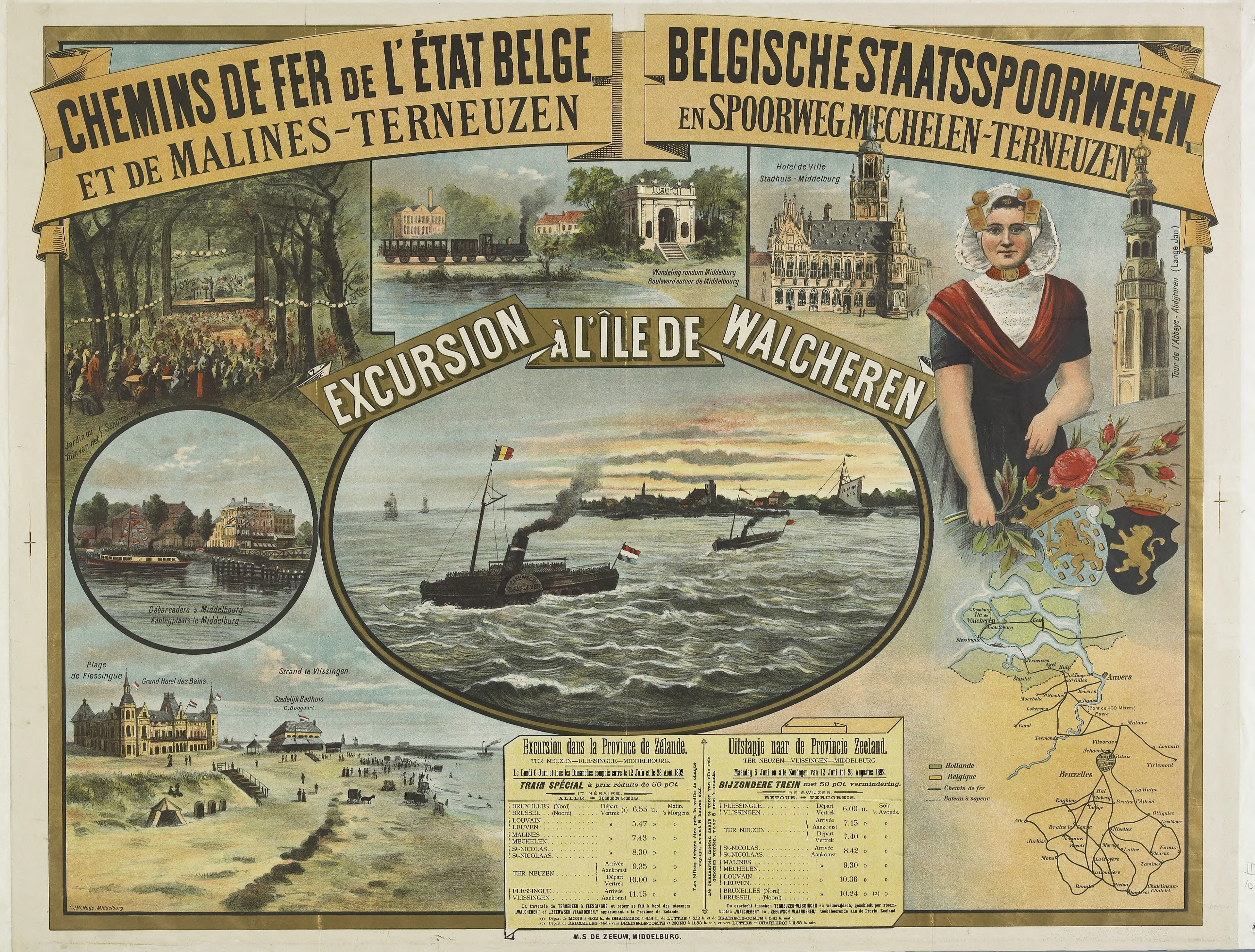 The infrastructure of the city was improved even further. The Leeuwentrap was built (it still provides access to the boulevard from the Badhuisstraat) and kiosks, footpaths, benches and electric lighting were installed. All that time and money that was invested in tourism was not for nothing. In 1919, Vlissingen was listed in the top five seaside resorts in the Netherlands.

Tourism flourished and this led to more guest houses and hotels. The beach area became extremely popular. The Boulevard was built and wealthy Vlissingers came to live at the foot of the Leeuwentrap – you can still find a residential area there with magnificent houses from the early twentieth century.

After an airport had also been built just outside of Vlissingen, one final wish remained in terms of tourism: a pier. Plans for this had already been made in the nineteenth century, but construction was held back due to a lack of funds raised. In the 1930s, the time finally came: the Wandelpier (walking pier) was built. The pier extended 150 metres into the Westerschelde from the Boulevard Bankert and there was a hospitality pavilion located at the top end. The pier was not destined to have a long life. During the Second World War, German occupiers demolished it for the most part. But the pier lives on in our memories and every few years, when Vlissingen reconsiders its tourist future, we hear voices raised in favour of a new pier. 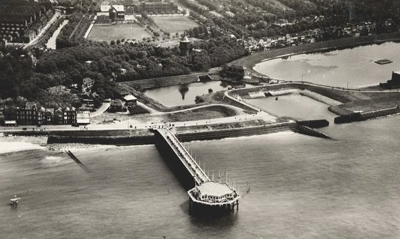 The Wandelpier in 1937. In the background: Boulevard Bankert, the Meijer harbour, the Spuiboezem and the Villapark. (Zeeland Archives, Vlissingen Image Collection, no. PP1711).

Vlissingen is still a seaside resort. The Badstrand on Boulevard Bankert is a tremendously popular spot (and the only real city beach of its size in the province). On the adjacent Nolle Beach, you’ll find brightly coloured beach cabins. Both beaches have wonderful cafés and restaurants. Vlissingen nowadays presents itself as a cool city by the sea and the tourist attractions are also geared towards that. You will find the Zeeland maritime muZEEum here. There is no longer a ferry connection with England, but the train connection with the rest of the Netherlands is still excellent. When you arrive at Vlissingen NS Railway Station, you can take the Zonnetrein to the city centre. So, everything is in order when it comes to tourism. Except for the pier… which is still missing.