In the nineteenth century, the first (Belgian) artists discovered the picturesque and tranquil town of Veere, with its beautiful town hall and its imposing church, the quayside with its old merchants’ houses and the ever-changing fishing port. Before long, a considerable number of artists settled in the town. The peak of this internationally oriented artist colony occurred between 1900 and 1940.

At the beginning of this 21st century, Veere has been all but forgotten as an artists’ colony, and undeservedly so. Already in the fifteenth century, Veere was a notable and prosperous town with a rich artistic and cultural life. The eighteenth century heralded the end of this period. At the lowest point of the decline, around 1870, the first signs of recovery manifested themselves. Artists and art-loving tourists found Veere again. Shortly after 1890, artists settled in the town again. Between 1890 and 1970, more than 650 artists, but also poets, writers and musicians lived and/or worked in Veere. Veere’s artists’ colony had a markedly international flavour. Artists hailing from numerous European countries, but also from beyond, formed part of it. 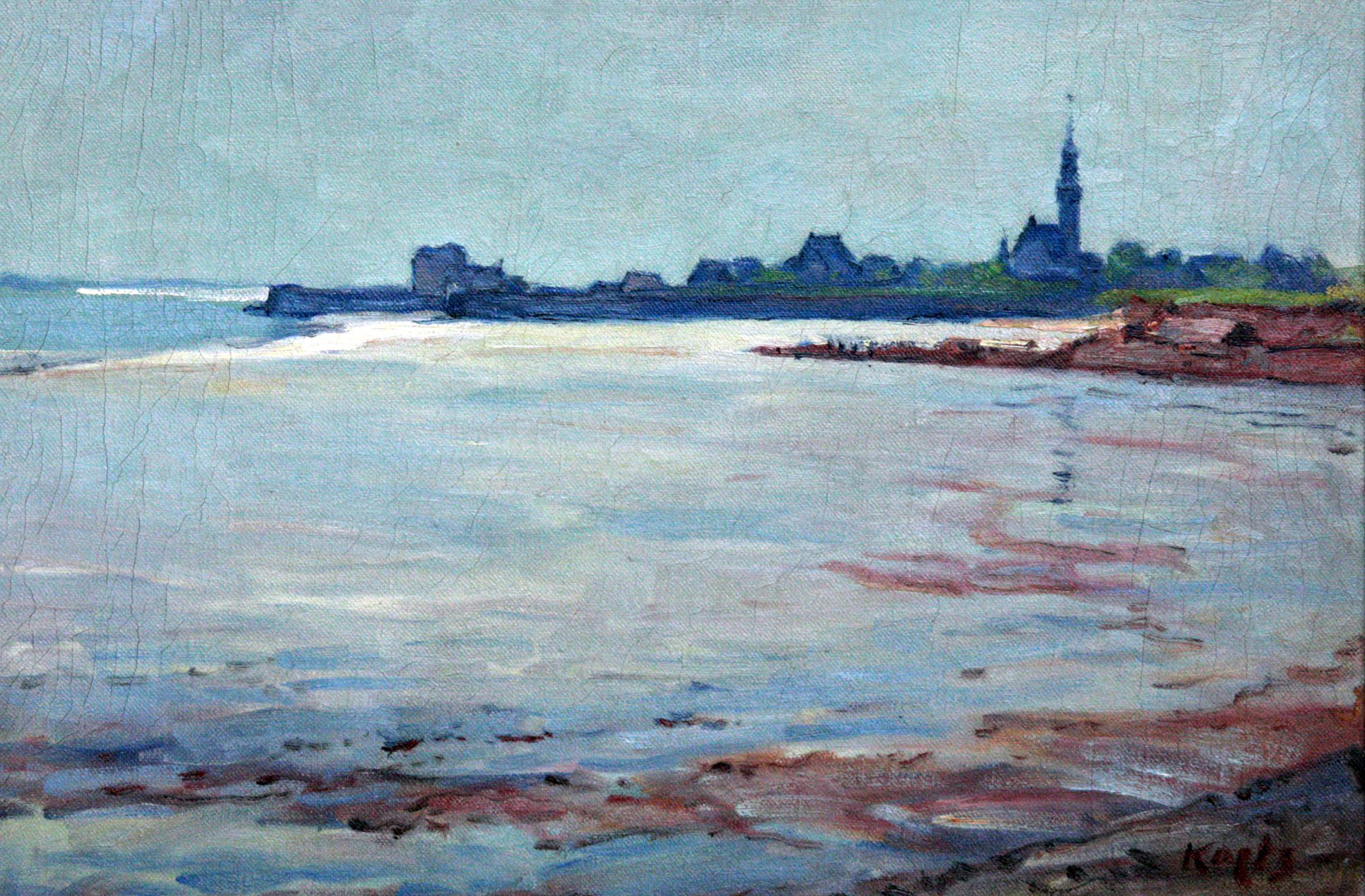 Although internationally renowned artists worked in Veere, it has remained relatively unknown as an artists’ colony, not least in the Netherlands. Veere had the misfortune to lie in the immediate vicinity of Domburg, which was far more interesting in terms of art history. This is where the innovators of the time came together in the summers between 1911 and 1921 under the inspiring leadership of Jan Th. Toorop (1858-1928).

Apart from a few individuals, the artists living/staying in Veere were traditional in nature. Almost all of them were individualists when it came to their work, with only one connection between them: they all suffered from the sweet disease called ‘Veerisme’, an incurable infatuation with the town of Veere.

The whole world flocks to Veere

The most important years of Veere’s artists’ colony were between 1900 and 1940, with the first decades of the twentieth century as the midpoint. The building on the right of the Schotse Huizen In de Struijs was bought in 1896 by the English patron and art collector Albert Lionel Ochs (1857-1921). Together with his daughter Alma (1889-1987), he turned it into a meeting place for artists. Along with the renowned and feared art critic Albert Ch.A. Plasschaert (1874-1941), they were the driving force that gave the artists’ colony in Veere national and international fame, for example by organising art sales exhibitions in the Schotse Huizen from 1916 onwards. Until Alma retreated to England around the time of the Second World War, this part of De Schotse Huizen formed an important platform where the artists established in Veere were able to exhibit their work.

After the Second World War, Veere lasted as an artists’ centre, with an average of ten painters within its town boundaries and a lot of artists passing through every year, especially during the summer period, the so-called ‘passanten’ (transients), who would have painted in Veere at least once. The closure of the Veerse Gat in April 1961 slowly but surely ushered in the end of the Veere artists’ colony. Veere was forever cut off from its artistic lifeline, the sea with its ebb and flow. The colourful fishing fleet, a daily source of inspiration, was replaced by tedious recreational sailing. Along with these fascinating subjects, the painters also gradually disappeared from Veere’s townscape. They no longer came to visit in the summer or settled there anymore. 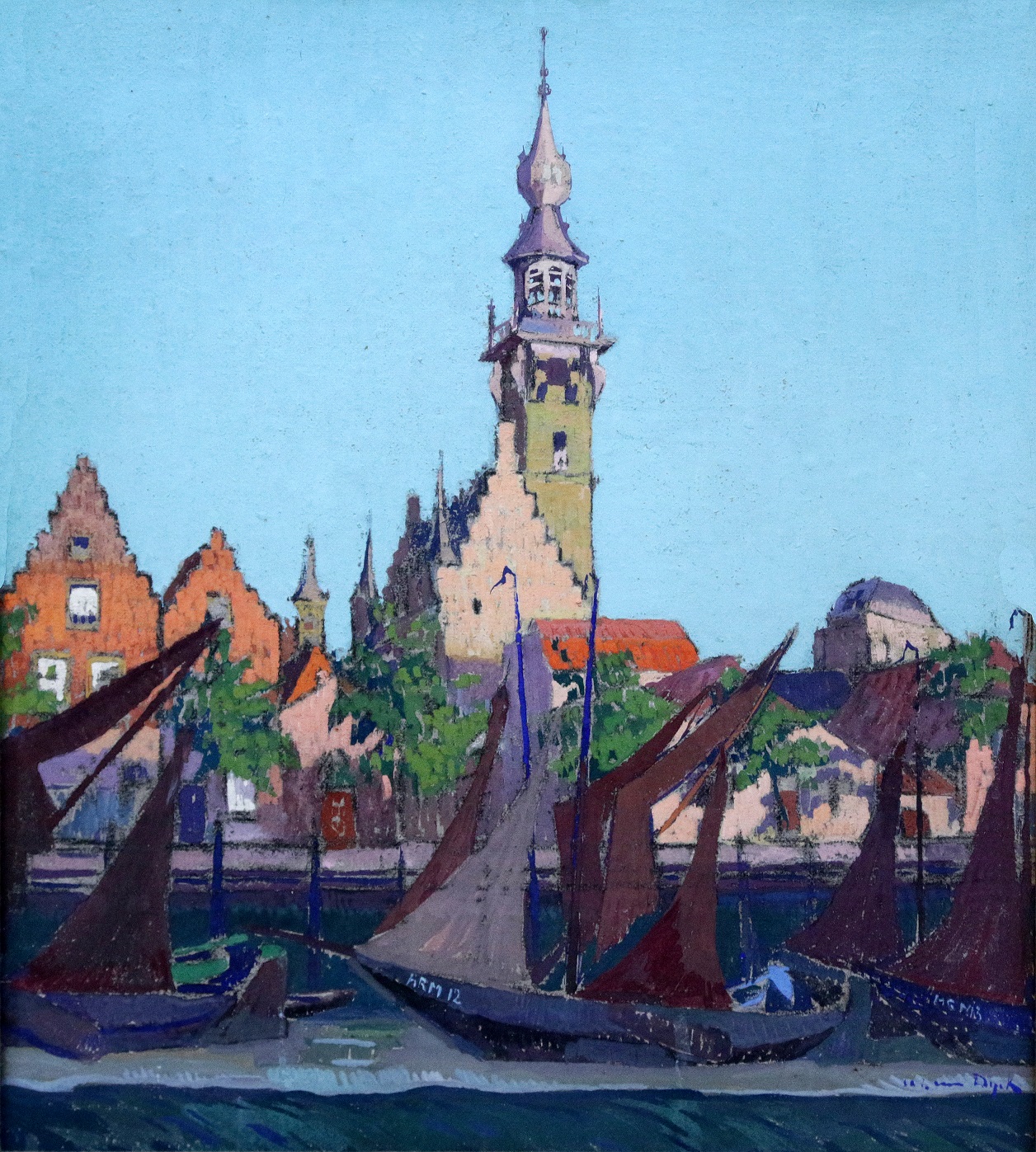 With the death of the Veerse Joffer Sáriká Góth (1900-1992), the ‘old’ Veerse artists’ colony was brought to a definitive end. Now, at the beginning of the 21st century, ten visual artists once again are living within the old town boundaries of Veere, a hopeful start for a ‘new’ artists’ colony.

Museum Veere (located at the Schotse Huizen) regularly devotes time and attention to this almost forgotten international artists’ colony by holding temporary exhibitions. The museum also upholds the tradition of being a cultural meeting place by inviting contemporary artists from Veere to exhibit here. But even the ‘old masters’ still regularly grace the museum with a visit. For example, at the opening of the regional art exhibition in 2012, guests could see artist Wim Vaarzon Morel sketching as of old.