When it comes to culinary specialities, Zeeland is mainly known for its salty flavours. But for those with a sweet tooth, there is also a wide selection of delicious regional treats. Zeelanders have often come up with these themselves, but there are also plenty of other dishes from international kitchens that have been ‘verZeeuwst’ – as in, immortalised with a Zeeland twist. A word of warning: once you’ve experienced the sweet side of Zeeland, you’ll never stop savouring it!

The ‘bolus’ is the most famous Zeeland sweet treat. Like many other dishes, the bolus did not have its origins purely in Zeeland. We owe it to the province’s international character. Jews fled Spain and Portugal at the end of the 16th century. They took their own recipes and traditions with them and introduced the bolus to Zeeland. The name is most likely derived from the Yiddish word ‘bole’, which in turn is derived from the Spanish-Portuguese word ‘bollo’ (fine bread). Boluses are made from fancy bread dough that is rolled through a mixture of soft brown sugar, granulated sugar and cinnamon. This is then rolled up into a spiral. You can buy boluses at any bakery in Zeeland. By the way, Zeeland bakers take the bolus pretty seriously. Every year, they hold a competition to choose the best bolus baker. Van Meijel bakery in Clinge has won that distinction many times. A small number of Zeeland bakers also give workshops on how to bake boluses. 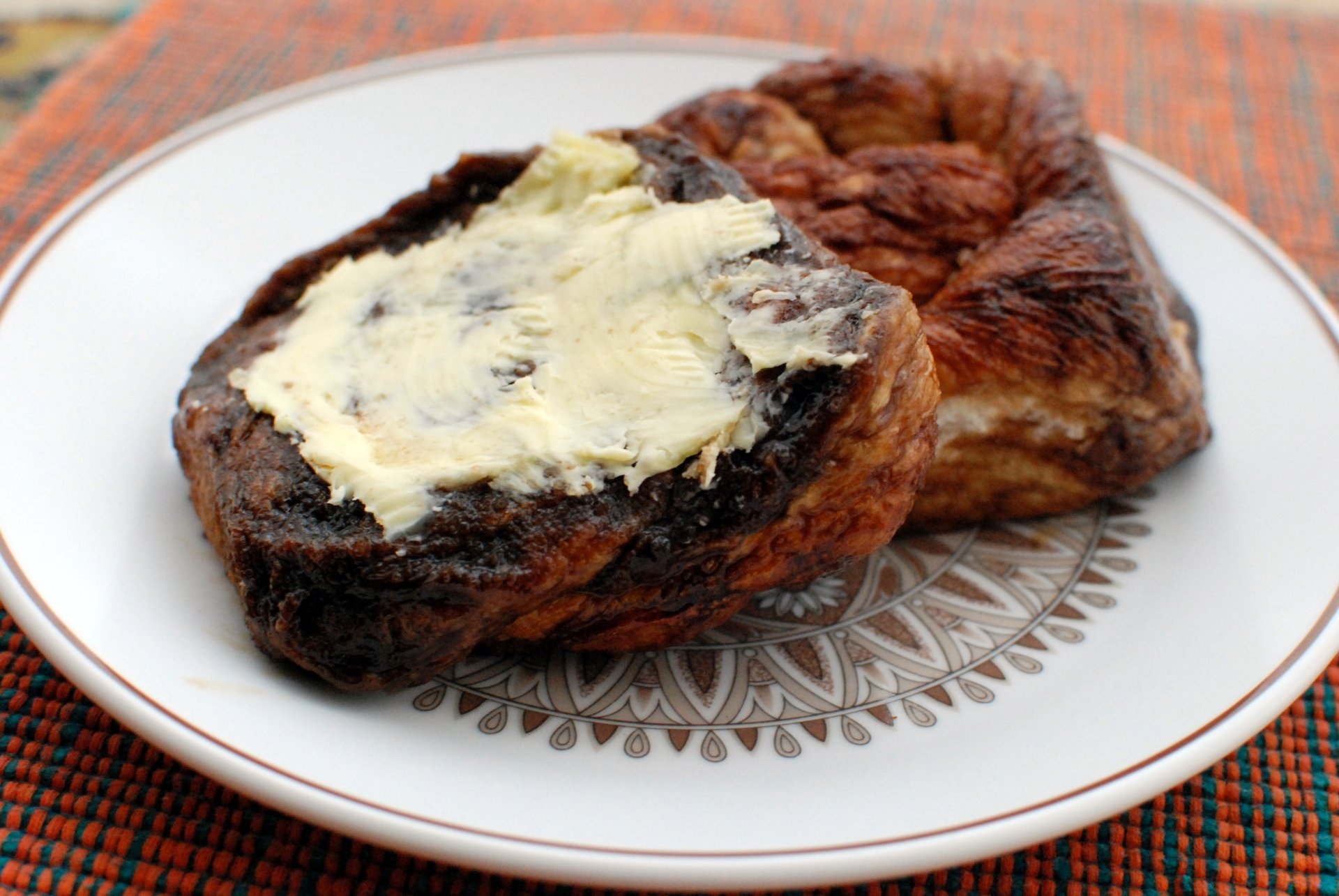 Refugees also brought the ‘paptaart’ to Zeeland. The pastry probably came to Zeeuws-Vlaanderen either with the Huguenots or Lutheran immigrants. It is a round cake with a raised edge and a yellow cream filling. A similar pastry can be found in Dunkirk and Lille – hence the common belief that the Huguenots introduced it here. In the past, the wee paptaarts were eaten mainly in the Groede area after the farmland leases were paid on 1 October. Nowadays, you can buy them all year round. In the historic Slijkstraatje in Groede, there is a bakery that sells them, but there are more bakeries in Zeeuws-Vlaanderen that make them too. 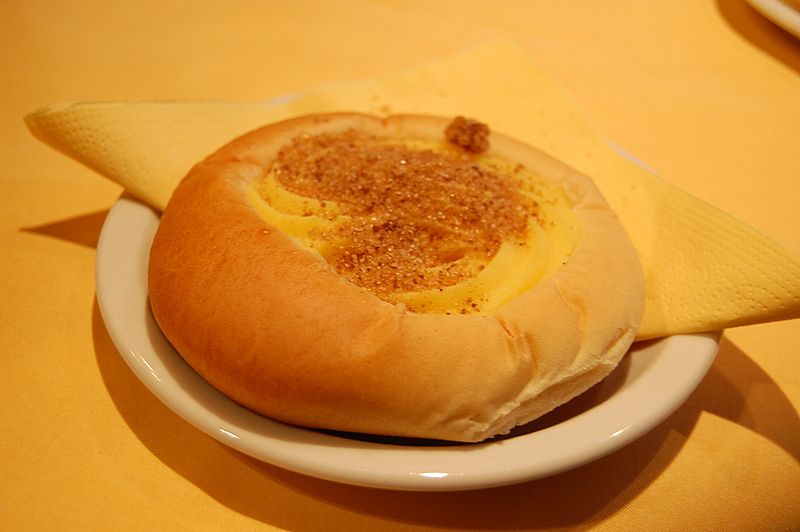 If you go to a fair, a historical market or a seasonal market during the tourist season, you will almost always see volunteers dressed in traditional costume making ‘boterbabbelaars’ or ‘babbelaars’ – a kind of butterscotch sweet. In the nineteenth century, the sweet was sold in shops, but housewives still often made them themselves. The recipe is very simple. Butter, sugar, water and vinegar are all you need. Babbelaars were popular. They came in all shapes and sizes. The fact that it is precisely Zeeland’s boterbabbelaars that have become one of Zeeland’s best-known regional products is partly due to the large-scale production for the market by Middelburg confectioner Johannes Bernardus Diesch. He marketed the babbelaars in blue tins with pictures of Zeelanders in traditional costume. Lots of tourists bought them as souvenirs. The firm of JB Diesch is still in business today and sells boterbabbelaars and other regional products from Zeeland to shops and also directly to private individuals via their webshop.

Ever since the seventeenth century, it has been customary to add aniseed to dishes specially prepared for the post-natal period. Aniseed was thought to stimulate the mother’s breast milk. This is why a woman who had just given birth was often given crushed aniseed to eat. Later, aniseed was also served to visitors, for example in the form of aniseed liqueur. Order (large, usually aniseed-flavoured rusks) were eaten throughout Zeeland. They were also made into porridge by pouring boiled milk over them. Bestellen and bestellenpap used to be given to new mothers as their first meal. Aniseed was probably first sweetened in the eighteenth century to make ‘muisjes’ (baby mice). The variant with white and coloured muisjes dates from the twentieth century and is now generally what you are served in Zeeland when you visit a baby (although of course you will sometimes be offered a drink).

Foodcurators has developed a new sweet regional dish based on the Zeeland dish ‘eiers en beiers’: nougat from the other side (Photo Viorella Luciana).

Delicious treats are part and parcel of the Sinterklaas celebrations. Nowadays, that means chocolate letters and almond spiced pastries, but in the old days, Sinterklaas dolls made from white bread dough were the most popular. The doll’s eyes and the buttons on its coat were made of currants and sometimes the figurine held up two candles in its hands. They were called ‘deegvint’ or ‘deegvinter’ (doughboys) and they were mostly eaten with some good butter and brown sugar. At Easter, eggs are eaten in Zeeland as they are in the rest of the Netherlands, but fancy breads are also served.

Typical for Zeeland is the custom of eating ‘krentenbrood’ (currant bread) with ‘krukels’ (periwinkles) at Easter. This tradition is still very much alive and kicking on Tholen, Sint-Philipsland, Schouwen-Duiveland and in Yerseke. And ‘wentelteefjes’ (French toast) are also a popular festive dish. It is, of course, also known outside of Zeeland, but what makes it so special here are the numerous Zeeland names: ‘gewend beschuit’ (accustomed dieback), ‘verwend brood’ (spoilt bread), ‘klakkers’, ‘bakkersverdriet’ (baker’s remorse), ‘boerenwafels’ (farmer’s waffles), ‘broodsoppen’ ( bread-sops) and ‘gebakken brood’ (fried bread).