Not only were many villages established in Zeeland, quite a few have also been lost or shrunk. During the Eighty Years’ War, a lot of churches were destroyed and many villages never recovered. Where you now sometimes see a scattering of houses and farms, there may well have been a complete village standing there once, including a church and a churchyard. Traces of a past when Zeeland had many more residential areas than today can be found everywhere in the landscape of Zeeland.

The church as a basic need

Almost every village in Zeeland in the 13th century had its own church. A church was of vital importance as the core of a community. It was a place of worship, of course, but also a status symbol for the local landlord. It was moreover a kind of basic service provider. There was no town hall or school, but there was a church. Without a church, the life of a village centre faded away and its inhabitants gradually moved to other places to live.

Not all villages fared as well as others. Some were so close together (sometimes only one and a half kilometres apart) that they were scarcely viable. Nor were they able to expand. Space on higher ground was very limited and the villages were surrounded by wetland areas. In the 15th century, a number of villages already had to cope with a lack of churchgoers and consequently not much income. 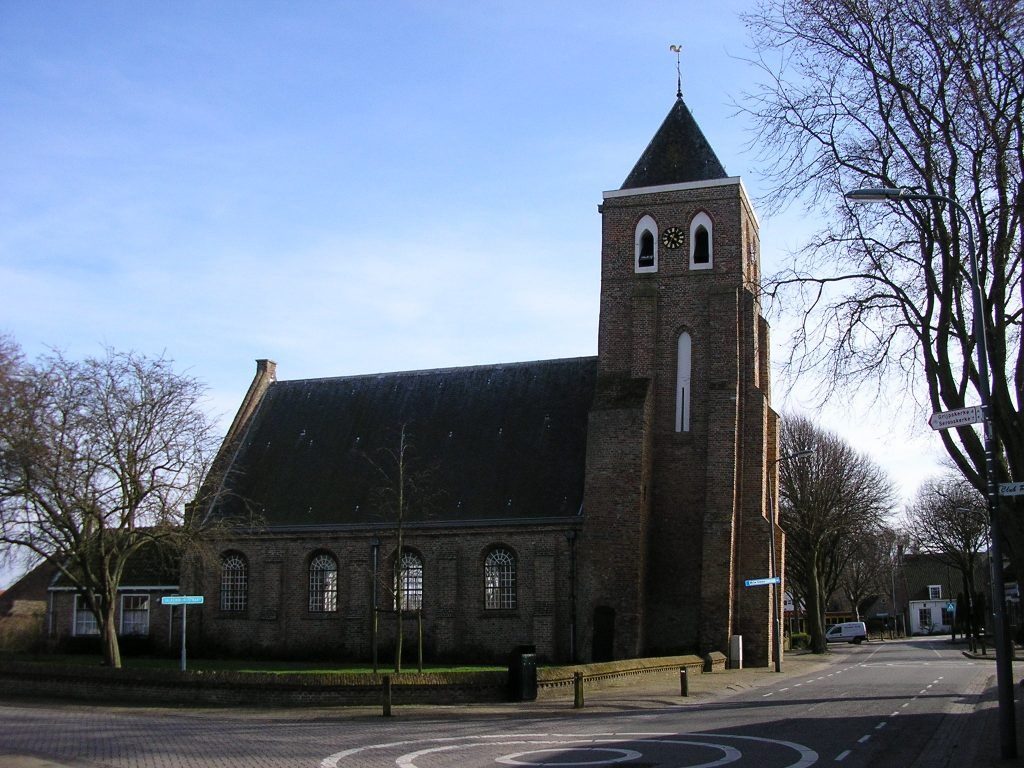 The Odulphus church in Meliskerke. The church building was downsized after the battle in the early years of the Revolt.

And then came the iconoclasm and the struggle between the ‘Geuzen’ (the Beggars) and the Spanish troops. In this period, a veritable guerrilla war was waged in the Zeeland countryside. Churches were an important target because the warring parties used them as a kind of bunker to entrench themselves. Many churches were damaged, especially on Walcheren, but also on Schouwen and Zuid-Beveland.

There was very little money available to rebuildall the churches after the battle. Choices had to be made. The States of Zeeland decided in which centres the churches were to be rebuilt and which ones were to be demolished in order to reuse or sell the building material. In a number of cases, the decision was also made to scale down the size of the church. That’s what happened in Koudekerke, for example. If you look at the size of the Dorpsplein there nowadays, it is noticeable that the church looks somewhat undersized.

No church, no village

When deciding whether to restore or demolish, the States effectively decided which centres could continue to grow and prosper. Good examples of this are Grijpskerke, Serooskerke and Buttinge. The States decided that the churches of Serooskerke and Grijpskerke would not be restored and the church of Buttinge, which was in a much better state, would be restored. After much protest, this decision was reversed and the church of Buttinge was not restored. Both Serooskerke and Grijpskerke are still lively villages to this day. Buttinge is a hamlet with a few houses. As a matter of fact, the remains of the church are in the backyard of one of those houses and you are welcome to visit them. They are part of Middellandse Zeetuin Uilenbroek and are surrounded by follies and exotic plants.

The way it went in Buttinge is how it went in many places. Especially at the beginning of the sixteenth century, many villages without a church shrank dramatically, leaving little more than a hamlet and sometimes even less than that. The parishes subsequently merged. For example, people from Boudewijnskerke and Sint-Janskerke went to church in Zoutelande. Then, they would often walk the shortest possible routes across the fields. Near Boudewijnskerke (between Camping de Visser and Melsesweg), one of these unpaved church paths has been restored. You can wander straight across the fields there. 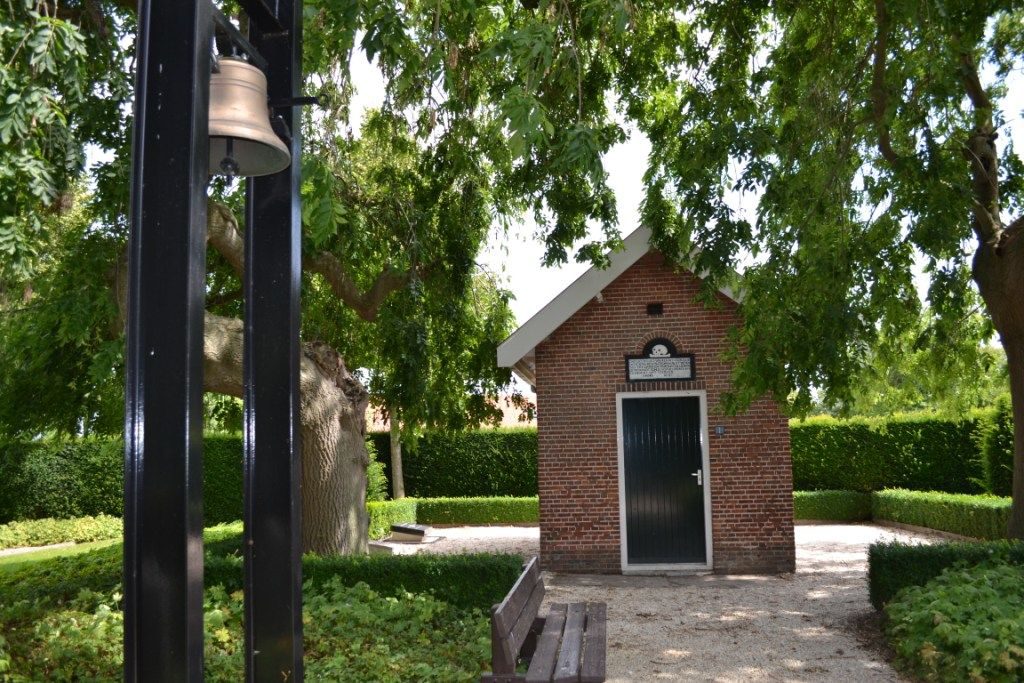 Bell seat in the churchyard of Sinoutskerke (Erfgoed Zeeland).

Because the demolished materials of the churches were very popular, you can only see traces of shrunken villages in a limited number of places. In many cases, however, the churchyard has been preserved for a long time. This is the case, for example, in the tiny village of Sinoutskerke (where the church lasted until the early twentieth century). There are almost no houses, but you will find a churchyard with beautiful old trees. In a few exceptional cases, a tower has been preserved. If a tower was left standing, it was often because it was used as a light beacon. This is the case, for example, with the Plompe Tower of the drowned village of Koudekerke. You can also climb this tower. You then have a wonderful view over the Oosterschelde and the ‘inlagen’ of Koudekerke.

The church in Oud-Sabbinge was destroyed, but the foundations of the church have been bricked up in the middle of the Ring. You can clearly see that a good-sized church used to stand here. The Hoogelande chapel is a special story in itself. Not only the churchyard was preserved here, but also the church ruins. In the second half of the 20th century, it was rebuilt as a chapel. The chapel is popular with couples getting married and is also used for cultural activities. 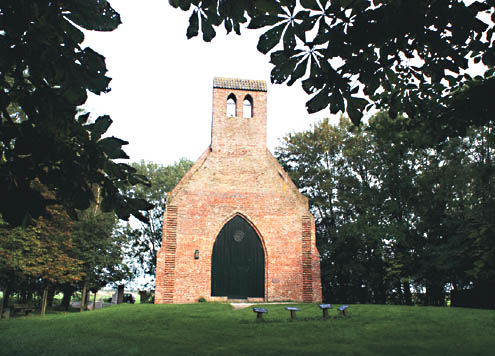 Sometimes you can see only a little or nothing at all of a shrunken village. Especially on Schouwen-Duiveland and Walcheren, people have worked hard to make that past more visible. Scattered across Schouwen-Duiveland are transparent information boards with the contours of former villages drawn on them. When you look through them, you can see how the village once stood in the polder centuries ago. This brings places like Looperskapelle, Klaaskinderkerke and Viane back to life. On Walcheren, this has also been done for a number of shrunken villages. The transparent information boards are located roughly in the corner between Meliskerke, Zoutelande and Westkapelle. You can also take a cycling or a walking tour of shrunken villages here and experience how Walcheren’s until recently almost invisible past is brought back to life.