Walcheren was at one time called the garden of Zeeland. A fitting name, since there were around 270 country estates here at the time (large monumental country residences with a large surrounding garden or park), which meant that around eight per cent of Walcheren was used as a garden. There were also many country estates outside of Walcheren (mainly on Schouwen-Duiveland). They were built for the elite of the seventeenth and eighteenth centuries. A relatively small number of them have survived, but even that small number gives an excellent impression of the sheer splendour that was of the utmost importance to wealthy Zeelanders at the time.

In the seventeenth century, regents fled the crowds and stench of the city and spent their summers in country estates. At first, these concerned small farms or houses. But over the course of the seventeenth and eighteenth centuries, the country estates were transformed into classical buildings with large, landscaped gardens. The country houses were not only a place of refuge for pleasure, but also a property to show off. Builders were inspired by whatever was in fashion. And a building or a garden was regularly completely overhauled. European influences also seeped into the Walcheren country estates. Typical of Zeeland’s country estates are their towers. They probably served to provide a view over the island and the sea and alluded to Italian architecture. 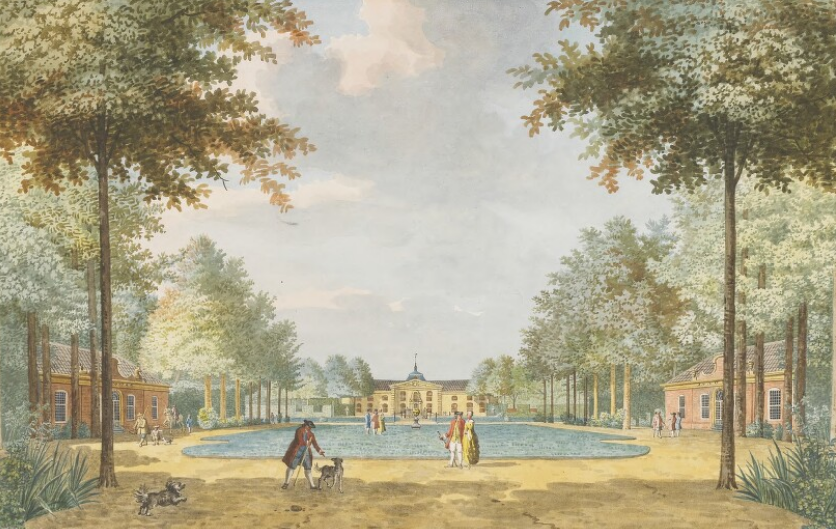 These gardens were also susceptible to trends. The first country estates were designed in a formal style: very geometric. In the eighteenth century, under the influence of Romanticism, gardens were laid out in a landscaped style with more flowing lines, winding ponds and less rigidly pruned trees and plants. In these gardens other ‘frivolous’ elements were added, such as deer camps, grottos, orangeries and sometimes a hermitage (a replica of what a hermit’s house looks like). At Westhove Castle, which also served as a country estate, the hunter was sometimes even asked to play a bohemian. One trend that we can probably now relate to a little more easily is the construction of teahouses. In Middelburg, you can see one of these from the Griffioenpad. The dome, which protrudes picturesquely above a watercourse, once stood on the De Griffioen country estate.

The end of the country estates

The country estates generally were very expensive to maintain. Income often came from, for example, felling trees or from vegetable gardens and orchards, but this did not outweigh the high costs of maintaining the gardens. When prosperity in Zeeland declined drastically at the end of the eighteenth century, it also meant the end of most of the country estates. Many estates were sold to farmers. The houses were demolished and the gardens, parks and woods were put to use as farmland. Sint Jan ten Heere is a fine example of this. It was once one of the most beautiful country estates in Walcheren, featuring a central hall with a domed roof twenty metres high and a large park-like garden with magnificent views, a carp pond and a Chinese-style teahouse. Nowadays, only farmland remains at the location of this country estate along the road between Aagtekerke and Westkapelle. The stones from the country estate have been worked into the farmhouses built on the grounds of the country estate. All that remains is a hamlet with the same name.

The fact that we still know what many of the country estates like Sint Jan ten Heere looked like is thanks to the painters and draughtsmen who made very accurate drawings and engravings in those days. Painter and draughtsman Jan Arends, for example, did an enormous amount of work in this field. He made about a hundred etchings and engravings. 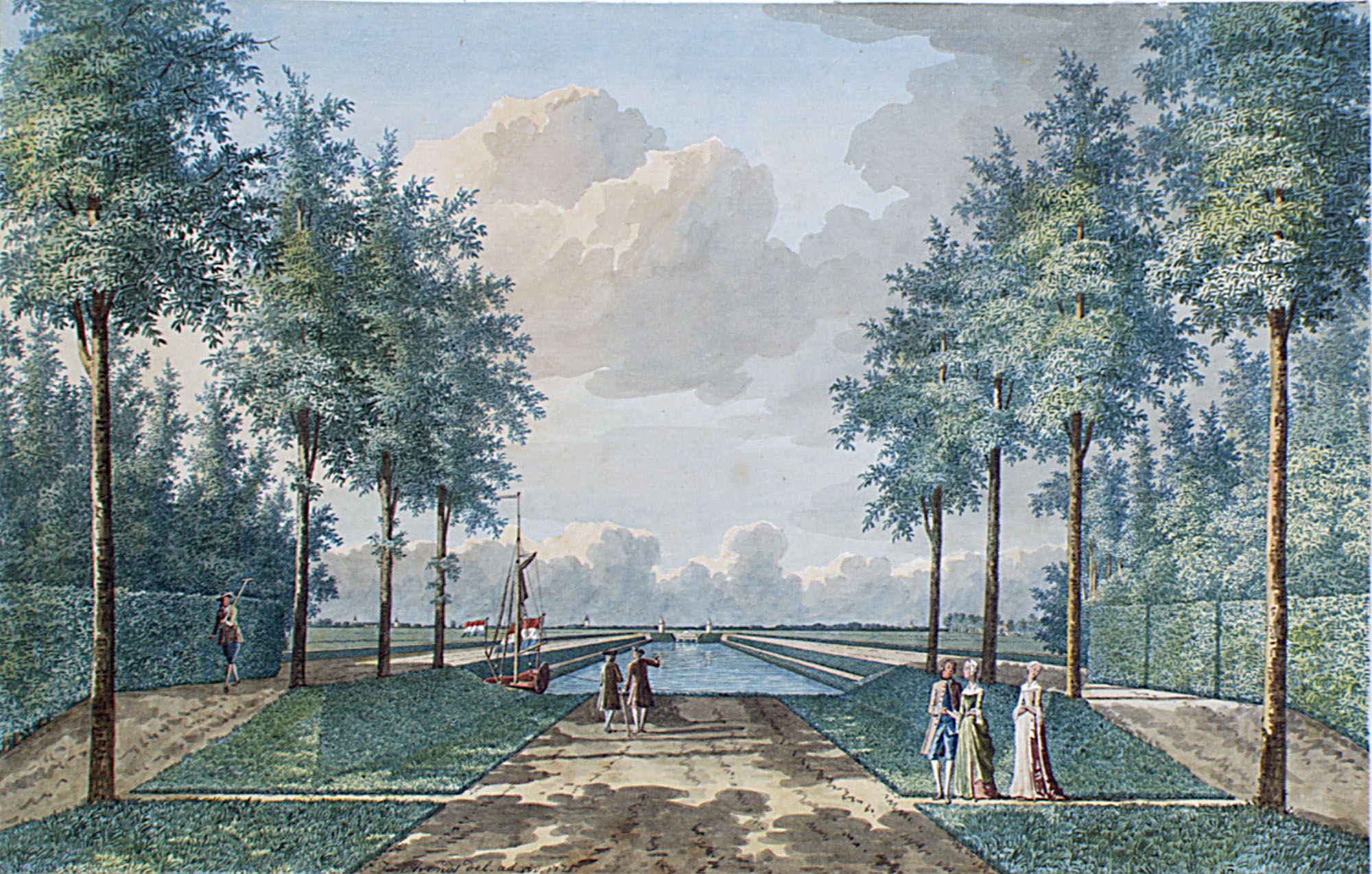 The garden of the Poppenroede Ambacht country estate, with the accompanying canal in the background. Watercolour by Jan Arends, around 1770-1771 (Zeeuws Archief, KZGW, Zelandia Illustrata).

Despite the high maintenance costs, a number of estates have been preserved. There are quite a few to be seen near Schuddebeurs (just outside Zierikzee), Middelburg and especially in the Manteling, between Oostkapelle and Domburg. Wonderful cycling and walking routes run through the latter area, where you can enjoy the woods and vistas of the majestic mansions, parks and gardens. 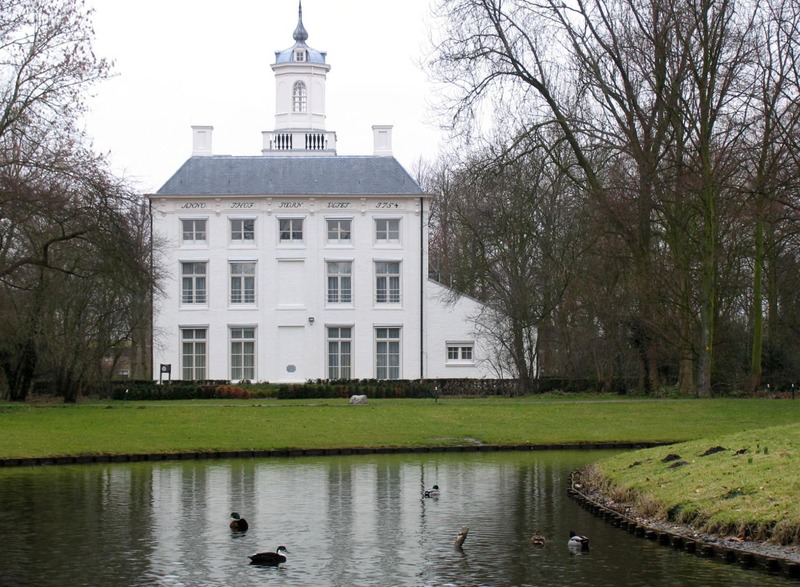 Toorenvliedt lies just inside the city limits of Middelburg these days. It is a typical example of a country estate. There used to be a manor here. After several extensions, the present stately home with its turret was built. The house was surrounded by a forest and a park. During the Second World War, many bunkers were built on the grounds. When the park was restored during the reconstruction, these were hidden from view as much as possible, but during a more recent redevelopment, they were brought out into the open. It is now a war memorial area where you can walk past bunkers in the park. During that walk, of course, you also have a splendid view of the main building of Buiten Toorenvliedt. In a short film from the Zeeuwse Canon about Toorenvliedt you can learn more about this and other Zeeland country estates.

Where you can now see the elegant towers of Ter Hooge just outside Middelburg, there once stood a rather shabby small castle. This no longer sufficed in the age of country estates, and so, in the mid-eighteenth century, the present small castle was built. Only one of the original towers has remained. The garden was also given a complete makeover. Among other things, a deer park was created and there was even a basin with a toy hunting area. Due to the inundation of Walcheren in 1944, all of the trees in Ter Hooge were lost. Even then, a new layout for the park was designed. When you walk here, it feels as if the ponds and beautiful vistas to the castle have been there for centuries. In early May, the cow parsley blossoms and it is even more picturesque outside than usual. 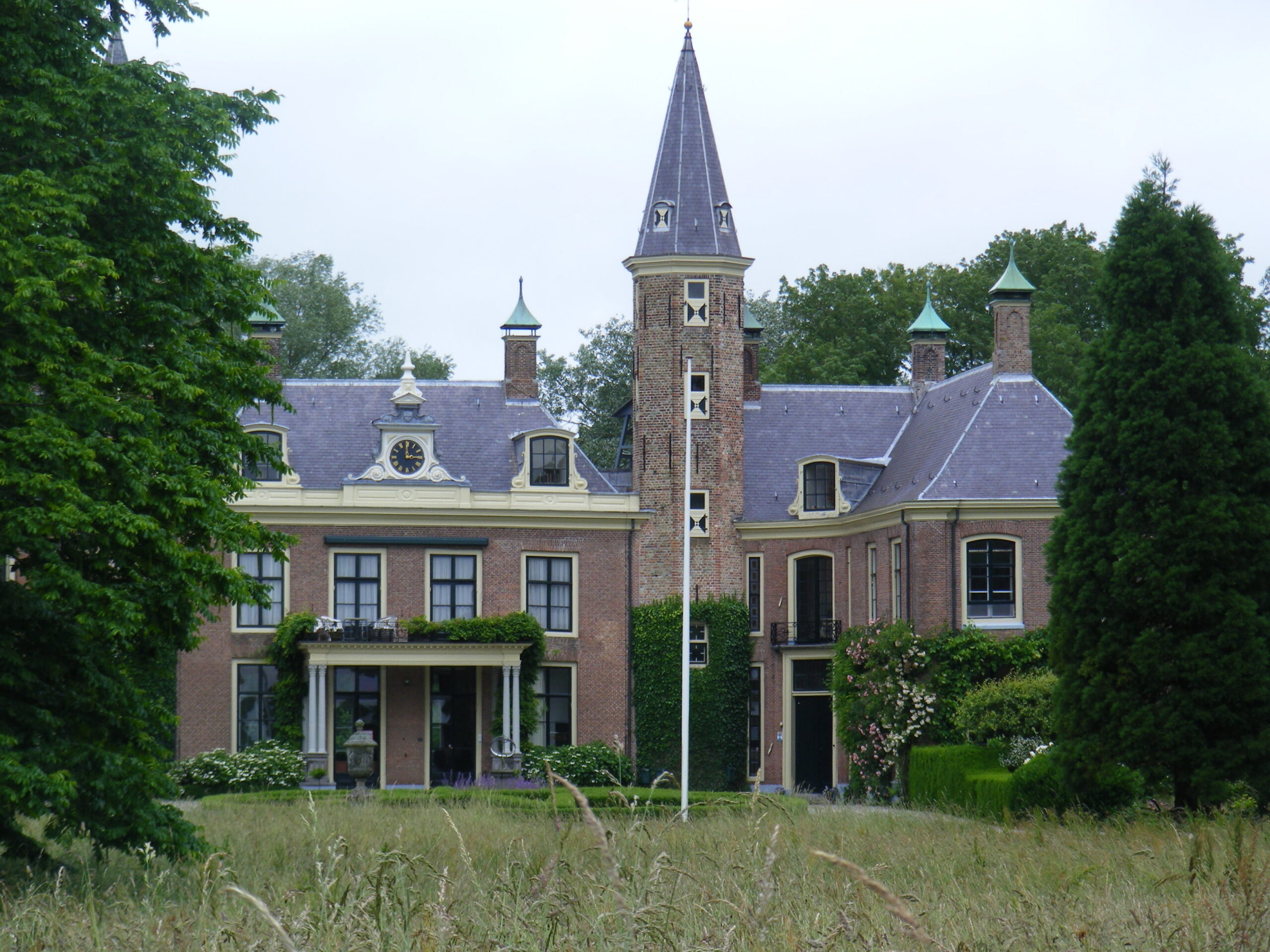 Just like ter Hooge, Duinbeek in the Manteling between Oostkapelle and Domburg was built in the eighteenth century on the site of a medieval castle. Both the house and the garden were designed in a symmetrical fashion with clean lines. The moat of the old castle has been preserved. Although the house is designed in an austere, neoclassical style, it does have a lookout tower. This may have served as a teahouse. Duinbeek is not open to visitors, but you can see it from the footpaths and bike paths through the Manteling. With its long driveway and the moat around the grand house, this building still manages to impress a few centuries after its construction.

Overduin can also be seen from the footpaths and bike paths through the Manteling. At the end of an enormous grassy field, you can see a massive mansion the likes you have only ever seen on film decors. There had been a country estate here in the past. It was demolished shortly after 1800 and then, contrary to the trend of disappearing country estates, forty years later another – for its time very modern – country estate was built with a large whitewashed mansion in the neoclassical style, a coach house and a gardener’s house. The park around the house boasted a wide variety of trees and shrubs. Moreover, there was also a menagerie with all kinds of animals. It later became a deer park. Unfortunately, the park and its wealth of plants were lost during the inundation in 1944. Only the deer survived, because they were driven to the higher dunes. The fallow deer that you can now encounter in the wild in the Manteling are the descendants of those deer.