There are many ring villages in Zeeland. Especially from the late twelfth century onwards, churches were built in a lot of places because the population was growing rapidly and Catholic clergymen urged the population to go to mass more often. Apart from that, building a church was a convenient way for the ambachtsheren (ruling landlords) to gain more power and status. A village would then grow around such a church. This almost organic growth can still be seen in many villages in Zeeland.

At the centre of the village, and often on high ground, stands the church and the churchyard. Right next to it, the church is encircled by a cluster of houses and sometimes also by farms. Which is why it is called a ring village. From that base, that village expanded further. Many ring villages were given the name of their founder: Meliskerke, for example. S Sometimes the word ‘s-Heer (‘the gentleman’ or ‘the lord’) was added, like, for example, ‘s-Heer Arendskerke. 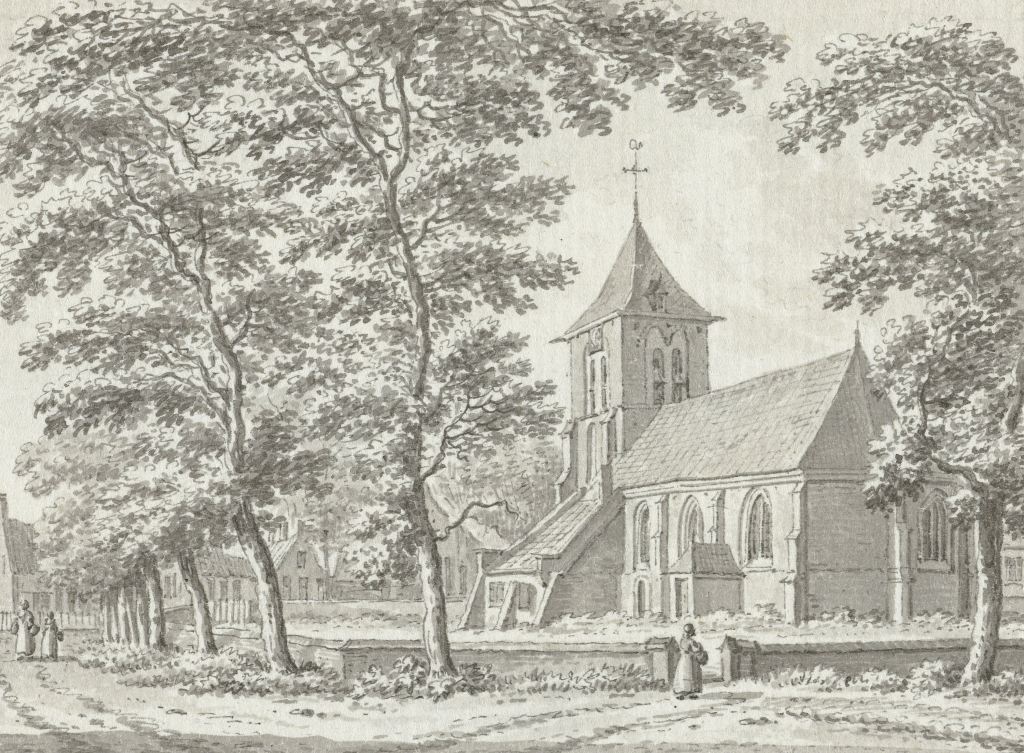 In this ring village in Walcheren, the church was obviously built on the highest point in the land. All the streets leading away from the Kerkplein (as the ring village is called here) slope down sharply. Because Biggekerke has remained a relatively small village, you can still see quite a few farms on the Kerkplein. When villages grew, the farms usually moved to the outskirts. This did not happen to Biggekerke. There are more reminders of the agricultural past on the Kerkplein. For instance, it also has a travalje (stable) that was rebuilt in 1996. 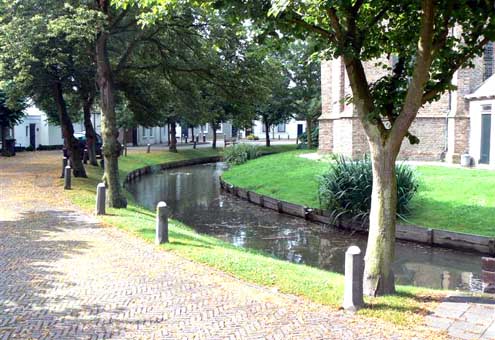 Noordgouwe is a relatively young ring village on Schouwen-Duiveland. The polder where it lies dates from the late fourteenth century. It has been given the status of protected village because it is said to be ‘a typical ring village of Zeeland’. However, you will not see very many ring villages like Noordgouwe. This is because there is still a small canal around the church. This used to be the case in more ring villages, but practically everywhere, they have long since been filled in as they began to look more and more like open sewers. Noordgouwe is a quiet and serene village and the centre is undeniably picturesque. Together with Nisse, Noordgouweis often cited as one of the most beautiful places in Zeeland.

In many ring villages (Biggekerke and Noordgouwe, for instance) the ring is not exactly round. There’s a bit more to it than that in Nisse. You’ll find a particularly large and stretched out Dorpsplein (village square) here. It is possible that the ring around the church on the south side of the square was once extended northwards. This extension would be quite old, because the square was already referred to in 1326. Because the square is so large, there is also plenty of room for trees. In the autumn, the leaves change colour splendidly and the village is even more photogenic than usual. On the village square, you will find a vate (a village pond where cattle used to drink), a water pump and a bandstand. 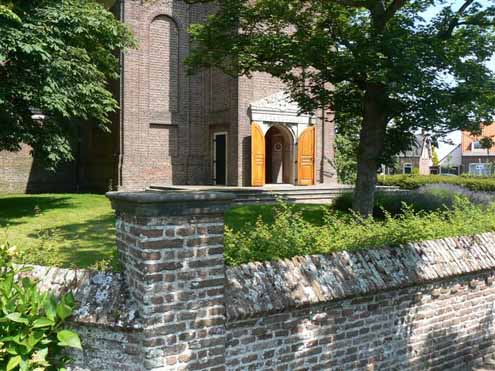 Many people will know Burgh from the ring wall castle after which the village is named, but the church and its adjacent churchyard are the heart of the village. The ring is not round here either, but more of a square. The churchyard is surrounded by a wall. This is common in many ring villages. The churchyard was sacred ground and they did not want cattle wandering around there. 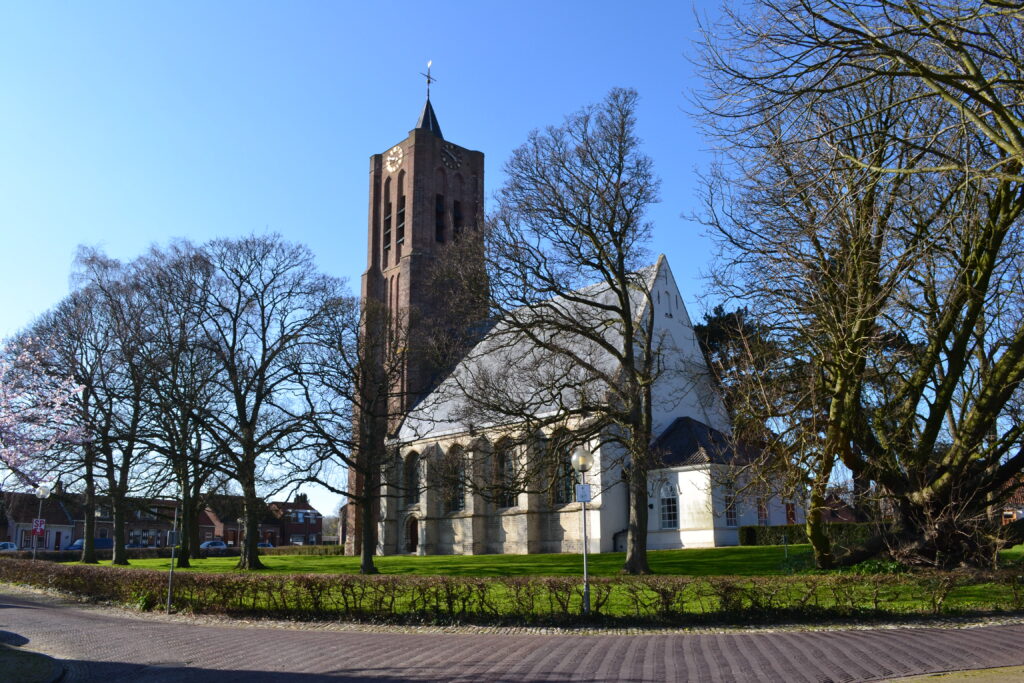