In the thirteenth century, the salt marshes west of the Vrouwenpolder were dammed up. This led to the creation of the Gerstepolder and the Beekhoekspolder, among other things. The beach sand blew in from Domburg and formed the first dunes. These grew into a pristine, wild dune landscape: Oranjezon.

The area was part of the marquisate of Veere and owes its name to the original owners: the counts of Nassau, later to become the princes of Orange. And therefore not, as is sometimes assumed, to the beautiful view of the setting sun. Over the centuries, the area has been used by humans in various ways, leaving their traces behind along the way. Nowadays, it is a nature reserve once again, managed by the Het Zeeuwse Landschap (the organisation for the preservation of the Zeeland landscape). 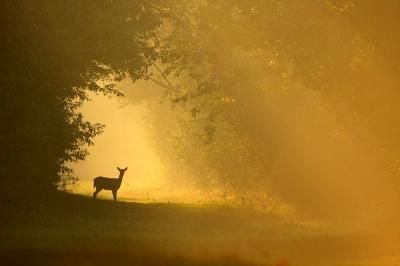 From the Middle Ages to 1760, the dunes were leased out for rabbit hunting, as so-called ‘konijnenwarandes’ – rabbit hunting grounds. Rabbit hunting was an important source of income. Not just for consumption, but even more so for the skin. Hats were made from them, which found their way to Paris.

Forest was planted in the area between the dunes and the polders: the Oranjebosch, also called the Princenbosch. The rest of the area was used as a fen: grazing land for cattle. 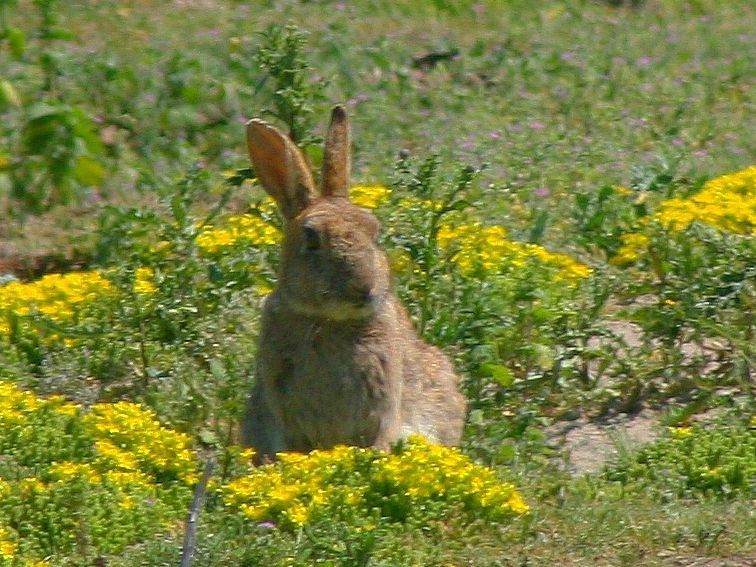 Around 1850, the state of public health in the south-western Netherlands was appalling: smallpox, typhoid and cholera were the order of the day. At that time, the local residents still collected their drinking water from rain barrels and wells. In 1889, the Municipality of Middelburg purchased part of the dune area to extract clean drinking water. At first, water was extracted from wells and later, in the context of providing employment, canals were dug for this purpose. The water went via a pipeline to the water tower in Middelburg. A large volume could be stored and transported from there.

Extraction of water has been discontinued since 1995, but in the event of an emergency Oranjezon can supply clean drinking water to the whole of Walcheren within 24 hours.

Oranjezon offers everything a nature lover could ever wish for. The great levels of diversity in the area provide an enormous wealth of plants and animals. Oranjezon has long held the status of a natural monument and in 2008 the status of ‘geological monument’ was also added. It is one of the few places along the Dutch coast where you can actually see in the landscape how dunes come into being and change over time in a natural way. Sand is blown from the wide expanse of beach to the foot of the dunes. This is where the drifting sand remains in the sand bars, behind the first vegetation. Oranjezon keeps growing a little bit at a time this way.

There is less wind further inland, which gives shrubbery a chance to take root. Gradually, the undergrowth grows into deciduous forest, consisting mainly of birch and oak. Dune valleys are formed where the sand is still being blown away by the wind. Special plants grow here: well sheltered and amply provided with fresh water. Dune grassland is created instead of thickets due to grazing or trampling, and this is where you will find other, often rare plants.

Over the past century, the landscape of Oranjezon has changed dramatically. Excavation of water reclamation canals, planting of woods and marram grass and the advance of bird’s eye cress turned it into an area that was rough, overgrown and dried out.

With the current form of management, nature is regaining control and there is again plenty of diversity in the landscape, as there should be in a dynamic dune area. The area is moister now that water extraction has been discontinued. Canals have been filled in, which means that the dune valleys are reappearing. Pine trees do not belong here originally. They were planted at the time to prevent the sand from drifting into the water collection canals. The coniferous forests are slowly being transformed: through targeted felling and natural rejuvenation, a more diverse and original forest with corresponding plants and shrubs is being created. 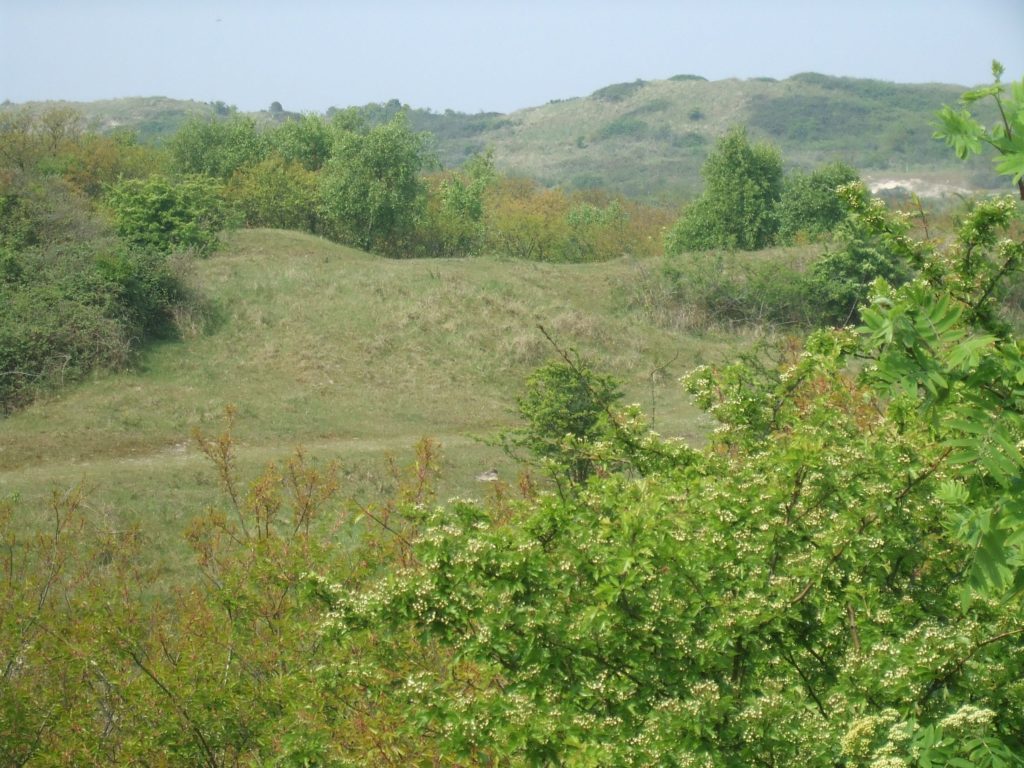 Bird Cherry is a real invasive species that leaves little room for other plants and shrubs. By removing it, the area opens up and becomes more varied. The grazers – ponies, horses, cows and not forgetting the roe deer and fallow deer – also do their bit. Beautiful dune grasslands are being restored, not only because they graze there, but also because of their tread.

Historically, roe and deer did not populate the area of Oranjezon. However, in the meantime these stately animals have become a permanent fixture here. The roe deer migrated on their own from the eastern part of the Netherlands via Brabant to Zeeland. The fallow deer have their own story: during the inundation of 1944, they were set free from the deer park of the Zeeduin country estate. Nowadays there is a stable population of wild deer.