Mussels and oysters are considered by many people to be typical products of Zeeland. These briny delights have been on the Zeeland menu for a very long time. Traces of fishing have been found in Zeeland dating back thousands of years, and there is also evidence of shellfish being consumed in Roman times. What separates the mussel and the oyster industry of today from that of yesteryear is that the shellfish were caught then, now they are farmed. But they still taste delicious!

In Roman times, mussels and cockles were already being eaten in Zeeland. Evidence of this has been found in rubbish pits from that time. Utensils and packaging materials have also been unearthed which suggest that allec was produced here – the cheap version of the fish sauce that was so popular in Roman cuisine. It was probably made from mussels, cockles and oily fish such as anchovies and sprats. The fact that extremely large quantities of shellfish leftovers have been found underpins this theory. On the east side of the N57 road, along the Wattelsweg near Serooskerke, a knoll was studied that had been heaped up with waste from two seasons. In total, around 5,500 kilos of shellfish – far too much for everyone to eat. The knoll has been reconstructed at its original location and the discoveries that were made can be seen in the museum the Oude Brandspuithuis (Old Fire Engine House) in Serooskerke.

Edge of a large earthenware storage cask with engraved letters on the underside: AL//C XIS. The letters mean that the barrel was filled with over 300 litres of locally produced fish sauce (allec) (Erfgoed Zeeland).

Mussel fishing in Zeeland intensified significantly from the seventeenth century onwards. People mainly fished in the Verdronken Land van Zuid-Beveland (the Drowned Land of Zuid-Beveland) and in the vicinity of Bruinisse, Terneuzen and Axel. The last mussel fishermen from the then dwindling town of Reimerswaal moved to Tholen in 1631. This became the centre of Zeeland’s mussel fishing industry. Every year in June, about thirty ships sailed out here to bring the mussels, which were then fully grown, ashore. In addition to mussels, they also caught crabs.

Mussel fishing sometimes degenerated into bitter disputes. There are examples of mussel fishermen from Tholen who came to blows with, for example, mussel fishermen from Axel, Sas van Gent, Bruinisse, Terneuzen or Ghent. These conflicts were so violent that they were also called mussel wars. But there was more to worry about: overfishing was also prevalent.

At the beginning of the 19th century, legislation brought some more structure to mussel fishing and by the end of that century, the focus shifted to mussel farming rather than fishing. Yerseke subsequently became the centre of the modern mussel culture. The mussel fleet grew enormously within a short period of time.

Although the oyster industry did not really get going until the 17th century, its history is somewhat similar to that of the mussel industry. At first, oysters were fished, and it was in the 19th century that cultivation of them began. What is typical of the oyster industry is that it is highly volatile. Enormous profits alternated with major setbacks. Disease and frost caused bad harvests and overfishing was initially a problem as well. Thanks to artificial oyster farming, an end came to these problems, but at the same time this caused considerable inequality in Yerseke. When the oyster beds could no longer be fished at will, fishermen had to lease a plot for a lot of money or work for a larger oyster grower. The oyster culture came into the hands of rich oyster barons who were after a good investment for their money. The village community split into different social ranks and classes.

Oyster farming was known to be a quick way to get rich. This also attracted a lot of outsiders to Yerseke. The village was sometimes called the Zeeuwse Klondike after the Canadian region where many gold-diggers tried their luck. However, the ‘gold’ that came out of the briny water here offered no such guarantee of a fortune. At the end of the nineteenth century, for example, oyster prices fell sharply due to overproduction and poorer quality. 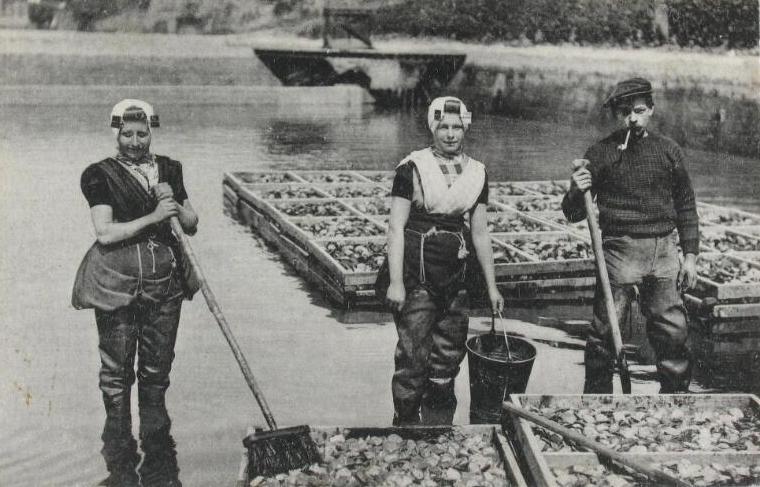 In the twentieth century, Yerseke grew into an international centre for oyster and mussel cultivation. Independent family businesses were the most successful. They worked hard, lived frugally and dared to take risks. They also placed more value on their lifestyle and freedom than on maximising their financial profits. The work of women also played an important role in this. Oyster cultivation was the only form of fishing where women ventured out on the water. They placed the roof slats that the oyster larvae attached themselves to in the water.

The 1960s and 1970s were not rose-tinted years for mussel fishermen and oyster farmers on account of the harsh winters, disease and the threatened closure of the Oosterschelde river. Their protests eventually led to the construction of the Oosterscheldekering. If you want to know more about the history of mussel and oyster farming, then you can watch a short film from the Zeeland canon about oyster pits. 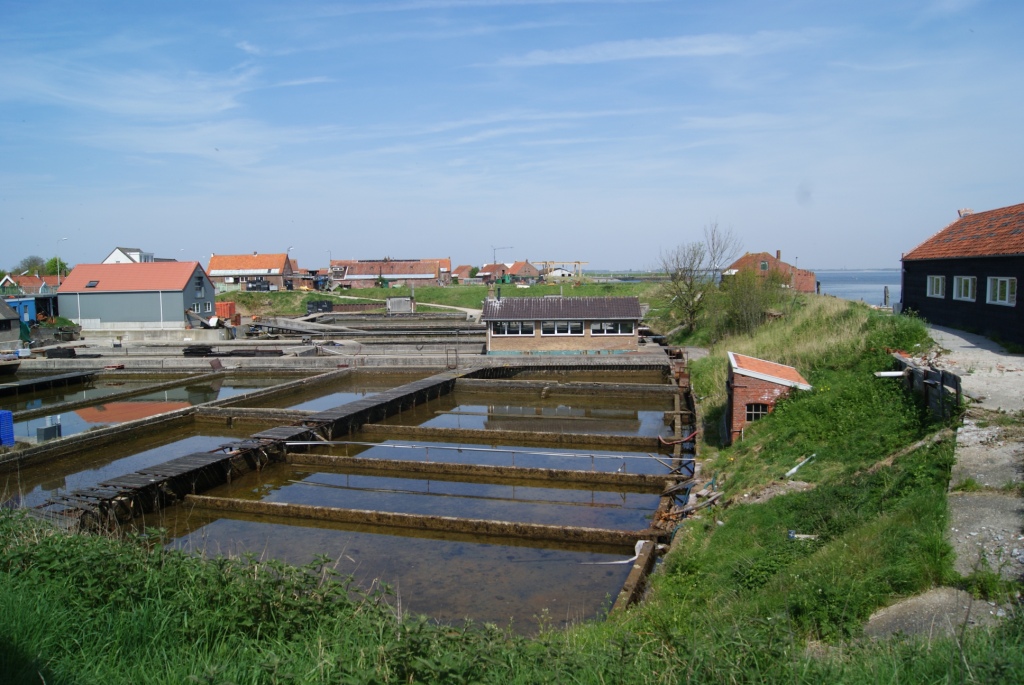 In Yerseke, you will still not be able to avoid the shellfish culture. The harbours are full of mussel boats and in the centre of the village, historic oyster pits from the nineteenth century can still be found. These are also still in use today and right next to them, you will find all kinds of cafés and restaurants where you can sample mussels and oysters. The village is also home to the Oosterschelde Museum, where you can learn all about the history of oyster and mussel farming. There are also boat tours which take you to see the mussel plots, for example. There is an annual festival in Yerseke on the third Saturday in August. That’s when Mussel Day is celebrated.

Apart from Yerseke, there are two other mussel villages: Bruinisse and Philippine. Both villages have large statues of mussels. Bruinisse is still home to many mussel trawlers. The village of Philippine does not have a harbour anymore. In the past, mussels were transported from here to Belgium and even Paris. The Posthoornstraat, which runs almost directly to the south, used to be the mussel highway of Europe. Now traffic flows the other way round. On Sundays, Belgians come to the village en masse via this road to enjoy a sumptuous mussel meal in one of the many mussel restaurants.