For centuries, Zeelanders have crafted their own landscape. This was mainly done to keep their feet dry or to reclaim new land and create fields and meadows. Yet since the twentieth century, they have been very busy creating new nature as well.

Halfway through the twentieth century, Zeeland was given a whole new look. This had everything to do with the inundation during the Second World War and the flood disaster that was soon to follow. After the inundation, agricultural plots on Walcheren were expanded, a new road network was built and there was less vegetation. Forests were planted near the creeks created by the breaches in the dykes and recreation areas with footpaths were built. You can enjoy lovely walks along the Veerse Kreek, the Westkapelse Kreek as well as the Ritthemse Kreek.

On Schouwen-Duiveland and Tholen, almost all of the differences in height disappeared from the landscape and plots became larger and more uniform. Forests and footpaths were also laid near the creek areas that were created at the Schelphoek and Ouwerkerk. At the Schelphoek, there are sunbathing spots where you can swim. While at Ouwerkerk, you can also go swimming or canoeing and there are plenty of nature excursions for children. 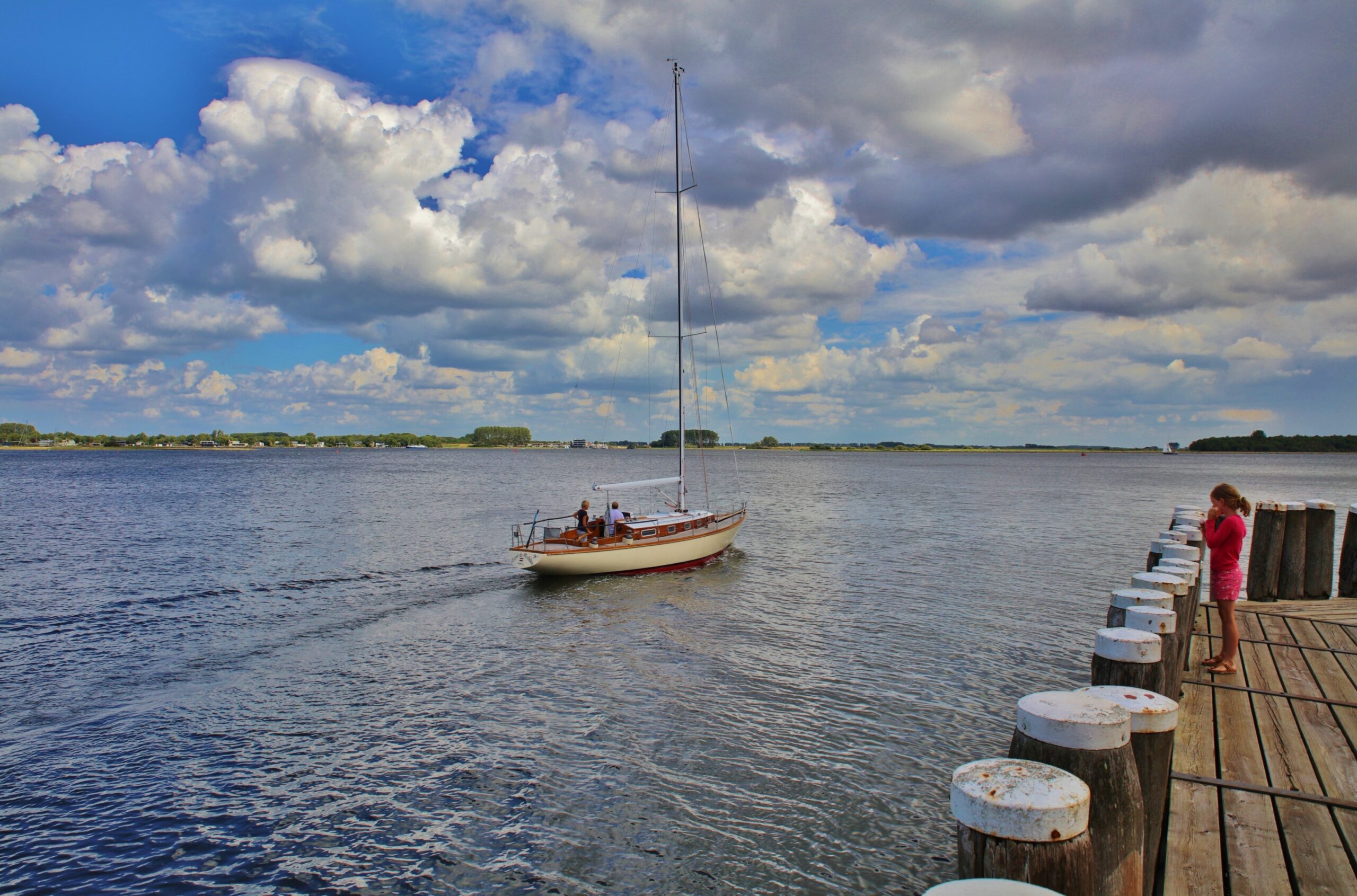 From the port of Veere onto the Veerse Meer. The lake came into being as a result of the damming up of the Veerse Gat. (beeldbank.zeeland.nl, photo Ben Biondina)

The Zeeland landscape took on a different appearance as a result of the Deltawerken. Landscape architects were involved in the construction of the Bouwers Dam. It is now home to a vast dune area and recreation area where you can practice all kinds of (extreme) water and coastal sports. And once a year, the Concert at Sea festival is held here. The construction of the Veerse Gat Dam created a completely new recreational lake: the Veerse Meer. Every year, a lot of water sports enthusiasts come to surf, kayak and sail in what is, for Zeeland, relatively calm water. The sandbanks that used to be here are now islands where you can moor your yacht. Recreational areas have been created on the edges of the lake. You can walk and mountain bike in the woods and meadows of the Schotsman on Noord-Beveland, and on the water’s edge, there is a water playground for children and a waterskiing course for those who are a little older. Goudplaat used to be a sandflat. A forest with a footpath was laid here after the Veerse Meer was dammed up. Further towards the coast, you will find a meadow area with many species of wild flowers.

A complete working island was created for the Oosterschelde Barrier: Neeltje Jans. A sandbank was raised for this purpose and when the construction was finished, a barren building site was left behind. The decision was made to create a new dune area here. The foundation was laid with the help of heavy machinery. It had to become a dynamic area that, after the artificial start, would form itself further under the influence of water and wind. Therefore, on the North Sea side, space was created for a ‘slufter’ (tidal stream) that could cut deeply through the dunes. But nature is stubborn and the tidal stream soon silted up. A tidal stream then arose spontaneously on the Oosterschelde side. The tidal stream cuts deeply into the land and saltwater flows into the dune valleys at high tide, where all kinds of salt-loving plants such as glasswort and sea lavender now grow. One of the walking routes across the island entails crossing the tidal inlet. At high tide, it is better to take off your shoes. 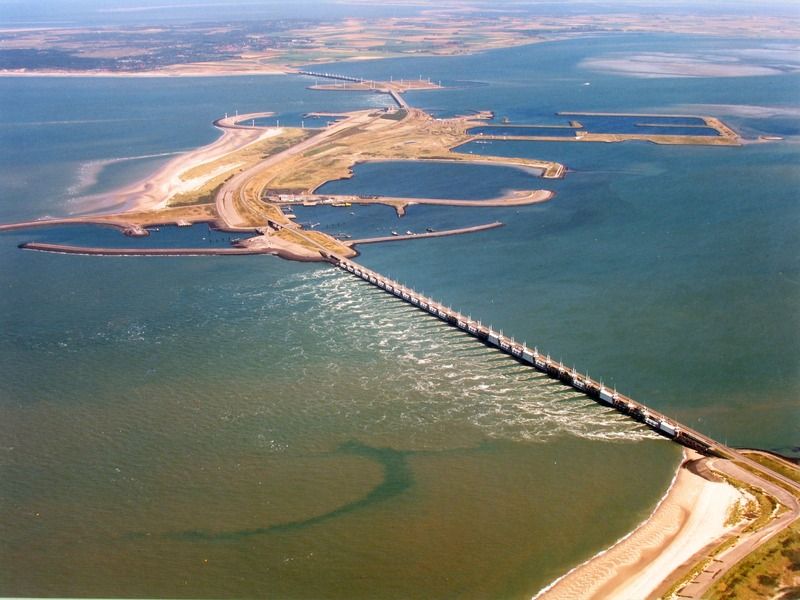 At first, Neeltje Jans was a rather bare stretch of sand, but soon pioneer plants started to grow on it. These have since disappeared. Now you’ll see a mature dune landscape with lots of marram grass and sea buckthorn on the island. Sometimes you can imagine that you are in a completely natural area, but when you see the artificial coastal forms of the old harbours or the construction pits of the dam pillars a moment later, you realise once more that you are on Neeltje Jans. These former construction pits are now actually used for mussel cultivation and on the North Sea side of the island, you can often see seals sunbathing here. There are several walking routes on the island, also for people with disabilities. On the North Sea side, you will find a long and wide beach where you can go for a swim – there is also a beach pavilion here. Kite surfing is common on the beach, especially on the south side. On the Oosterschelde side, you can eat the mussels that are cultivated here at Proef Zeeland. A little further on is the theme park Deltapark Neeltje Jans. Here you can have a look at a dam pillar from the inside, watch sea animal shows or splash around with the kids in the water playground.

It wasn’t just nature reserves that were created directly as a result of the construction of the Delta Works. On the south side of Schouwen-Duiveland, large nature areas were created in the Prunje Polder and its surroundings. The construction of the Oosterschelde Barrier has led to fewer salt marsh and mudflat areas in the Oosterschelde where birds can forage or rest during high tides. They can now go to the wet meadow and mudflat areas to look for food or to roost. Next to that, the Hedwigepolder is being depoldered. The area forms part of Borderpark Groot Saeftinghe. 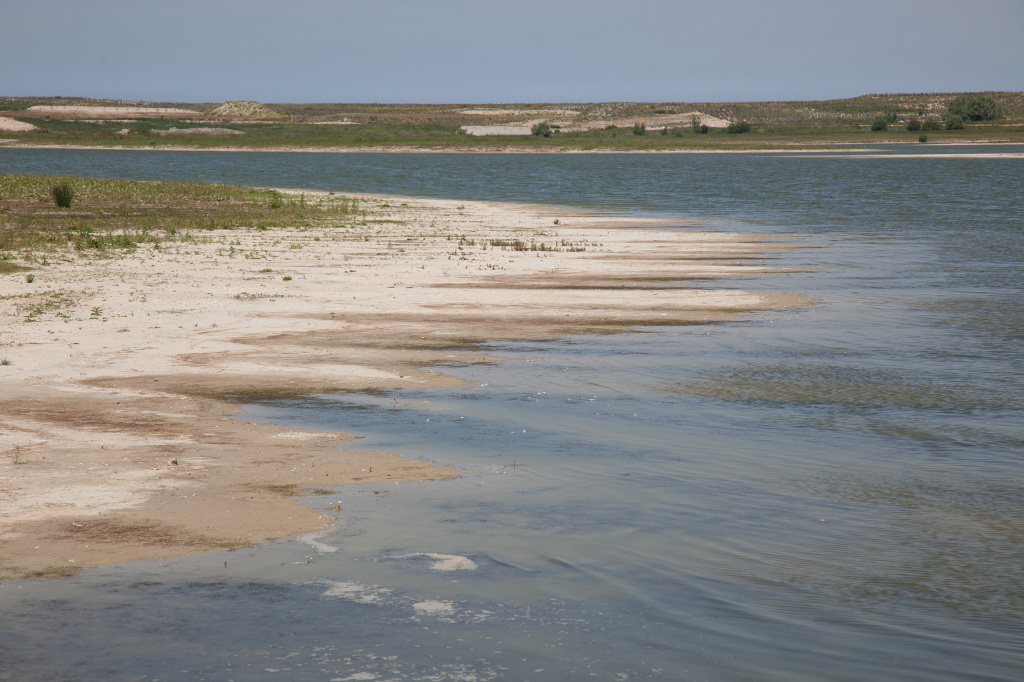 So, nature is still being actively worked on. This is also the case on the coast between Breskens and Groede. A new nature area has been created here: Waterdunen. The dike has been raised and directly behind it is a dune area measuring 300 metres in width. This is able to withstand a superstorm and at the same time, a unique nature area has been created. In addition to the dunes, a creek area has also been established here. The dike has a culvert, which allows saltwater to flow into the channels of the creek system. The tidal force creates salt marshes and mud flats, which in turn attract many (water) birds. You can explore the area on a guided tour led by Het Zeeuwse Landschap or you can hop on your bicycle and explore the area. What’s more, there will also be opportunities to stay the night in cottages or on a campsite. Waterdunen is where coastal protection, landscape development, nature and recreation all come together. It doesn’t get any more Zeelandic than this.