Middelburg Abbey has been the centre of power in Zeeland ever since the Middle Ages. First as the monastery of the Premonstratensians, later as the seat of the provincial government. In the 19th century, the Abbey buildings also housed a number of cultural institutions for the citizens of Middelburg. Such as a concert hall and even a gymnasium. Also on account of its historical value, the complex became more and more appreciated over time. In May 1940, the Abbey was almost completely destroyed. However, reconstruction soon began. The government and the civil servants of the Province are still seated there. The abbey has also kept its significance for Zeeland’s culture.

In the eleventh century, the so-called Gregorian reform movement started up within the Catholic Church. Its followers believed that clergymen should live as modestly as practicable. They fasted, did manual labour and spoke as little as possible. In 1123, one of the leaders of this movement founded a monastery on Walcheren. Within a few years, it passed over to the Order of the Premonstratensians. The building was located inside the old ring fort of Middelburg. At that time, the Middelburg Abbey was the sole monastery in Zeeland and one of only three in the counties of Holland and Zeeland. Over the course of the 13th century, religious orders also established new monasteries elsewhere in Zeeland. 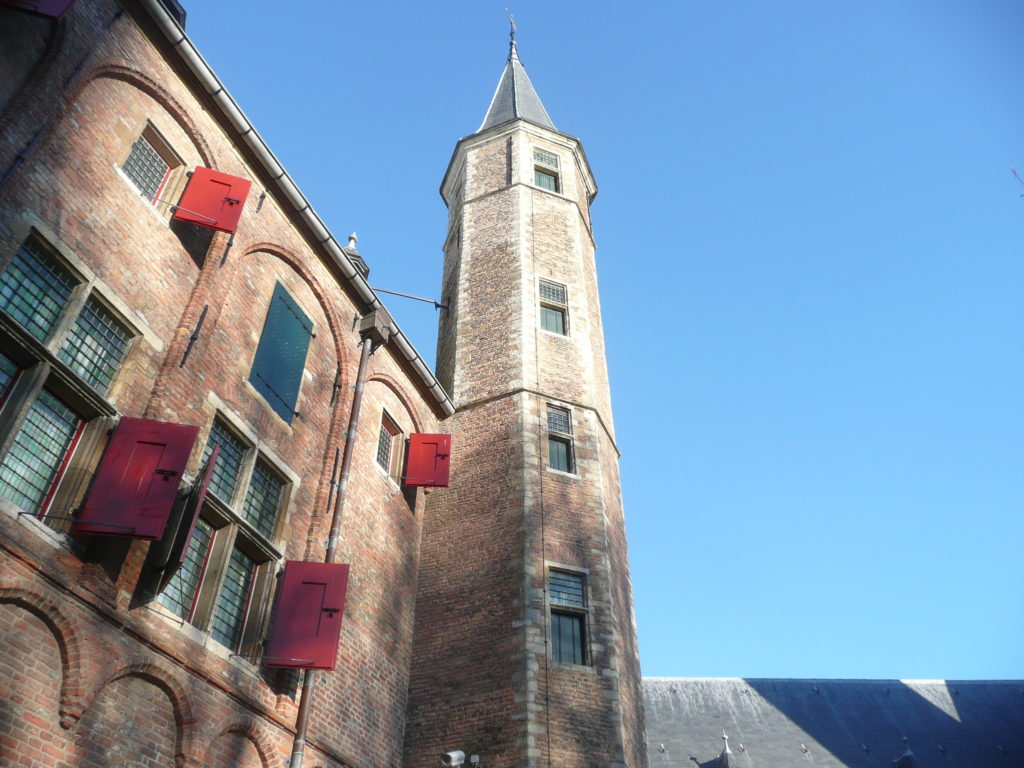 The Abbey in Middelburg (Erfgoed Zeeland).

The medieval abbey is still recognisable on the south side of the Abdijplein: in the churches, the abbey tower (Lange Jan), the Kloostergang (cloister) and the area to the left of the passageway to the Kloostergang (Witte toren), where the residence of the abbot used to be.

Within a few centuries, the Middelburg abbey grew into the centre of power in Zeeland. The abbey founded dozens of subsidiary churches in Zeeland Bewesten Schelde (the Zeeland islands south of the current Oosterschelde). The Premonstratensians became the largest landowner in the region and also had tithe and lordship property (in Dutch ‘ambachtsheerlijke’) rights. The abbot – the head of the abbey – became a powerful man. The last abbot even became bishop of the new diocese of Zeeland. He also had duties in the secular government. He was a member of the Walcheren water board and chair of the States of Zeeland, the assembly of the nobility and towns that governed the region. When the States got together in Middelburg, they did this in the abbey. The abbey was also the place where the count stayed when he was in Middelburg and where the High Court convened. This was where the serious crimes in the county of Zeeland were brought to justice. 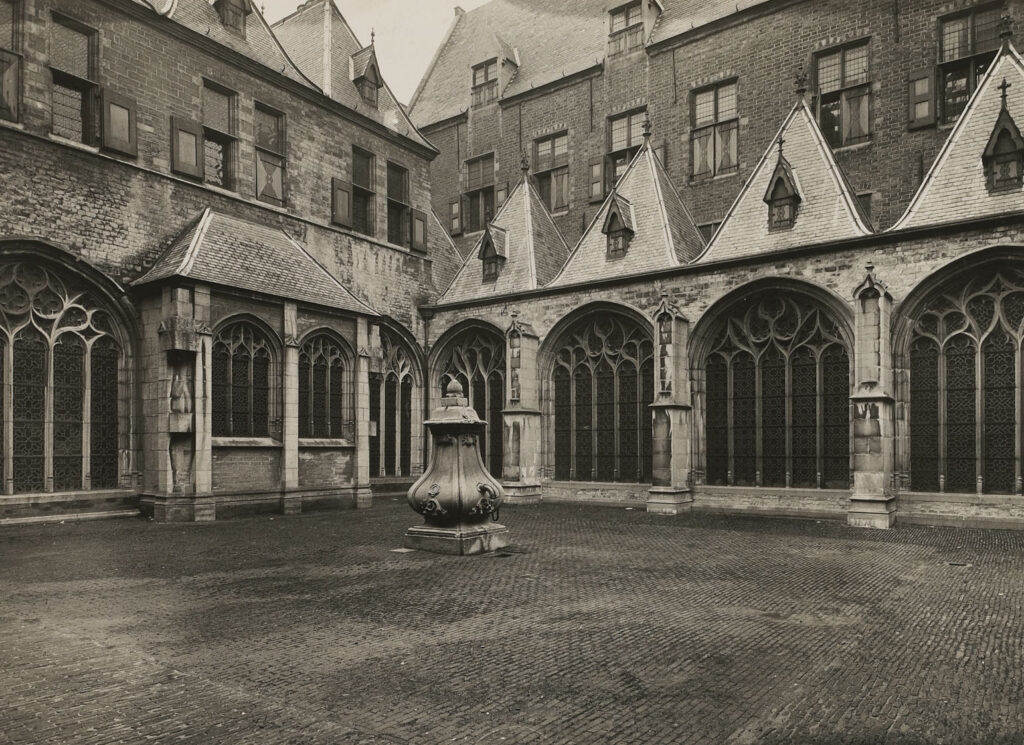 Seat of the provincial government

When in 1574, after a siege of almost two years, Middelburg surrendered to the Prince of Orange, monastic life came to an end. The sixteen Premonstratensian monks who had survived the siege were allowed to leave the town and move to Antwerp. The abbey churches (the current Koorkerk and Nieuwe Kerk) were put to use as Protestant places of worship. Prior to 1600, the regional board of governors had taken up residence in the other buildings. As such, the Abbey remained the administrative heart of Zeeland. Housing was provided for the members of the States who came from the other towns in Zeeland to hold meetings in Middelburg. And when the Prince of Orange was in Zeeland, he and his entourage stayed in the Princes’ lodgings. In the former cloister, the Coin of Zeeland was minted and a cannon foundry was built in the former refectory of the monks.

When the Netherlands became a kingdom in 1814, the provincial government of Zeeland continued to be housed in the Abbey. New institutions, including the provincial court of justice, took over the quarters of the dissolved board of governors. Later, a concert hall, school, auction house and even a gymnasium were added. All of these institutions served the citizens of Middelburg. 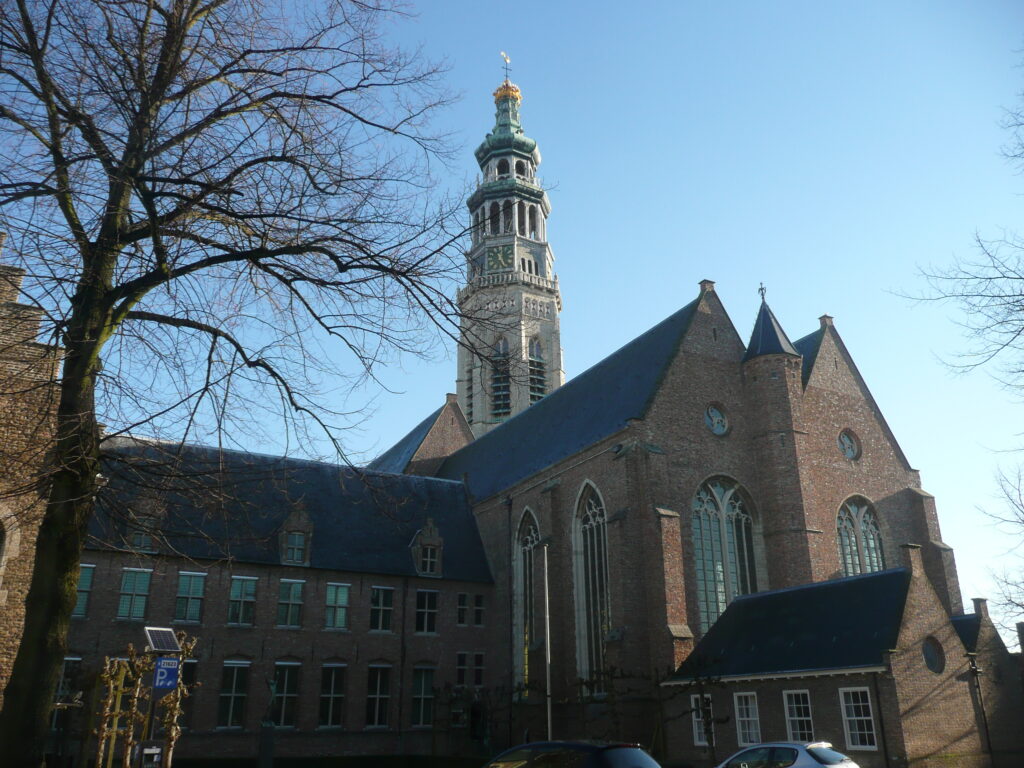 The awareness of the historical value of the Abbey continued to grow. In the last quarter of the nineteenth century, the buildings were comprehensively restored and made fit to accommodate the growing civil service. The concert hall made way for a new State Hall. Three sides of the old cloister were even demolished, so that the coach of the Commissioner of the King could turn around more easily from then on. The provincial, and later the state archives and the provincial library were also to be accommodated in the Abbey. 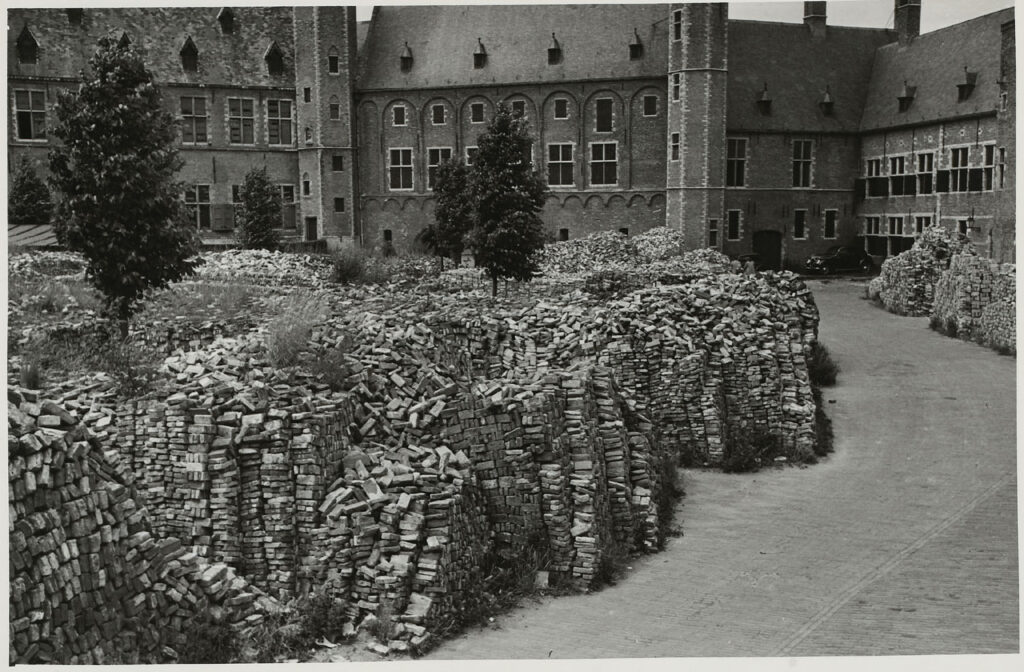 On 17 May 1940, a large part of the centre of Middelburg went up in flames due to attacks and bombs. The Abbey was reduced to rubble. But reconstruction began almost immediately. In 1960, the provincial government administration was able to move into the restored buildings. The Provincial House was even built in a historical style completely from scratch. The Zeeuws Museum was moved to the Abbey in the 1970s. In the 1980s, the States Hall was rebuilt and the Abdijplein was redesigned. The square is often used for large cultural events, such as the Zeeland Nazomer Festival and the annual Folklore Day.