Zeeland is a border area. It lies on the edge of land and water, but also on the edge of the Netherlands. Borders have shaped life here for a long time. In Zeelandic Flanders, a lot of people were killed on the border during the First World War and a great deal of smuggling took place. You will come across all manner of (sometimes very unexpected) border posts or traces of borders.

At several places along the Belgian-Dutch border you can find border posts. They are easy to recognise. These are white, cast-iron posts and they are numbered (from 1 to 369). They also bear the coats of arms of the Netherlands and Belgium and the year they were erected (1843). The posts around Retranchement are slightly different. Here you will see 364 A on the Belgian side of the border and 364 B on the Dutch side. Both bear the year 1869. Between the two posts is another 364 without any further specifications. The border ran right through the Zwin waterway. As this became increasingly more silted, it became difficult to see the border post. Therefore, two additional posts were erected on either side of the border, at exactly the same distance from the border point. When this area was reclaimed, a new post was erected at the real border point: post 364. This group of posts is also known as the Drieling van Retranchement (‘the Triplets of Retranchement’).

Border post on the ramparts in Retranchement (Erfgoed Zeeland).

The border that was established in 1843 still runs the same way along Zeelandic Flanders. Throughout the ages, however, the border in this hard-won area has been in several different locations. Which means that you can still find border posts at old border locations. Near Koewacht, for instance, you can still see four bluestone border posts that marked the border between the southern and northern Netherlands back in the seventeenth century. You do have to search around a bit to see all four: one is buried in the road surface at the Lekestraat/Magdalenastraat intersection. There is a post on the Oudestraat that is easier to spot. This one has been back at its original location since 2012.

Bourder posts were also used to mark local borders. For example, of a shire or a municipality. The Prosperpolder was reclaimed in 1857. In 1905, border posts and stone border markers were placed in this polder. Not all of them are visible anymore or in such good condition, but volunteers from the Landschapsbeheer Zeeland foundation scour the polders and restore the posts to their former glory.

Walcheren used to be divided up into 212 blocks of land. Tithes were collected on each block – farmers paid 10 per cent of their profits to the owners of their land. Often the boundaries of the blocks were at obvious places such as a watercourse or a road. Where there was no such natural boundary, hardstone tithe posts tithe posts were placed. The posts were carved with the number of the block followed by the letters Z-T (possibly an abbreviation of Zeeuwse Tienden (Zeelandic Tithes). Underneath was the number of that corner. When the tithing law was abolished in 1907, the posts lost their purpose. Often they were removed and given a new function, for example as fencing posts near barns Volunteers from the Landschapsbeheer Zeeland Foundation are doing their best to track down lost tithing posts and return them to their former locations. You can still see tithing posts in quite a few places, for example near the town hall on Roosjesweg in Domburg or at the intersection of Lijdijkweg and Koningin Emmaweg in Oostkapelle. There are also two on the picturesque Dorpsplein in Aagtekerke. On the Grote Abeele 23 There are many tithing posts at Groot Abeele because the resident of this address collects them. 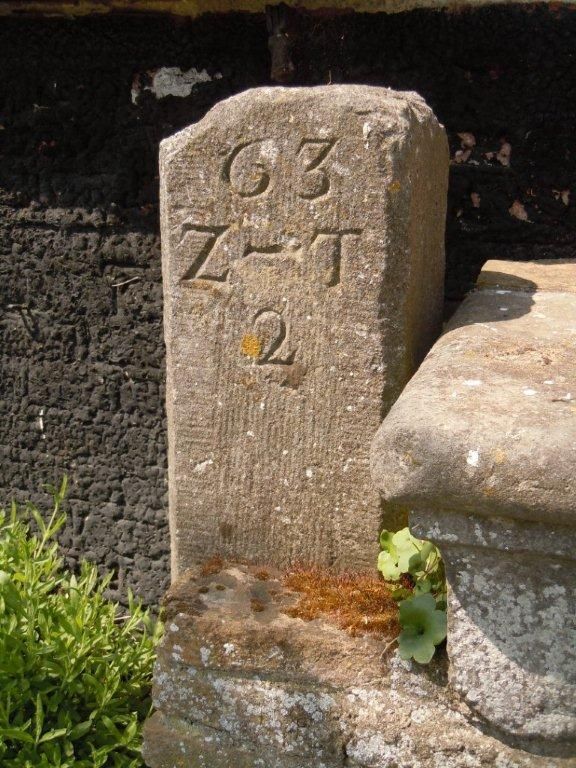 Trees are also used to mark the borders outside Zeeland, but Zeeland is not really known for its large and old trees. This makes it all the more remarkable that there are a hundred linden trees in the Zak van Zuid-Beveland. They are called grenslinden (border lindens) – although why they were planted is not known exactly. It is possible that they mark a border, but it could just as well be that they were used to mark out other important locations. This idea is supported by the fact that they are often found on dikes of polders that were reclaimed before 1700. They may indicate locations that were important during the construction of the dikes (such as former dike breaches). In addition, you often see linden trees at intersections, forks, old farmsteads and village squares. These are also locations with stories that you can put extra attention on because of these impressive trees that were planted. 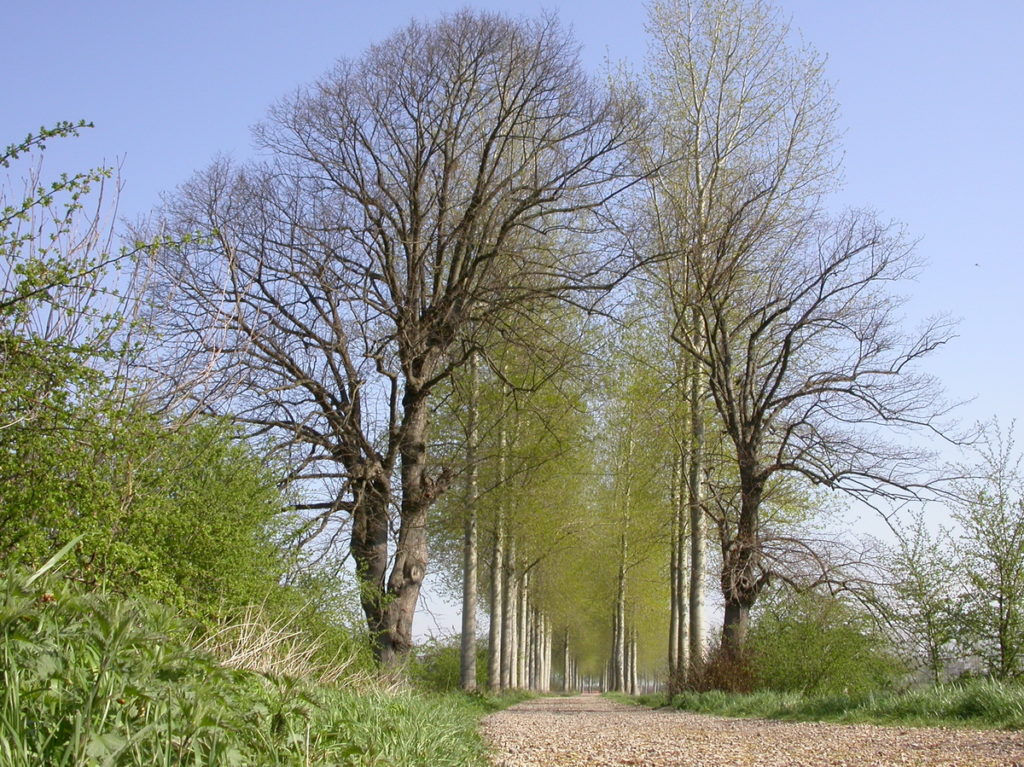 Nice locations for viewing linden trees on Zuid-Beveland are Vleugeldijk near Kwadendamme, Sint-Pieterdijk near Heinkenszand and the Grote Dijk – Westhofsezandweg intersection near Heinkenszand. You can find beautiful linden trees on the village square of Nisse. The oldest linden in Zeeland is just outside of Zuid-Beveland. You can find it in Westhove Castle near Oostkapelle.

The Wire of Death

While there is still some doubt about the purpose of linden trees, there is no doubt about the ‘Doodendraad’ (the Wire of Death). This was designed to be an extremely hard border. During World War I, Germany wanted to prevent their own deserters and Belgian men who wanted to join the British from fleeing across the Dutch border. This is why they built an electric fence along the entire Dutch-Belgian border. The Wire of Death claimed many victims, also because people did not yet have electricity and did not realise how dangerous the wire really was. Moreover, there was a lot of money to be made through smuggling, and this also cost many lives. A monument stands at Isabella Port to commemorate the Wire of Death. You can follow the route of the Wire of Death by bicycle. A themed cycle route runs from Knokke to the ‘Drielandenpunt’.