Once upon a time, Zeeland was one of the most important areas of the Netherlands as far as trade and enterprise were concerned. That time had long passed in the nineteenth century. The port of Middelburg had become practically inaccessible and, in order to regain any prospect of economic prosperity, drastic measures had to be taken. After all, an economy can only grow if it is easily accessible by land and water. Zeeland, and more specifically Walcheren, underwent a major overhaul in the nineteenth century in order to, thanks to major infrastructural works, put itself back on the map. The Kanaal door Walcheren is one of the major works that was carried out at that time. 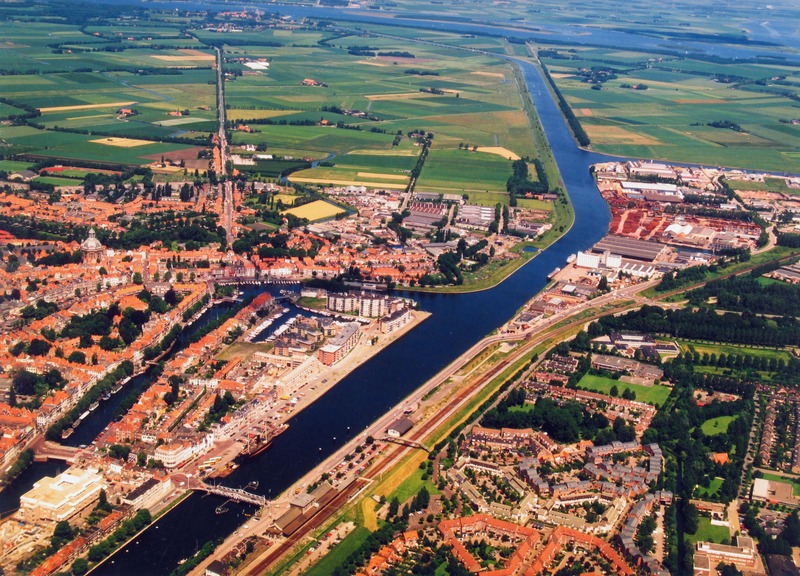 The first section of the canal

The Kanaal door Walcheren was built in two separate stages with a considerable interval between them. The canal had to connect Middelburg with the Eastern Scheldt because the entrance to the harbour was silting up. This is why a canal was dug from Middelburg to Veere (which was then still connected to the Eastern Scheldt because the Veerse Meer had not been dammed up yet). When the canal was opened in 1817, Middelburg was well connected once again. On the Rouaansekaai, there is a commemorative column which marks the opening of the canal.

It soon became apparent that the canal at the Eastern Scheldt was also silting up, so that Middelburg was once again threatened with becoming inaccessible. This led to new plans being drawn up. The idea was born to build a canal between Middelburg and Vlissingen. Another idea that was being bandied about at the same time was to build a Zeeland railway line. This required closing a waterway (the Sloe) with dams. That would have violated a treaty on free passage with neighbouring Belgium. So, the construction of the Kanaal door Walcheren fitted in perfectly with these plans. Which would ensure that there would still be a good connection. Veere asked that the canal, which was already there, be widened and deepened to run closer to the town. This was also included in the plans. At the point where you now see a fairly sharp bend in the Kanaal door Walcheren, a deviation was made from the old course of the canal between Middelburg and Veere.

Construction of the Kanaal door Walcheren

It took some time before the plans could be carried out. There were protests from Belgium concerning the issue of free passage, but also from the port of Rotterdam, which did not want too much competition. The actual construction of the Kanaal door Walcheren went relatively quickly and lasted from 1870 up to and including 1873. In order to be able to build the canal, Middelburg also had to carry out a lot of demolition work. A large part of the sixteenth-century fortifications of Middelburg were lost in the process.

A great deal was demolished in Middelburg, but the town also got something in return. A new quay was constructed: the Loskade. You can still regularly see boats mooring here nowadays. These are often river cruise ships, but sometimes barges as well. The Lady Madeleine is also moored here, and makes round trips out of Middelburg across the Veerse Meer. During these trips, you also sail over the Kanaal door Walcheren. The buildings that were built in those days on the Loskade and in the adjacent Stationsstraat show that people were very proud of this area. They really went all out with decorated façades and large buildings. 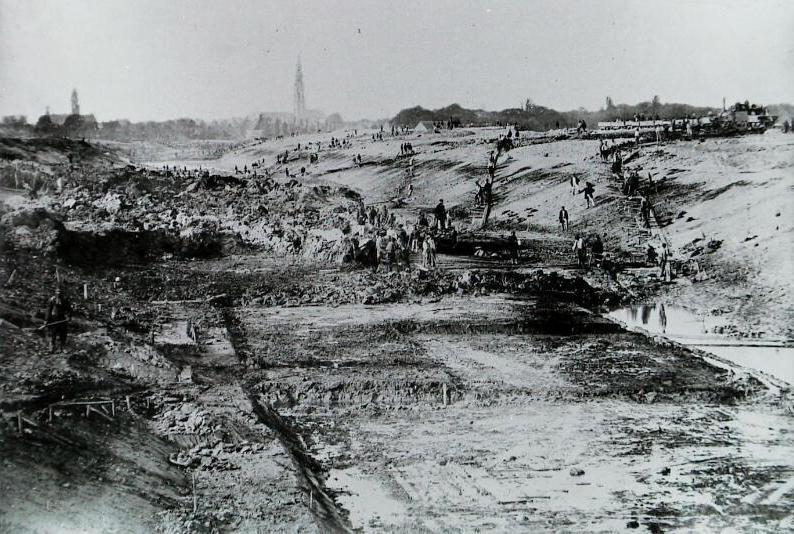 The canal under construction between Middelburg and Vlissingen: manual labour for many polderjongens. Photograph from around 1870 (ZB, Image Bank Zeeland, photo A. Preuninger).

Mountains of work had to be done to build the Kanaal door Walcheren and this was mainly done by so-called polderjongens, polder boys in English. They dug out the canal with shovels, using sheer manpower. It was heavy work. Their days were long and they lived in miserable conditions in barracks. They worked in all weather conditions from 5 in the morning until 7 in the evening. When the Dutch polderjongens started to suspect that the Belgian excavators were working for less than the agreed price, strikes and riots broke out. The atmosphere became grim and eventually it took hussars, military police and the Middelburg garrison to restore order. The Belgian labourers eventually left the country.

It is possible to walk alongside the canal. From Veere to Middelburg, an unpaved footpath runs along the former towpath. From Middelburg to Vlissingen, there is a footpath and a cycle path on one side of the canal, while on the other side there is an unpaved path. The view between Middelburg and Veere is of a long row of trees on the other side and, as you approach Middelburg, of Arnestein, an industrial estate with quite a few businesses that use the canal to transport materials. You will also come across lots of metal mooring posts. If you look closely, you may be able to recognise their original function. These are cannons that had fallen into disuse and were buried in the ground. The great advantage of these metal mooring posts over the usual wooden ones is that they do not rot. 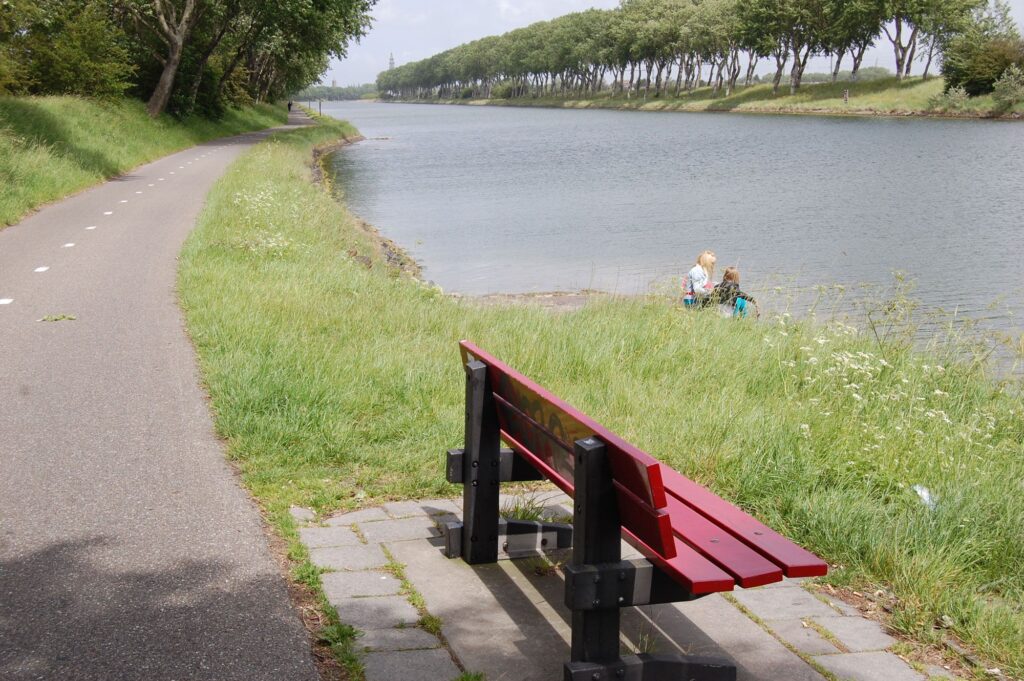 Between Middelburg and Vlissingen, you can see rows of trees flanking the canal on both sides. While just outside of Middelburg, there are walnut trees that you are free to pick. A boat ramp lies next to the bike path. This is where, shortly after the opening of the canal, the ferry crossing at Nieuwe Abeele started its service. The village of Abeele was split in two by the canal and inhabitants used the ferry to get to their work, for instance. Nowadays, this is often a picnic spot for people out on a cycling trip. You get a great view of the shipping traffic sailing by.