Jacob Roggeveen is one of the Netherlands’ most famous explorers. He discovered Easter Island and this made him famous overnight. Besides being an explorer, he was also a civil-law notary and town councillor in Batavia. He also published a number of highly-praised books. An all-rounder, in other words.

Jacob Roggeveen was born in 1659. His father Arent was a major driving force behind Jacob’s interest in seafaring and discovery. Arent Roggeveen had an atlas published and made plans for a voyage of discovery to Zuidland (Southland, Terra Australis Incognita). The Stille Oceaan (South Pacific), as it was then called, was still largely uncharted and unexplored and it was suspected that there must be another continent down there. Jacob enjoyed a good education and became a notary. He also earned a doctorate in law at the University of Harderwijk and studied theology for a while. 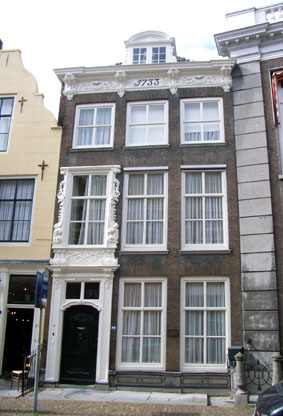 Lange Noordstraat 37, Middelburg, for some time the home of Jacob Roggeveen.

Roggeveen left for Batavia at the beginning of the eighteenth century. There he became a member of the Raad van Justitie (Council of Justice) for the VOC (Dutch East Indian Company). He was a wealthy man on his return to the Netherlands. Yet he did not rest on his laurels. Roggeveen had become interested in the teachings of a liberal preacher: Pontiaan van Hattem. Roggeveen started publishing his writings. The content of these books caused quite a stir. At one point, he was even denied entry into Middelburg and Vlissingen and was forced to move in with a friend in Arnemuiden.

Off on a voyage

It was at this low point in his life that Roggeveen decided it was time to venture out on a journey. His father’s plans were still there. He managed to persuade the trustees of the West India Company (WIC) to give permission to set off in search of Zuidland. This adventure began on 1 August 1721. With three ships carrying a total of 224 crew members and 70 cannons, Roggeveen sailed via Madeira to Brazil and around Cape Horn to stock up on provisions off the coast of Chile.

Early in the evening of Sunday 5 April 1722, one of the ships was the first to sight land at a place where no land or island had been marked on the charts. Because it was Easter Sunday, it was named Easter Island. It was difficult to get to the shore, and while the ships were waiting, on 7 April an Easter Island inhabitant approached the Thienhoven in a small boat. A naked man who made a lot of noise. The encounter made a deep impression on everyone. Jacob Roggeveen made an account of it and you can read a fragment of it on the walls of the Zeeland Archives in Middelburg. 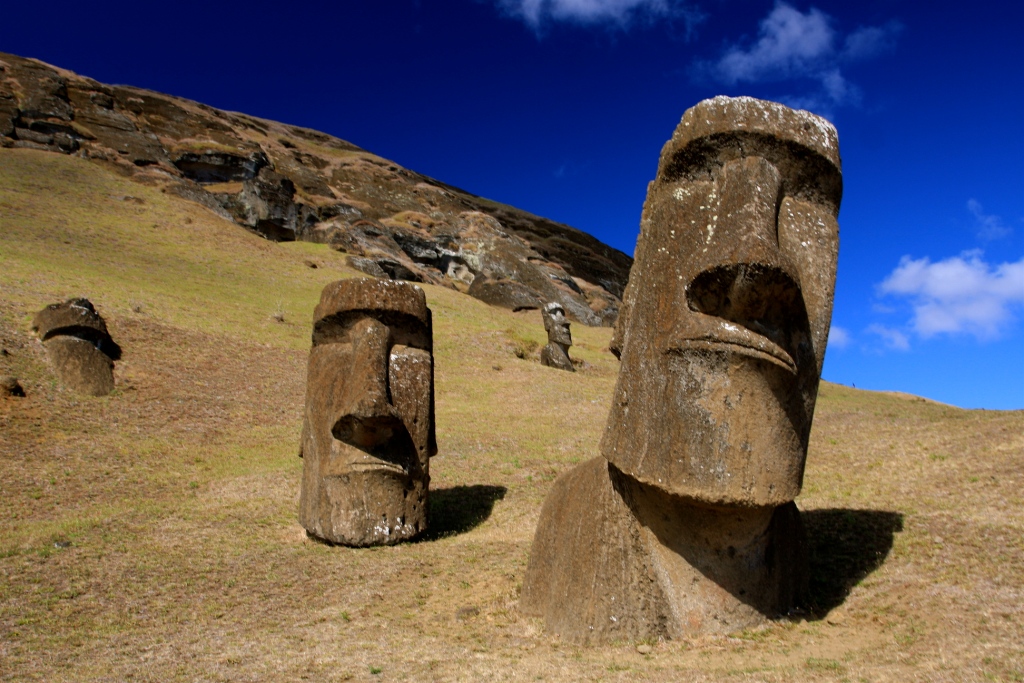 It took another three days before the crew could come ashore. The population reacted so boisterously that a few men felt threatened. Although Roggeveen had forbidden it, shots were fired and at least ten Easter Islanders were killed. Eventually they explored the island, studying its inhabitants, and of course the gigantic moai (immense monolithic statues made of volcanic stone) caught their attention. But it soon became clear that this was not Zuidland and they continued their journey.

Many other islands were discovered, but it became clear that the continent of Zuidland was not going to be found. Roggeveen considered the journey a failure. When one of the ships ran aground on coral and lost a large part of its food supply, the situation became desperate. The lack of food caused a number of crew members to succumb to scurvy. An unsuccessful attempt was made to forage for food on the previously discovered island of Verkwikking, but the local population revolted. There were a few deaths and hardly any extra food was gathered. It was clear that the journey back would have to be made. By then, a hundred crew members had already died – mainly of scurvy.

Via Batavia back home

The ships set sail for Batavia. The East Indies (now Indonesia) was VOC territory and since the ships were sailing under the flag of the WIC they were seized. The crew, including Roggeveen, were arrested and the cargo was sold off. The crew was sent home with a return fleet of the VOC. Roggeveen eventually made it back to the Netherlands on 4 July 1723. There, he finally published the last part of the writings of the clergyman Van Hattem. Despite all the discoveries that he had made along the way, he continued to consider the voyage a failure because Zuidland had not been found.

In Middelburg, there are not many reminders of Roggeveen, but you can still see a replica of a moai. This is in the Molenwaterpark. 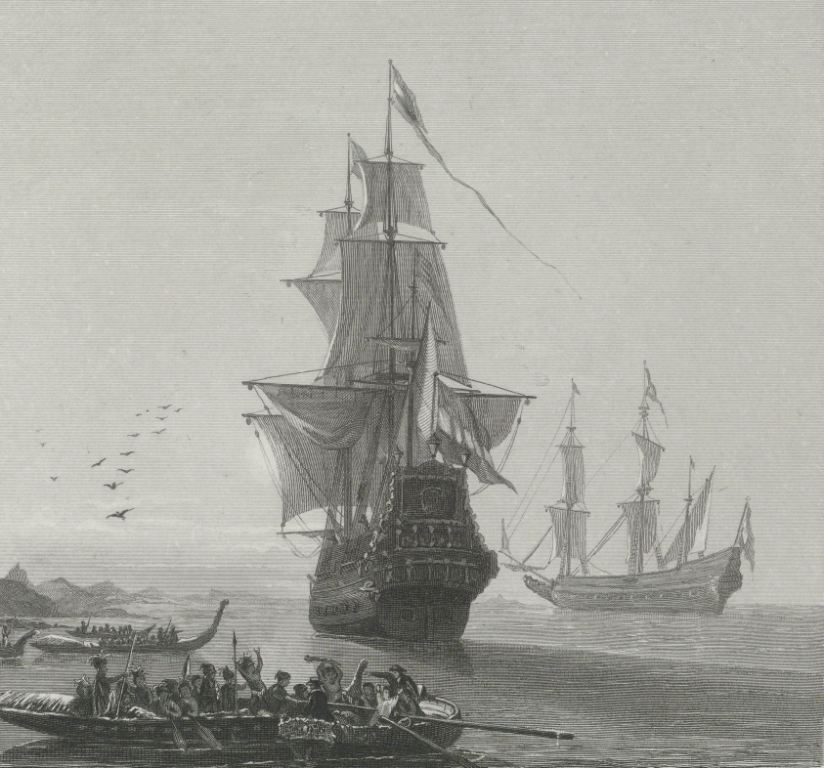 Roggeveen is the best-known explorer from Zeeland, but he is by no means the only one. Two years after Roggeveen’s voyage, the Middelburgse Commercie Compagnie sent a trade mission to the South Pacific. The journey was not a success and the ships were eventually seized on the return journey via Batavia. Despite the fact that voyages of discovery were not always successful, Zeeland did have a strong presence in the South Pacific. After all, the country of New Zealand, discovered by Abel Tasman, is a lasting reference to the Dutch province.