Jacob Cats is now known mainly for his poems and aphorisms, but in his own time (the sixteenth and seventeenth centuries) he would also have achieved considerable fame in his role as the Grand Pensionary of Holland (comparable to a prime minister today). Jacob Cats rose to that position despite being born into a relatively modest regent family in Brouwershaven. His presumed parental home stands here on Noorddijkstraat. A plaque marks the spot. As a teenager, Cats already left Zeeland to study literature and law. He found his first job in The Hague, where he worked as a lawyer. 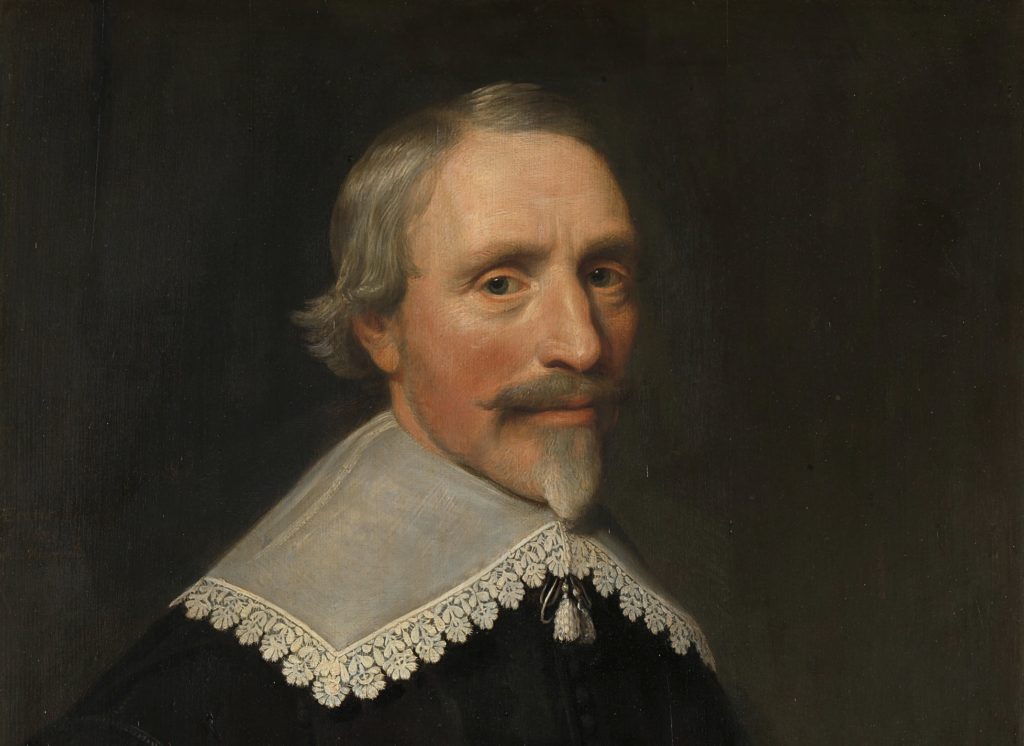 Cats returned to Zeeland to work as a town lawyer in Middelburg. Later, he also worked there as a town pensionary, a role comparable to that of the present-day town clerk. Cats was well-to-do, but he only really became rich by investing wisely in the construction of new polders. The polders near Groede are also called the Catspolders. Cats had ample means to buy several houses. The house he bought in Middelburg, where he lived with his family, can still be seen on Lange Noordstraat (this house is also marked with a plaque). He also bought a country estate: ‘t Munnikenhof near Grijpskerke. This small castle is not open to the public, but you can see it from the road.

The ‘t Munnikenhof was an inspiration to many. Cats had already published works before, but with Sinne en minnebeelden which came out in 1618, he became famous as a writer at a stroke. It was an emblematic book. It contained illustrations by Adriaen van de Venne accompanied by educative texts by Cats – this earned him the nickname Vadertje Cats (Father Cats). The work was very popular and, due in part to its accessible language, was appreciated by broad sections of the population. If you had a book in your house in those days, it was the Bible, but work of Cats came a close second. Later, Cats was somewhat vilified for his moralism and rhyming, but many of the expressions and wisdoms introduced in his day are still in use. For example, take the saying ‘Al is de leugen nog zo snel, de waarheid achterhaalt haar wel’ (However quick the lie, the truth will catch up with it), or ’Al draagt de aap een gouden ring, het is en blijft een lelijk ding’ (Even if the monkey wears a golden ring, it is and remains an ugly thing).

When he got the chance to become town pensionary in Dordrecht, Cats left Zeeland – it was a major step forward in his career and things moved quickly after that. A few years later he was appointed acting Grand Pensionary of Holland and another few years later he became the Grand Pensionary for an indefinite period. During his time in the The Hague, he had the Sorghvliet country estate built. This is where he spent his last days. Nowadays, this country estate is called the Catshuis and is the official residence of the Dutch Prime Minister. 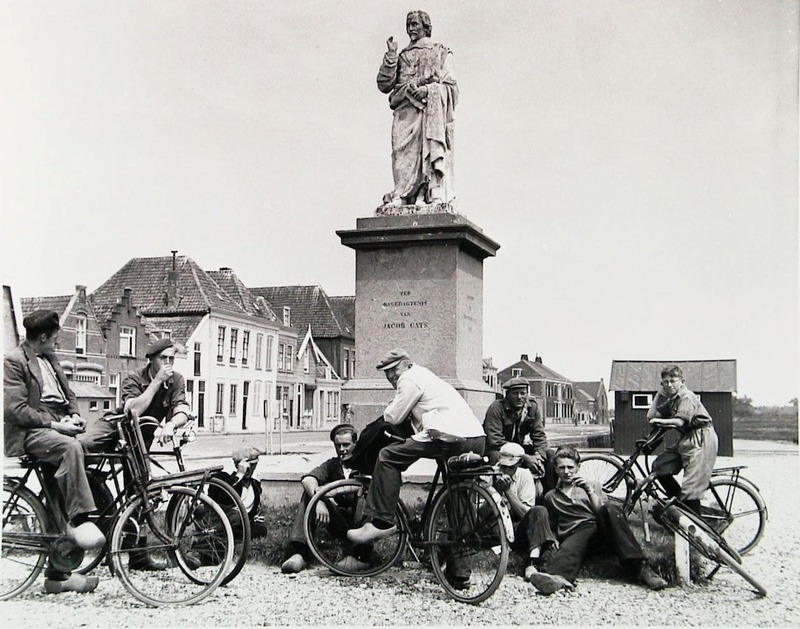 Statue of Jacob Cats on the then unpaved market square in Brouwershaven, circa 1954 (ZB, Image Bank Zeeland).

Cats is buried in the Kloosterkerk in The Hague. His grave can be identified by a commemorative plaque. There are two statues honouring him in his birthplace, Brouwershaven. The oldest is in the Grote of Sint Nicolaaskerk. It was erected on the Markt in the early nineteenth century. There was no tradition of commissioning statues at the time and this was the third statue ever erected in the Netherlands. It turned out to be made of such fragile stone that it had to be moved inside, and a bronze cast of the original was eventually erected on the Markt, which still stands there to this day.