In the past, every village had one or two inns. Travelling was done on foot, on horseback or by horse-drawn carriage, so you only covered short distances. All these inns served as welcome stopovers along the way. The hospitality industry used to be more of a local character. You did not go out in a busy nightlife area in the city, but just to the village pub.

Such a village pub was often used for other things as well. It was frequently the place where the town council met. This is why many pubs were called Het Gemeentehuis or Het Oude Gemeentehuis (The (Old) Town Hall). In the 19th century, it was forbidden to house town halls in places where liquor was served and this custom came to an end.

Another common sight was the ‘huiskamercafé’ (the living-room pub). These were often run by women as a kind of life insurance in case their husbands happened to die. They were difficult to recognise from the outside. You went in through the back door (only strangers took the front door) and ended up in a living room with a small bar and several glasses. You would first given a cup of coffee on the house and then you could order. Another favourite was the roadside inn or wayside café. They were strategically located on busy routes. After the Second World War, almost all of these classic cafés disappeared. One last vestige is the Klompekot on the outskirts of Borsele – a real roadside pub. Village pubs can still be found here and there. Most of them are concentrated in Catholic villages, and many small pubs are particularly common in Zeeuws-Vlaanderen. 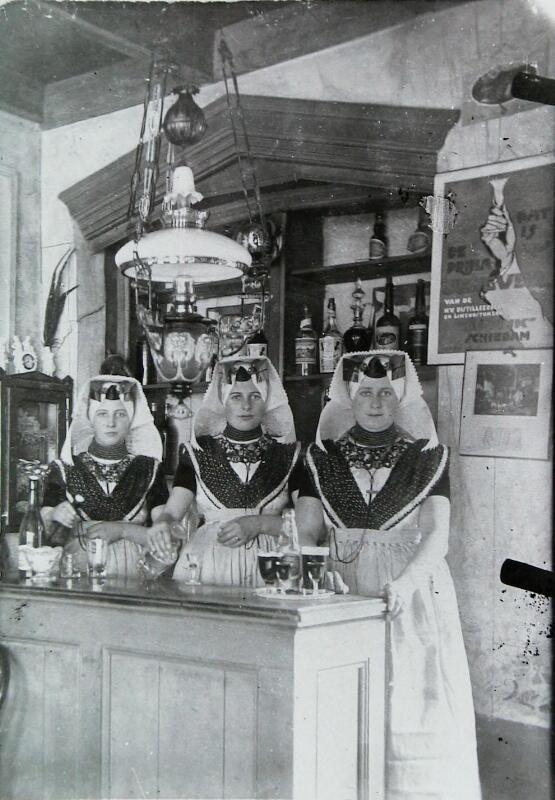 Veere is home to one of the oldest inns in the Netherlands: the Campveerse Toren. Whenever you stand in front of the sturdy tower, you immediately see that the building originally had no hospitality function. It was part of the defensive fortifications of Veere. This is especially clear when you step inside. Then you can see for yourself exactly how thick the walls are. They had to be able to stop a cannonball. Archive documents show that, by the end of the fifteenth century at least, it was already possible to enjoy a beer at the Campveerse Toren. The inn was in a perfect location at the entrance to the harbour and the ferry landing. So, there was plenty of traffic. Veere was a major trading town and no doubt many international guests were accommodated in the tower. Many famous people also visited the tower, including William of Orange who celebrated his wedding here, but also the likes of the writer Nescio, and artists Charley Toorop and Karel Appel. You can join that circle of celebrities. Nowadays, you can still eat and stay overnight in Auberge de Campveerse Toren. The view from the restaurant over the Veerse Meer is magnificent. 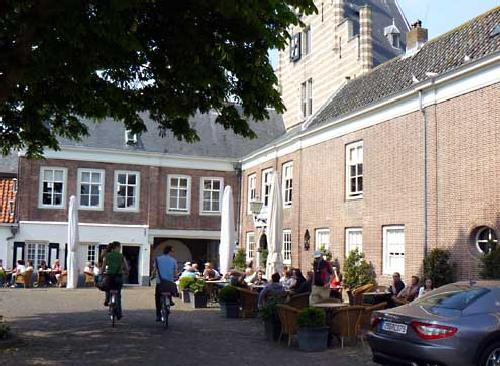 While some establishments had dual functions, in the early twentieth century Café Het Verdronken Land in Emmadorp actually had a fivefold function as a pub, shop, telephone exchange, farm and weighbridge. When there used to be a small harbour here, this was the place where the fishermen from Nieuw-Namen would gather together. In the 1970s, the first excursions to the Verdronken Land van Saeftinghe were organised from here. Since then, not so far from the café, a visitor center has been built that has taken over this function. But you can still get a drink in the pub to cool down (or warm up) after your walk on Saeftinghe.

The Oranjezon nature reserve just outside Vrouwenpolder is now a popular hiking and nature area with dunes, woods and lots of animals (especially deer). You can explore the area via four differently coloured, longer and shorter trails. It was also a popular destination around 1900, where people not only enjoyed the wildlife but also the accompanying bars and restaurants. Oranjezon Tavern catered for all the refreshments that were needed. Nowadays, there is still a business here with the same name. They have expanded their range of services somewhat. They keep small livestock (pigs and goats), have a café and restaurant with an outdoor terrace, a mini campsite, rental apartments and a small playground. 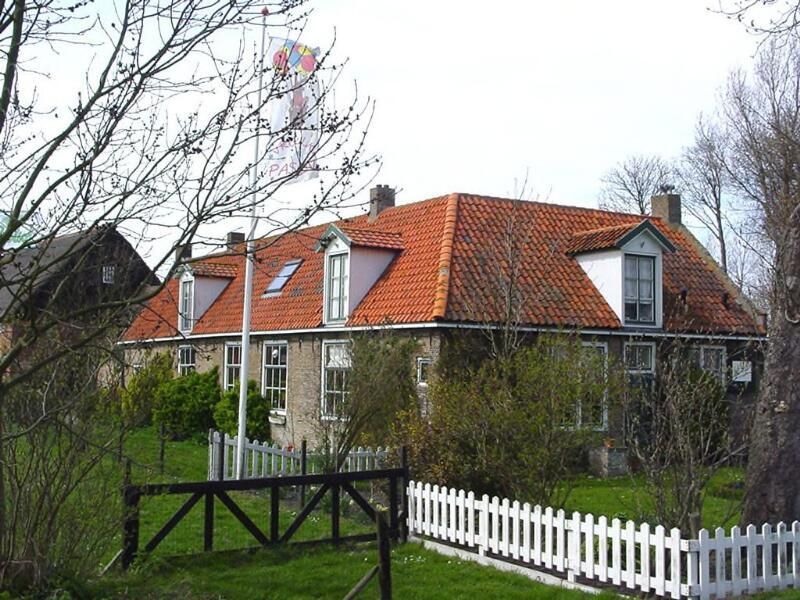 In the eighteenth century, there was a hut at Moriaanshoofd on Schouwen-Duiveland that was used to store materials for the construction of a dam on the Flaauwers (that is what the small harbour was called here). The hut also served as a meeting place for the administrators of the water board. At the end of the 19th century, it became the permanent meeting place for the dike wardens: the Heeren van Schouwen. This is how it acquired its current name: the Heerenkeet. The pub was demolished in 1943, but was rebuilt in 1948 and ever since, you can come and visit what many believe to be one of the most beautiful places on Schouwen-Duiveland. And when you look out over the water here towards the Eastern Scheldt Barrier on the one side and the Zeeland Bridge on the other, there is not much that you can object to.