Over the course of the nineteenth century, sea air and seawater were reputed to have a purifying effect This led to a migration to the coast, where people – at the time still in closed coaches – would be driven into the water to bathe in the sea. Cadzand-Bad was relatively late in catching on, but from the 1950s onwards it became a major seaside resort in Zeeland.

Building on a tradition of beach amusements and pleasure rides, where people from the city made a day trip to the coast by horse and carriage, bathing culture sprang up over the course of the nineteenth century. In Zeeland, it first emerged in Domburg. The same thing took place on the Holland Coast, where Zandvoort was the first to do so in 1828. At the beginning of the nineteenth century, sea bathing culture also made its appearance on the Belgian coast, first in Ostend, then in Blankenberge. Both places grew to become the most important seaside resorts in Belgium.

Although Cadzand-Bad would later become a popular family seaside resort, seaside tourism did not take off as quickly around here. This must largely be attributed to a lack of good (railway) connections. Many other seaside resorts actually flourished because people from the major European cities (including Brussels and Cologne) who were well-off enough to make the journey could reach the coast via the railways and tramways. 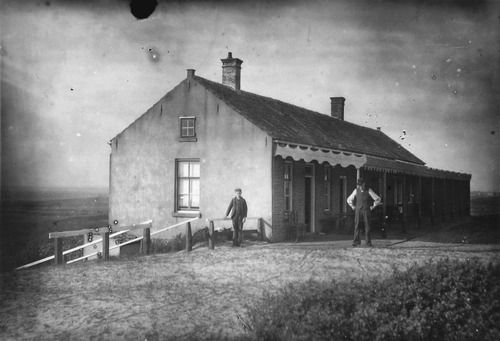 The Badhuis in the dunes near Cadzand, circa 1920 (ZB, Image Bank Zeeland).

A Catholic farmer from Breskens led the way in Cadzand. Guust Albregts sold his farm and in 1866 built an inn on the dunes near Cadzand with several guest rooms. The establishment was christened the ‘Badhuis’ (Bathhouse in English). Also at that time, the first bathing coach appeared at Cadzand. Accompanied by a horse in front, a bathing guest could be wheeled a short distance into the water in order to bathe in the sea. The first bathing coach for Cadzand was hired in Knokke.

Albregts must have had the example of the seaside resorts on the Belgian coast in mind when he established his Badhuis, most likely the nearby town of Heist, where the first hotel was built in 1861 and which profited enormously from the Bruges to Blankenberge railway line that was extended to Heist. From Heist, seaside tourism reached Knokke. From 1882 onwards, hotels were built in the latter coastal town, and a year later the first bathing coach drove into the North Sea on this spot. In Cadzand, however, there was still no sign of a large influx. Nevertheless, the local population knew where to find the Albregts’ bathhouse and enjoy dancing there.

Although an ever-more finely-meshed network of carriage services, local railways and tramways opened up in West-Zeeuws-Vlaanderen, it was not until after the First World War that the west coast of Zeeuws-Vlaanderen was discovered by tourists. Tourism really only took off in Cadzand-Bad in the 1930s. The Badhotel and hotel-café De Wielingen, built by Piet Faas in 1923, were already established there. In the first half of the 1930s, five more large hotels were built and summer cottages, villas and waffle bakeries proliferated among the dunes. The main reason for visiting the coast shifted from bathing in the sea to spending time on the beach. 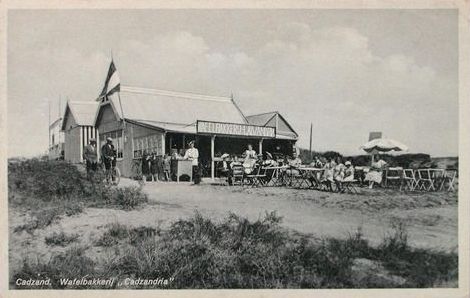 The tourism infrastructure was largely destroyed during the Second World War. Albregts Badhuis in the Cadzandse dunes was also sacrificed. Dutch soldiers were housed there during the mobilisation in 1939. After the Germans occupied the Netherlands, they requisitioned the building and demolished it in 1941.

After the war, it took a while before seaside tourism picked up again. In the 1950s, tourism became more prevalent due to the increase in prosperity, leisure time and mobility (more and more car use). The proliferation of holiday accommodation on the coast had a major impact on the landscape. 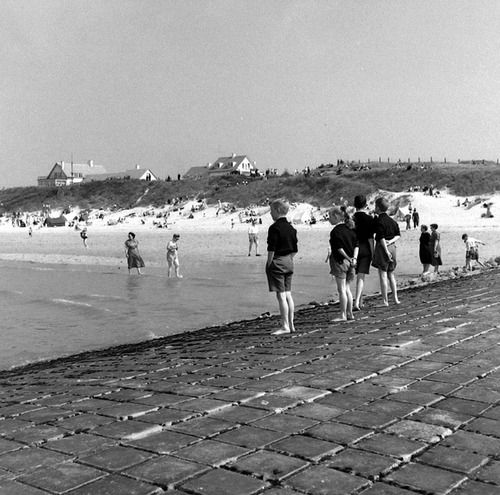