There are quite a few front street villages in Zeeland. Whereas ring villages seem to have grown more or less organically around a church, front street villages tended to be more planned. The main street with the nicest houses is perpendicular to the sea dike. That street is often still called Voorstraat (Front Street) to this day. The streets next to it are for buildings that don’t need to stand out so much. Front street villages are a slightly more recent phenomenon than ring villages. They were built between the fifteenth and eighteenth centuries in new land polders or polders that were dammed up again, where it was possible to start from scratch (and in a planned manner)..

Colijnsplaat is one of the best known front street villages in Zeeland. It was designed in a planned form when the land of Noord-Beveland was reclaimed at the end of the sixteenth century. The wide Voorstraat runs through the centre of the village straight to the dike and ends on the other side in a square churchyard. Parallel to Voorstraat are four narrower back streets: two on the west side and two on the east side. Halfway between the dike and the churchyard, Voorstraat is crossed by the appropriately named ‘Kruisstraat’ (Crossing). The lines that were marked out at the time are still intact. It is partly on account of this special ground plan that Colijnsplaat has been given a protected village status. The historic character of Voorstraat is still cherished. This can be seen, for example, in the lime trees that have been planted here that beautifully highlight the straight lines of the street. 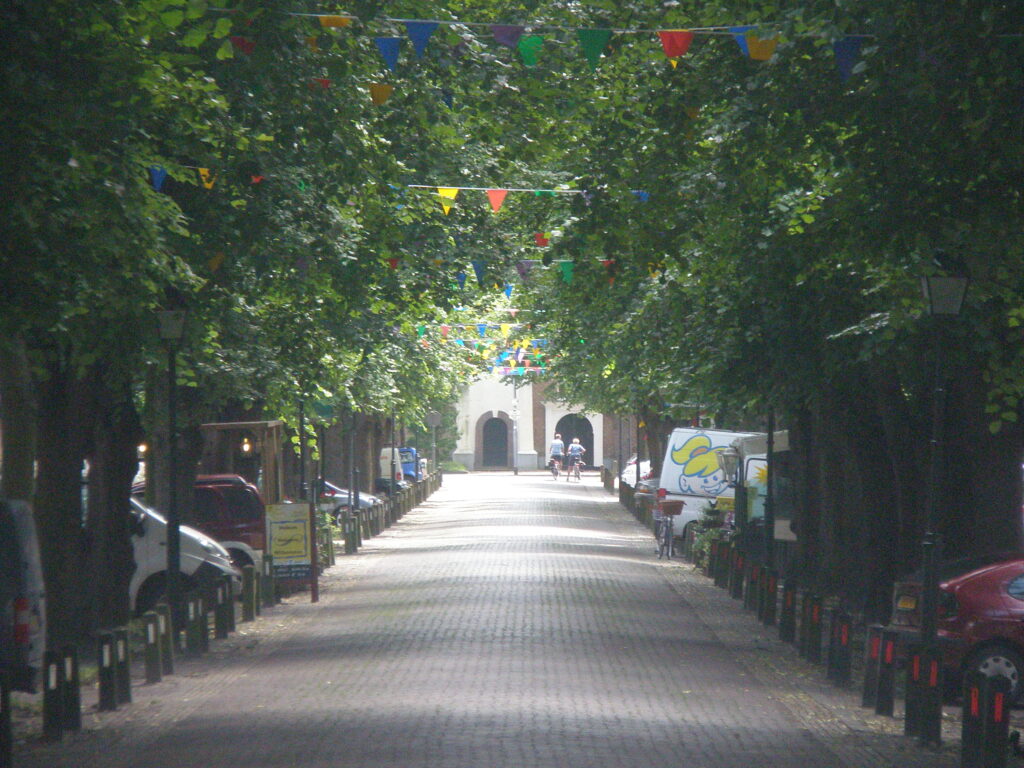 The Voorstraat in Colijnsplaat runs from the dike to the churchyard, on the photo, at the end the church (Erfgoed Zeeland).

Sint-Annaland is an older front street village. At the end of the 15th century, Anna of Burgundy ordered that the polder where the village is now located be dammed up, and that is probably when the plans for the village were hatched. The Voorstraat in Sint-Annaland connects two geographical axes. On the one side of the Voorstraat is the junction with the dike around the polder. This is where the harbour used to be. It has since been filled in, but is still easily recognisable. At the other end is the vast Ring. A church and a chuchyard dominate the landscape. The round shape of the ring is particularly remarkable. In more recent front street villages, such as Colijnsplaat, it is often rectangular. 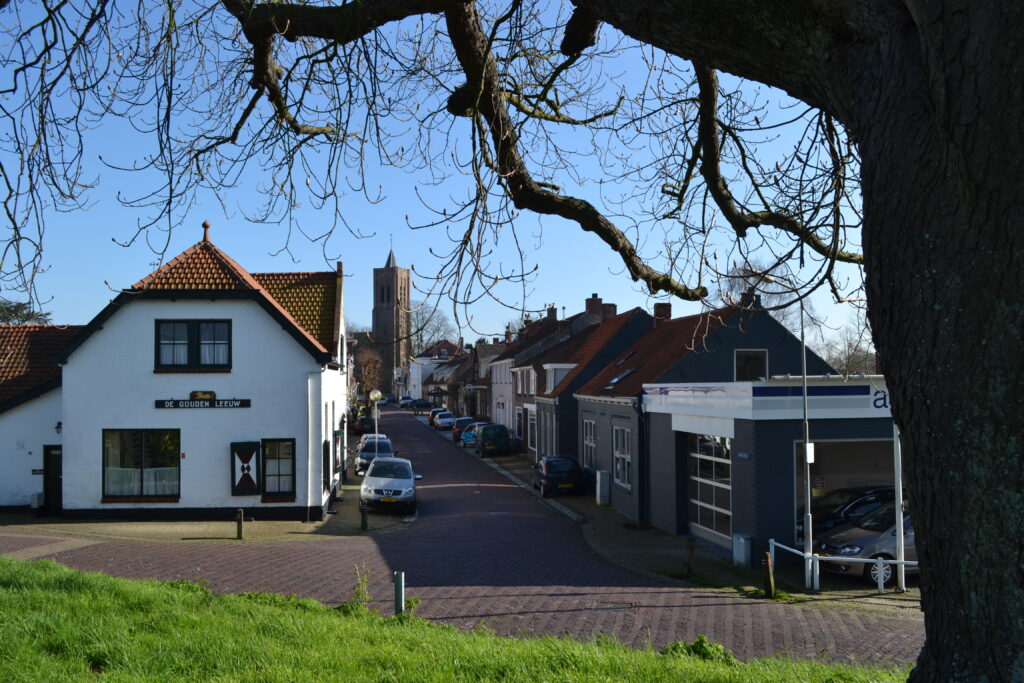 The Vermetstraat in ‘s-Heer Arendskerke is a front street, it connects the Torenring around the church with the old sea dike (Erfgoed Zeeland).

Originally, ’s-Heer Arendskerke was a ring village. It was founded in 1200 and is thus considerably older than most front street villages. The first houses were built in a ring around the church and in that respect, it truly is a ring village. But eventually ‘s-Heer Arendskerke also gained a front street (called Vermetstraat) that connected the village centre with the sea dike. This means that there are two village structures running through each other here. As such, it is a ring-front-street village. There is also a Zeeland canon video about ’s-Heer Arendskerke that provides more information about the village and its various structures.