At the beginning of the seventeenth century, many artists lived and worked in Zeeland. One of them was Middelburg-born painter François Rijckhals. Other well-known painters, among them Adriaen van de Venne and the poet Jacob Cats, also made a name for themselves at that time. Earlier – at the beginning of the sixteenth century – the well-known painter Jan Gossaert lived in Middelburg. All in all, Zeeland was a highly regarded centre of culture and art in those days.

Jan Gossaert (1478-1532) made his name earlier than Rijckhals and Van de Venne thanks to his work in Zeeland. Among other things, he worked on the decoration of Souburg Castle. Important buildings were also completed in the fifteenth and sixteenth centuries, such as the Middelburg Town Hall, the Belfry of Sluis, the Town Hall of Veere and the Sint-Lievensmonstertoren in Zierikzee. 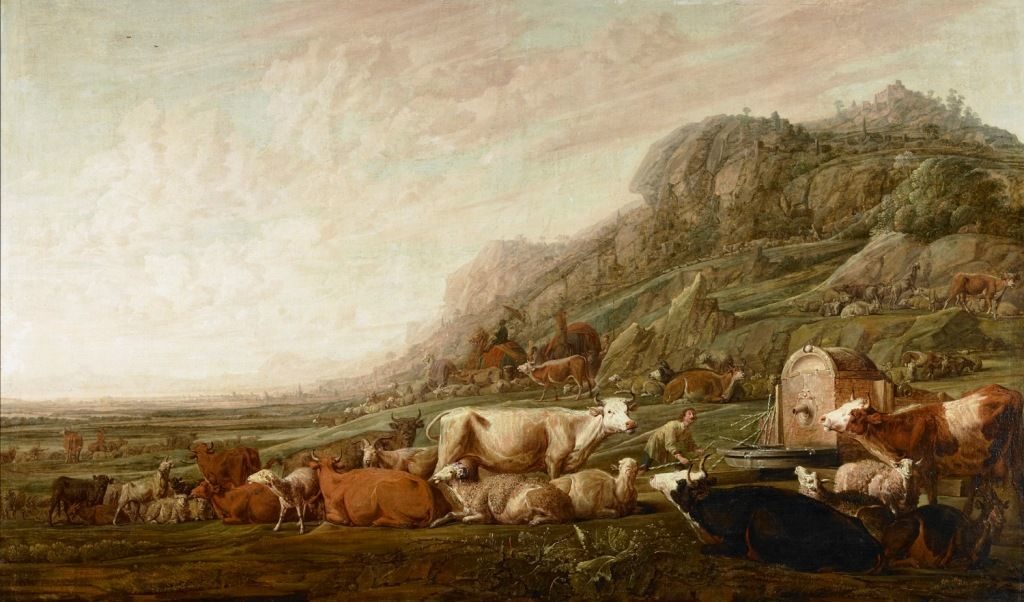 Jacob Tending the Flocks of Laban, oil painting by François Rijckhals, 1642 (Zeeuws Museum, acquired with the support of the Rembrandt Association).

Until around 1550, Zeeland was in step with developments in Brabant and Flanders in terms of architecture, sculpture and painting. The distances between Zeeland and the Flemish and Brabant towns were short and trade relations were close. Dozens of Antwerp and Flemish landowners had a lot of influence on a local level.

Blossoming of the arts

The economic blossoming of Middelburg from the end of the sixteenth century attracted numerous painters, sculptors, silversmiths, carpet weavers and other artisans. The stream of immigrants who came to Middelburg after the fall of Antwerp in 1585 included a large number of artists. Some of them moved on to Holland after a few years. When political and economic ties with Holland grew closer in the seventeenth century, artists and artisans from the north also began to work for Zeeland’s clients. They helped decorate public buildings. They were made more beautiful, so that they would bring honour to the cities and the region. 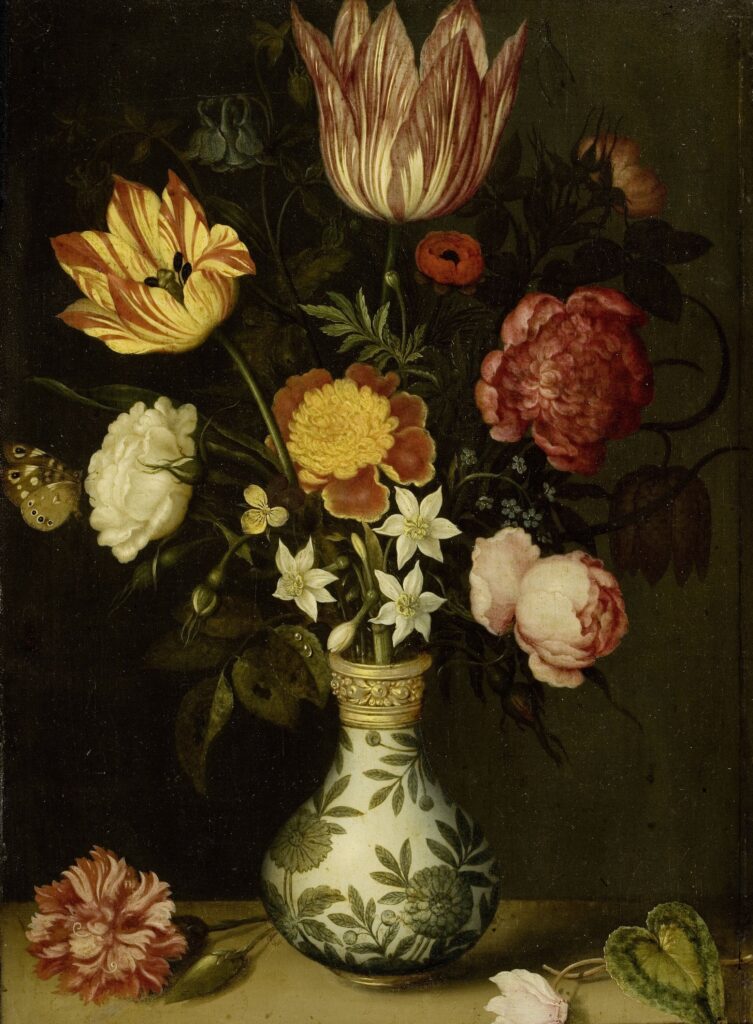 Middelburg grew into a prestigious centre of art and culture. Especially in the first quarter of the 17th century, cultural life here blossomed. The Middelburg fine art painters were influenced by painters who were still living in Antwerp. Ambrosius Bosschaert and Balthasar van der Ast became famous for their still lifes full of exotic flowers and shells. Christoffel van den Berghe and Mattheus Molanus painted exquisite landscapes. Salomon Mesdach was a leading portrait painter. Adriaen van de Venne made his name with drawings and paintings of allegorical scenes. 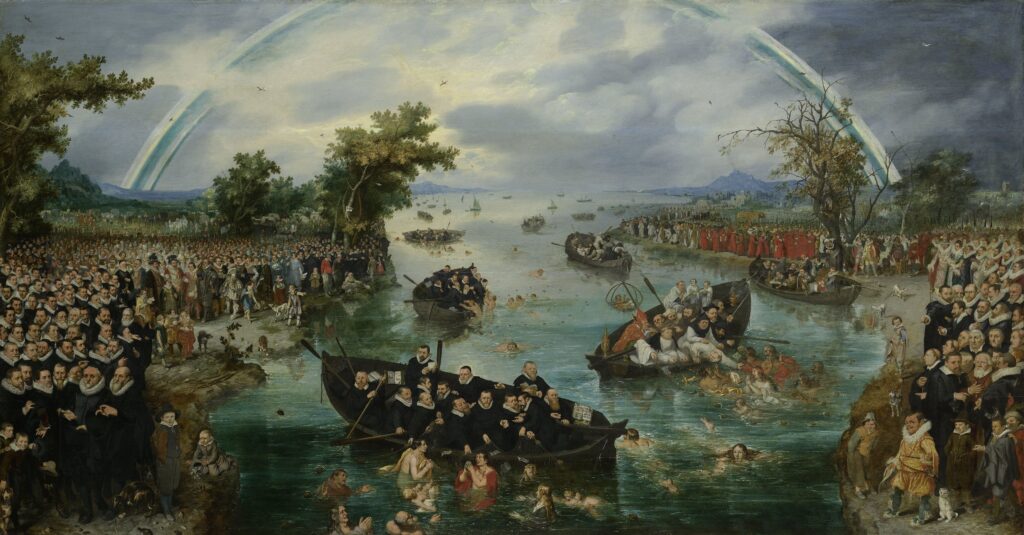 François Rijckhals and the third generation

The rich cultural life in Middelburg was a perfect breeding ground for a third generation of artists. Among them was François Rijckhals, but also Dirck van Delen, Daniel de Bliek, Johannes Goedaert, Karel Slabbaert and Zacharias Blijhooft. In terms of style and subjects, their work was in keeping with that of painters from Holland.

Franchoys (or: François) Rijckhals was born in Middelburg. His grandfather had settled here in 1589 as a carpenter. It is likely that he came as a refugee from Antwerp. He bought the house In den Yngelsche Krayer (nowadays Dam 71), where his grandson François was born around 1602. Three gable stones still bear witness to the presence of the Rijckhals family. Two of them refer to the Christian faith of the residents: ‘Met Christo – Ryck in als’ (With Christ, rich in all things). The nod to the family name is obvious, ‘Rijk’ meaning ‘rich’ in English, en ‘als’ as an abbreviation of ‘alles’ (everything in Dutch). At the end of the twentieth century, Joop Buma, later to become city poet of Middelburg, lived in this house. He went to great lengths to rescue Rijckhals from oblivion. 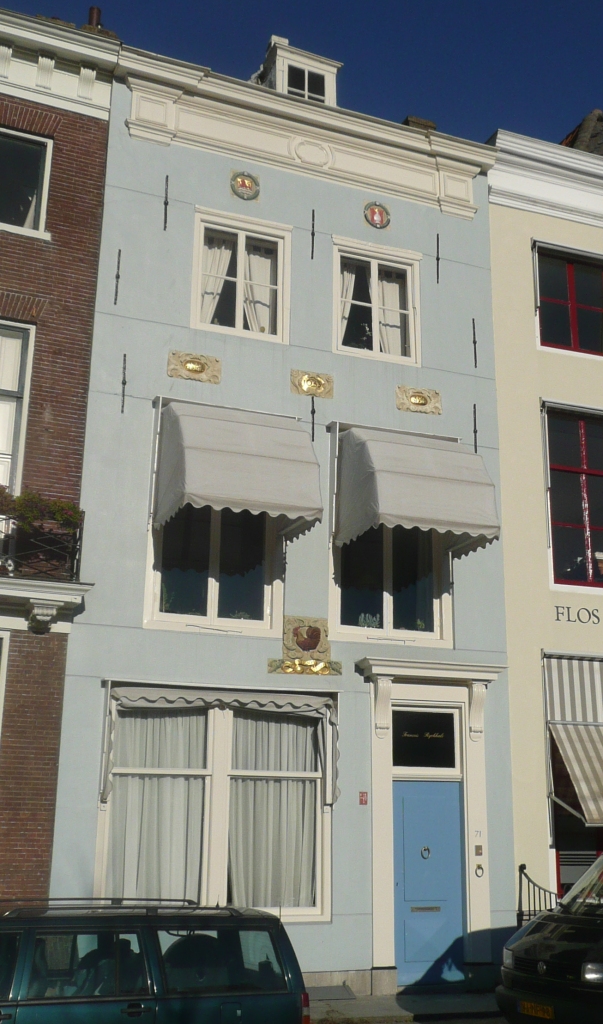 The birthplace and residence of François Rijckhals on Dam Square in Middelburg (Image bank Erfgoed Zeeland).

It speaks for itself that painters living in Middelburg, such as Van de Venne, had a profound influence on Rijckhals in his younger years. But Rijckhals also stayed in Rotterdam and Dordrecht, where he came into contact with the work of the Holland masters. He probably also spent some time in the studio of David Teniers the Younger in Antwerp. Rijckhals is primarily known as a painter of rural scenes and of impressive, stately still lifes in which gold and silver tableware are depicted in abundance. He also painted the interiors of farmhouses, rustic still lifes and paintings of fish. He married the daughter of the mayor of Tholen, had three sons and died in 1647. His work found its way to prominent art collections at home and abroad, including those of Eastern European royalty and nobility. This was mainly due to the fact that for a long time his work was often mistaken for that of the painter Frans Hals the Younger. 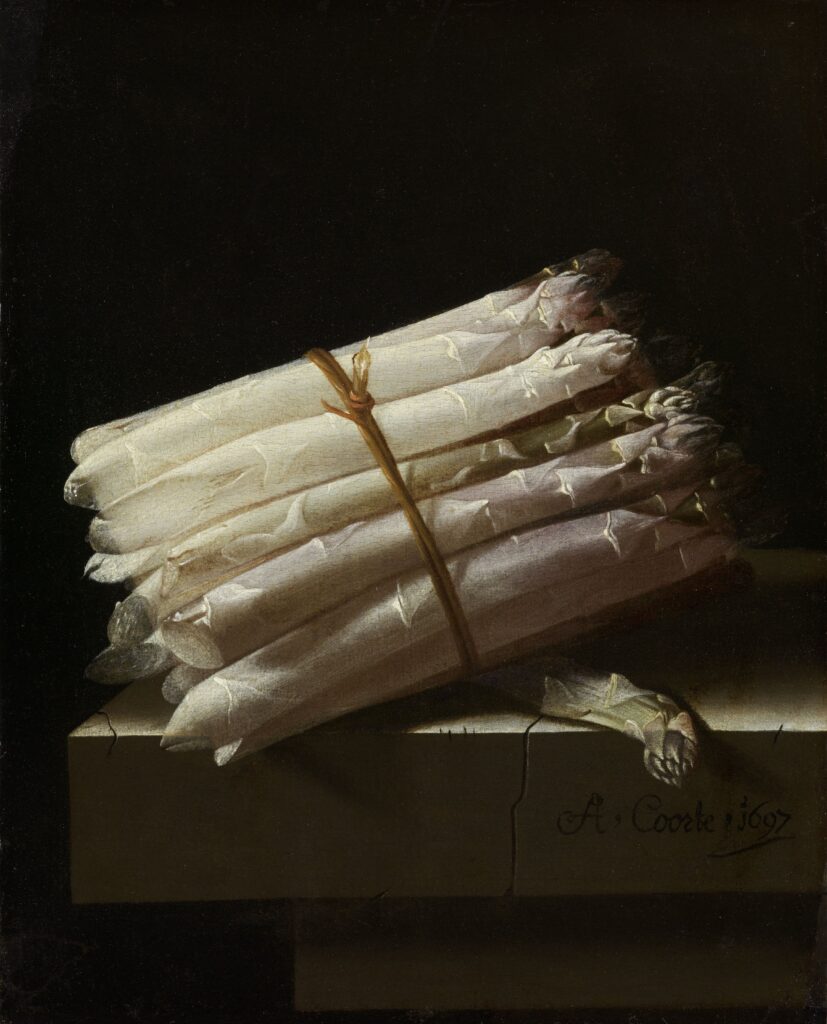 At the end of the seventeenth century, art life in Middelburg was in decline. A significant number of these painters left. Not that the demand for art in Middelburg had waned, but competition from Holland intensified. Only Adriaen Coorte, who specialised in still life, survived as a great name from this period.