Zeeland is the leading producer of flax in the Netherlands. It has been grown here for centuries. The importance of growing flax fluctuated dramatically over the years. When the flax blossoms in June, it is a sight to behold. A light-blue inland sea is created, which starts to gently ripple at the slightest breeze. But apart from the beautiful scenery, flax also produces a wonderful product: linen.

Flax cultivation in Zeeland dates back to the Middle Ages. Flax is not easy to grow. It requires a great deal of expertise to grow a successful harvest. Flax, for example, only grows on light, moist soil, must be sown at a maximum depth of two centimetres and harvesting it must be done very carefully – which is why it was still done by hand up until after the Second World War. Because flax is such a difficult crop, flax growers used to be held in high esteem. 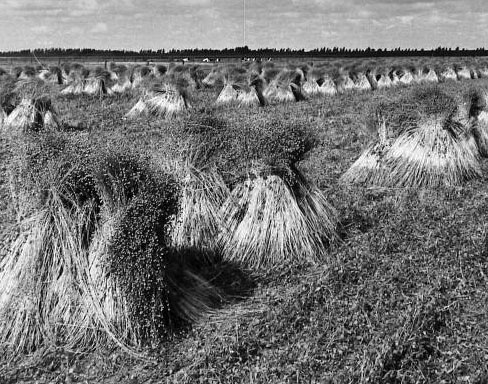 Flax in sheaves in the field. Schouwen-Duiveland, circa 1980 (ZB, Image bank Zeeland).

Flax is not only hard to grow, but it is also very labour-intensive to process into linen. It involves many processes, including a treatment with fresh water. Because there was not enough of that in Zeeland, flax was usually only processed in small batches for personal use. The lion’s share was bought by traders and sold on to processors in Rotterdam and Flanders. You can still find a street name referring to this in both Goes and Middelburg: Vlasmarkt. The flax trade had all kinds of strict rules. In Zierikzee (and possibly also in other places) unprocessed flax was not permitted to be stored within the city limits because of the danger of fire.

After harvesting the. The stacks of pulled flax were tied together and put in a ‘schelf’ – a sheaf. Then it would be processed at a flax company. A lot of work was needed to make the material supple and workable. The flax had to be stripped, retted, the stems broken, scutched and hackled (combed) by hand. 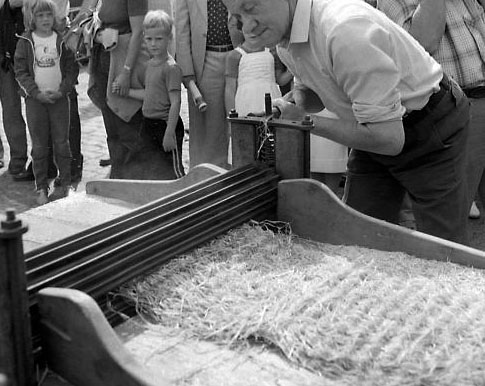 Through the ages, the importance of flax cultivation has tended to fluctuate. This was mainly due to the role of the traders. They were given an increasingly important role when flax processing moved from the farms to the city. All kinds of external factors exerted an ever-greater influence on the price and quality standards. Flax cultivation became increasingly more specialised and the quality improved. Another change was that flax cultivation shifted more towards areas with sea-clay soils, of which there were plenty in Zeeland. Farmers in Holland also all but stopped growing flax. This also shifted the specialisation more and more towards Zeeland. Add to this the fact that the province was conveniently close to an important sales market (Flanders)… Thus, in the eighteenth century flax cultivation in Zeeland was of considerable importance.

The importance and extent of flax cultivation could change at any time. Even in the past, Zeeland growers kept a close eye on the prices of other crops. When the price of grain was high, they invested in it and less of their land was left over for flax. Eventually the demand for flax fell, in part due to the rise of cotton. In the nineteenth century, flax cultivation received a boost thanks to the American Civil War and the shortage of cotton. In the twentieth century, there was one final flax price surge when cotton prices soared in the United States due to the Cold War. After that, large-scale flax cultivation was a thing of the past. Flax could not compete with synthetic fibres. But it is still being grown. In 2014, 91 percent of all Dutch flax came from Zeeland. You can see fields of flax especially in Zeelandic Flanders. Together, Sluis, Terneuzen and Hulst form the top three flax municipalities.

For many years linen was, along with wool and cotton, the most important basic material for clothing in Zeeland. For a very long time it was even cheaper than cotton. It was used for bedding, cloths and shirts, to name a few examples. Linen was stored in a cabinet – a showpiece in the home. And it was actually meant to be shown off. The doors of the cabinet could be opened to display the finest, crisp and clean linen. And if you had any extra rolls of linen lying around, then that was even better. It showed that you were hardworking and well-off.

Linen is rather greyish by nature. It was bleached in the sun on a bleaching field to give it the preferred white colour. It was customary to decorate clothing with embroidery, but this also had a practical reason. By embroidering the initials of the owner onto the clothes, it was easy to find them on the bleach field. 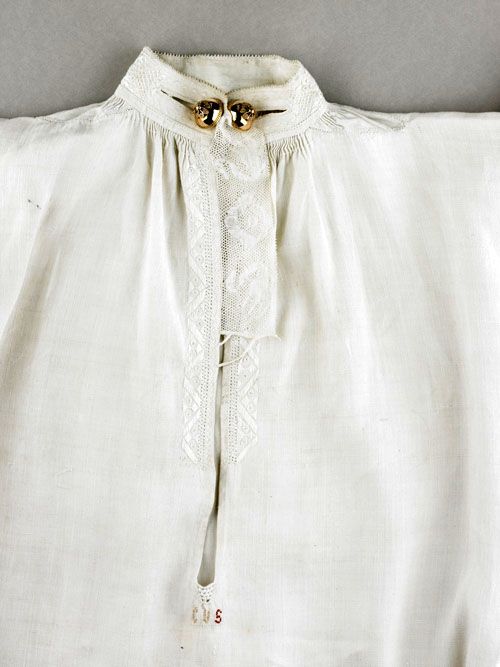 Zeeland’s regional costumes (and therefore its linen) can be admired in many of Zeeland’s museums. For example, you can visit the Historical Museum De Bevelanden in Goes, Museum Arnemuiden, Museum Veere, Museum Het Warenhuis in Axel, Streek- en Landbouwmuseum Goemanszorg in Dreischor, Streekmuseum De Meestoof in Sint Annaland and the Zeeuws Museum in Middelburg.

This last museum occupies a special place in this list In 2009, it set up an innovative project. Christien Meindertsma was commissioned by the Zeeuws Museum to research the future of flax. The starting point was to waste as little material as possible and, for example, to see whether flax could be used in composite materials. Through this project, she was able to contribute to increasing knowledge about industrial processes and the significance of sustainable design, both for the local and the international market. Partly thanks to this kind of initiative, flax remains very much alive in Zeeland and you can still enjoy those beautiful blue inland seas.