Zeeland has always been very closely connected to the world and when the opportunity arose in the 19th and 20th centuries to emigrate to the promised land (America), many Zeelanders seized it with both hands. This was not necessarily down to an adventurous spirit. Hunger and poverty were often the driving forces. The opportunity to freely profess one’s own faith also won many people over. There are areas in Zeeland where a fifth of the population up and left during a large emigration wave. 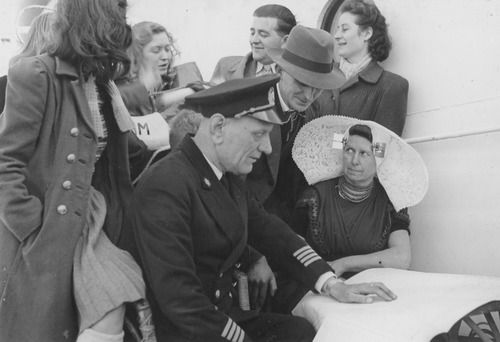 Captain G. Visser of the Kota Inten shows a family from Zeeland the sailing route to Canada, they belong to the first group of seven hundred people from Zeeland who were emigrating to this country, photo dated 12 March 1948 (ZB, Image Bank Zeeland).

The great famine due to the potato blight in Ireland is often mentioned when it concerns emigration to America, but the first wave of emigration from Zeeland was closely linked to the potato blight as well. In the mid-nineteenth century, it struck twice. At the same time, grain prices were so low that agriculture was in crisis. On top of that, small farmers did not have much land – in other places small-scale farmers could earn a little extra, but not in Zeeland. There was widespread poverty. On top of that, many farmers lost their jobs due to mechanisation.

Poverty was the most important reason for leaving, but there was more to it than that. Religion caused tensions. In West-Zeeuws-Vlaanderen, for instance, Protestants were in the majority, but the Catholics had a lot of power. Belgian landowners were bringing in cheap Catholic farm labourers. Protestant farm labourers consequently left. Then the Protestant farm labourers left. On Duiveland, the opposite was true. As such, there were other groups that were placed at a disadvantage for religious reasons. A group of so-called ‘Separated Ones’ in Goes, who had separated from the Reformed Church, were persecuted for a long time and economically disadvantaged. The economic crisis at the time of the potato blight hit them all the harder. That was reason enough for them to leave the Netherlands. In America, they were able to live in a Christian society in accordance with their own convictions.

In the Zeeland regions, there were several different reasons to emigrate. As briefly explained above, many people left Zeeuws-Vlaanderen for the sake of their Protestant faith and the poor economic prospects that were associated with it. Later on, economic motives also became increasingly important. Zeeuws-Vlaanderen is the region with by far the most emigrants. Yet there were far fewer emigrants from Walcheren. Some people left from Middelburg and Vlissingen and surprisingly a lot from Westkapelle – there was an agency that arranged the whole journey. On Zuid-Beveland, the agricultural crisis was the primary reason for emigration. In the nineteenth century, a quarter of Zeeland’s emigrants hailed from there. Residents of Tholen and Sint Philipsland joined in early on. The reputed ancestors of the Roosevelts had already relocated in the seventeenth century. Later, both religion and the poor living conditions were the main reasons here for leaving. The crisis did not really affect Schouwen-Duiveland. People here often left in order to improve their own position or to join relatives who had already emigrated.

Between 1831 and 1877, 13,000 people from Zeeland left for the United States. That amounts to 21 percent of the emigrants from the Netherlands. Even if you look at the emigration streams over a longer period (from 1840 to 1920) no other Dutch province had as many emigrants as Zeeland: 88 per 1,000 inhabitants. 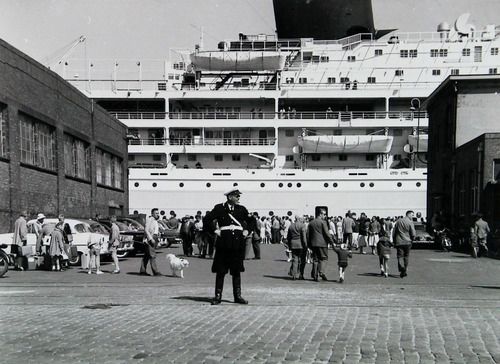 The Willem Ruys is moored in the outer harbour of Vlissingen. Emigrants board for the crossing to Canada, February 2, 1958 (ZB, Image Bank Zeeland).

After the Second World War, there was another major exodus from Zeeland. The US imposed a quota limit and consequently other destinations became popular, such as South Africa, Australia, New Zealand and Canada. The latter destination was also reached from Vlissingen’s outer harbour with the ship Willem Ruys, which was also built in Vlissingen.

The crossing and onward journey

Almost all Dutch emigrants sailed from the port of Rotterdam. Initially this was done by sailing ships, but later large passenger steamships made the crossing as well. Travel agents and agencies were active in both the Netherlands and the United States. These were usually located in the major cities, but for a while also in Westkapelle. At first, the ships sailed to Boston, Baltimore, Philadelphia, New Orleans and New York. In the second half of the nineteenth century, they sailed almost exclusively to New York. The city had excellent connections with the Great Lakes region and Chicago. Many Zeelanders settled in Iowa and the states of the Great Lakes region: Michigan, Wisconsin and Illinois. 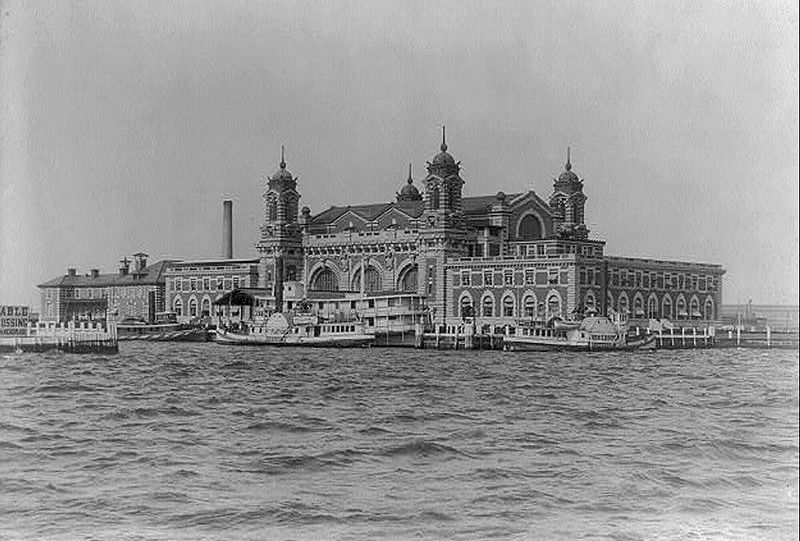 a lot of Zeelanders remained actively involved in agriculture. They brought with them their expertise from the Netherlands. But a group from Yerseke, who eventually settled on Long Island, started, for example, oyster farms. The United States enabled many Zeelanders to pick up their previous profession or speciality and excel in it. 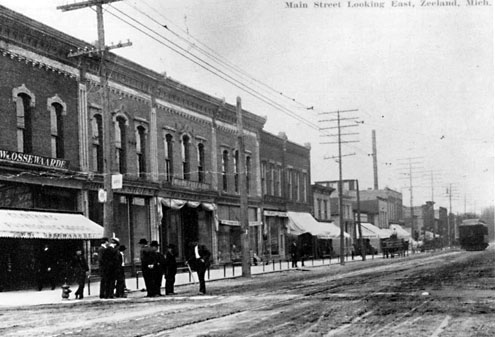 Zeeland names travelled with them to the United States. Albrecht became Albright and De Kruif became De Kruyft. But the name Zeeland itself also accompanied them. The group of the Separated Ones from Goes established themselves in Michigan in a settlement that they called Zeeland and that would in time grow into a small town. It was a difficult start for the settlers. Housing was inadequate and the roads were so bad that many people wound up in the swamps. Incidentally, the Zeelanders were not the only Dutch to settle in this area. In the vicinity of Zeeland are places like Overisel, Drenthe, Zutphen and Holland. This last town has a strong connection with the Netherlands. They have museums there about the Dutch colonists and an annual tulip festival. The connection is less visible in the city of Zeeland. Dialects and regional costumes from Zeeland were preserved until the 1920s and a number of strikingly Zeelandic-looking surnames also recall the origins of the colonists of long ago.