The water catchment area between Clinge and Heikant is very special by Zeeland’s standards, because it is located in an area covered in surface sand. It’s a little higher up than the rest of Zeelandic Flanders and is made up of lime-poor sand. These factors determine the way the landscape is used and the plants and animals that live there.

The water catchment area is the property of Evides and has been managed since 2008 by Het Zeeuwse Landschap (the organisation for the preservation of the Zeeland landscape). The water catchment area was officially opened on 27 January 1937 by the Dutch Minister of Social Affairs, M. Slingenberg. It was an initiative of the municipalities of Zeeuws-Vlaanderen, which sought to secure good drinking water for the people of Zeeland. The only place where this was possible was in the surface sand area of East Zeeuws-Vlaanderen. The water could easily sink deep into the ground here, where it would be naturally purified and could then be pumped up. This is not possible on clay soils. At the time, not everyone was happy about the arrival of the water extraction. Many small farms were forced to shut down because artificial fertilisers and chemical pesticides were not permitted. Nowadays, the extracted water is used for industrial purposes. In an emergency, it can also be used as drinking water. Therefore, a good level of water quality is important.

There are three distinct sub-areas. In the area around Clinge, there are mainly woodlands. Regular agriculture was no longer possible there, so a lot of forests were planted. These forests have now reached a respectable age. Coniferous are interspersed with water catchment canals and deciduous trees. The rich diversity of mushrooms species is very high here. In a small open area with sparse vegetation, the forest manager nurtures a population of field crickets. You can hear them on sunny days in May and June. If you are lucky, you may come across a squirrel while out walking. From the Clingse woods, it is possible to walk all the way to the wet Stropersbossen (Poachers Forests) located in Belgium. 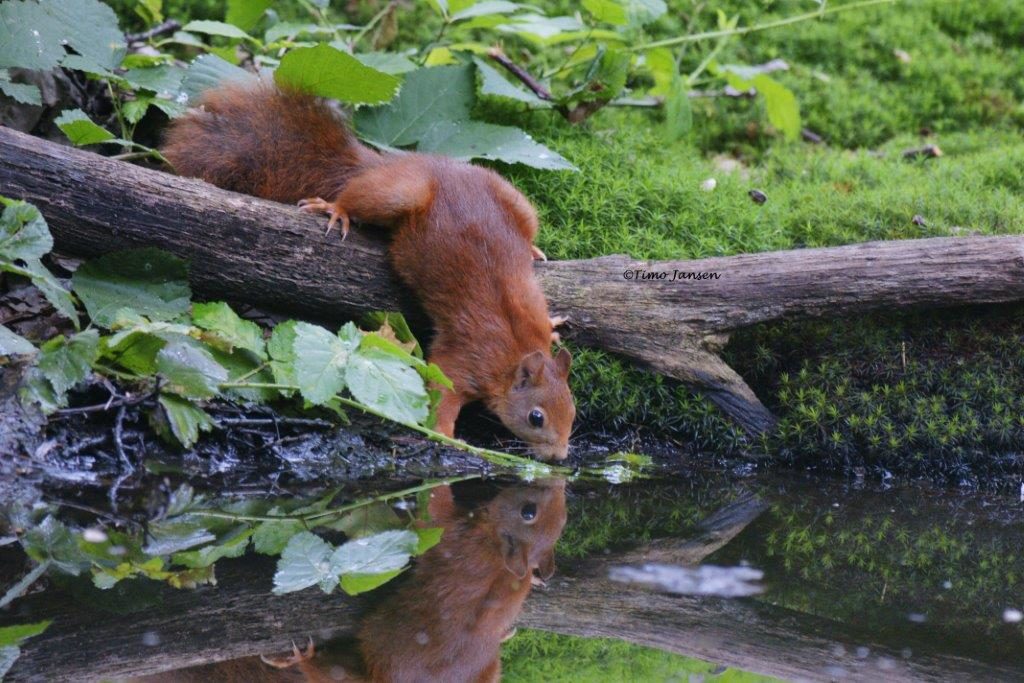 The area south of Sint Jansteen has great scenic value. There are country lanes with old trees. If dead trees do not pose a danger they will be left in place. Woodpeckers appreciate this. In addition to the common woodpecker species, the rare little spotted woodpecker, the middle-spotted woodpecker and black woodpecker are also found here. This area is the only breeding ground in Zeeland for those last two species.

There are many small meadows that used to be used as retting fields for processing flax. After the harvest, farmers from the surrounding area would bring the flax to the area to be retted. This retting process conditioned the outer layer of the flax stem and made it suitable for use in the linen industry.

The small fields were sown with rye. Most of the meadows are now grazed by sheep. And there is even a small heathland area. 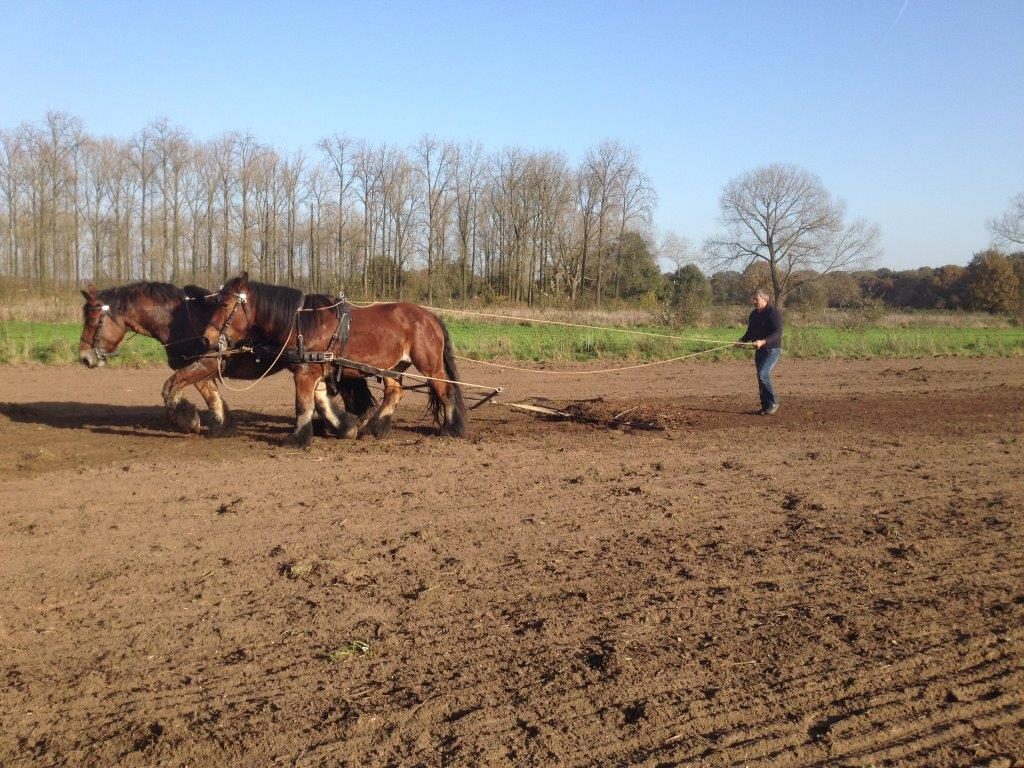 Part of the small-scale cultural landscape has been restored. Ancient grain crops are grown in the fields. Seeds are obtained from the gene bank and are now propagated here. The landscape is laid out as it was around 1930. The richly flowering field herbs are a sight to behold. Sometimes, the fields turn purple due to the blooming corncockle or yellow from the corn marigold. In winter, part of the vegetation remains and often hundreds of birds are present. The courtship call of the partridge can be heard in early spring time.

Beer is produced from the ancient varieties of grain grown here: the Patrijske.

To the south of Heikant lie the Wilde Landen. This area is made up of meadows and wooded meadows with poplars. A few ponds with fresh water can also be found here. Unlike the bodies of water in the rest of the area, these hold water all year round. It is a haven for amphibians and dragonflies. 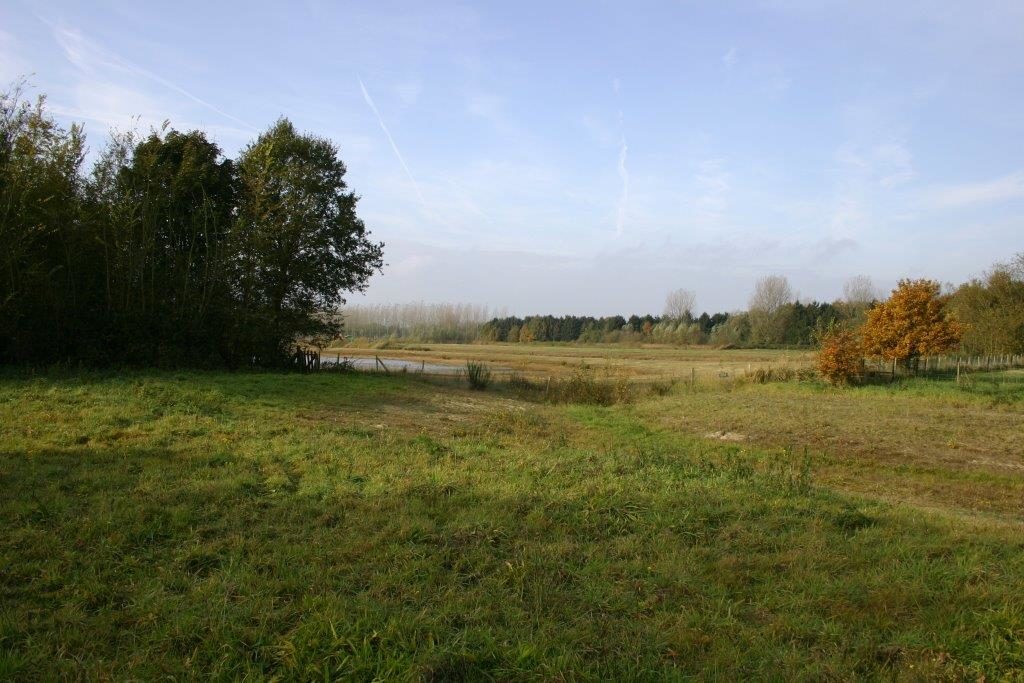 From a recreational point of view, it is a special area: it is one of the busiest areas managed by Het Zeeuwse Landschap. You can do all sorts of things here: running, walking, Nordic walking, cycling, mountain biking, horse riding, skating and, of course, observing and photographing nature.

Various routes have been marked out. For nature photographers, a special hut is available, where you can photograph squirrels and forest birds from close by. 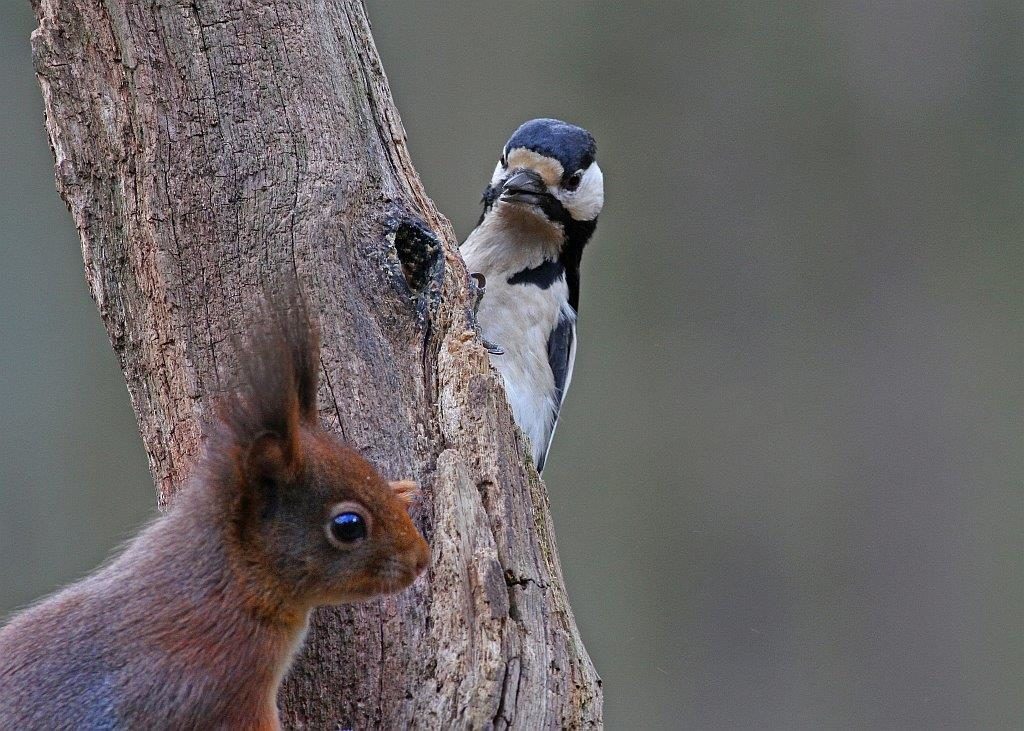