The rise of the cultivation of dyer’s madder

Madder yielded a lot of profit, however, growing and processing it was not such a straightforward process. It was already cultivated in the Middle Ages, but it was not until the seventeenth century, when grain prices plummeted, that there was a massive switch to the cultivation of dyer’s madder. Especially farmers on Schouwen-Duiveland and Tholen dedicated themselves to the cultivation of dyer’s madder, but the crop was also grown on the Bevelanden and in Het Land van Hulst. 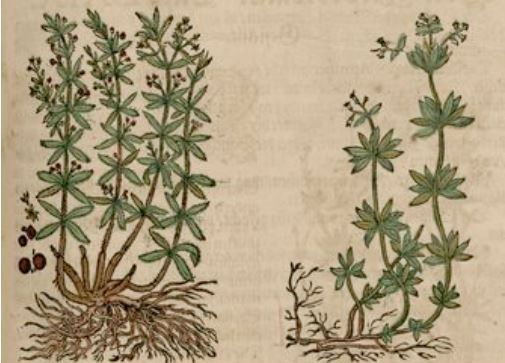 Drawing of the madder plant with roots.

What made the cultivation of dyer’s madder so challenging was that it required a lot of labour, capital and time. The plants had to be planted by hand, one by one ¬– a lot of manual labour was needed. They also had to grow for two to three years before they could be harvested, during which time they had to be properly and intensively cared for. Harvesting was hard work and also needed lots of people. The roots contain the source of the red dye and are sometimes 70 centimetres deep. This did not make digging them out (harvesting) any easier. Farmers who wanted to start growing dyer’s madder had to make a large capital investment and wait a long time before the crop would yield any money. And just how much money that would be was not known at the time of planting. After all, the price rates could fluctuate a lot over several years.

The cultivation of dyer’s madder was already an intensive process, but the same was also true when it came to the processing of the madder roots. Specialist workers also turned up for this task. People from Tholen, and especially from Sint-Annaland, were renowned for their expertise. 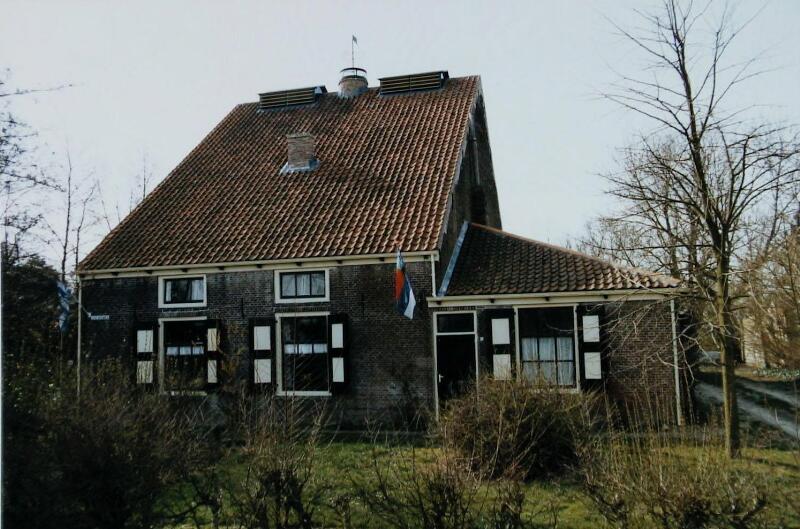 Drying and processing in a kiln

The roots first had to dry in the sun and wind. Then they were taken to the kiln. Each village had its own kiln on Tholen. There were more than thirty on Schouwen-Duiveland in 1870. In the kiln,’ they were first stored in the ‘cold kiln’. This is where the dyer’s madder lay until it could be processed further. Processing really started as soon as the dyer’s madder went to the ‘warm kiln’, a kind of drying tower with four attics. A fire was lit underneath. New madder was moved to the upper floor in baskets. A day later, the madder was then transferred in a basket to a lower floor, until it reached the threshing floor. There, the madder was threshed by workers with threshers. The roots were then passed through a sieve. The shorter pieces were placed in barrels. The rest was spread out on a cloth on top of the eest or ast (a narrow, metre-long horizontal kiln) and dried out further. After that, the dyer’s madder was pounded or ground into powder and sifted again. The powder was stored in large barrels and then the raw material was ready for transport.

More information about the cultivation and processing of dyer’s madder can be found in this PDF with a detailed description of the processing by Jan Zwemer, or in this short video from the Canon of Zeeland. 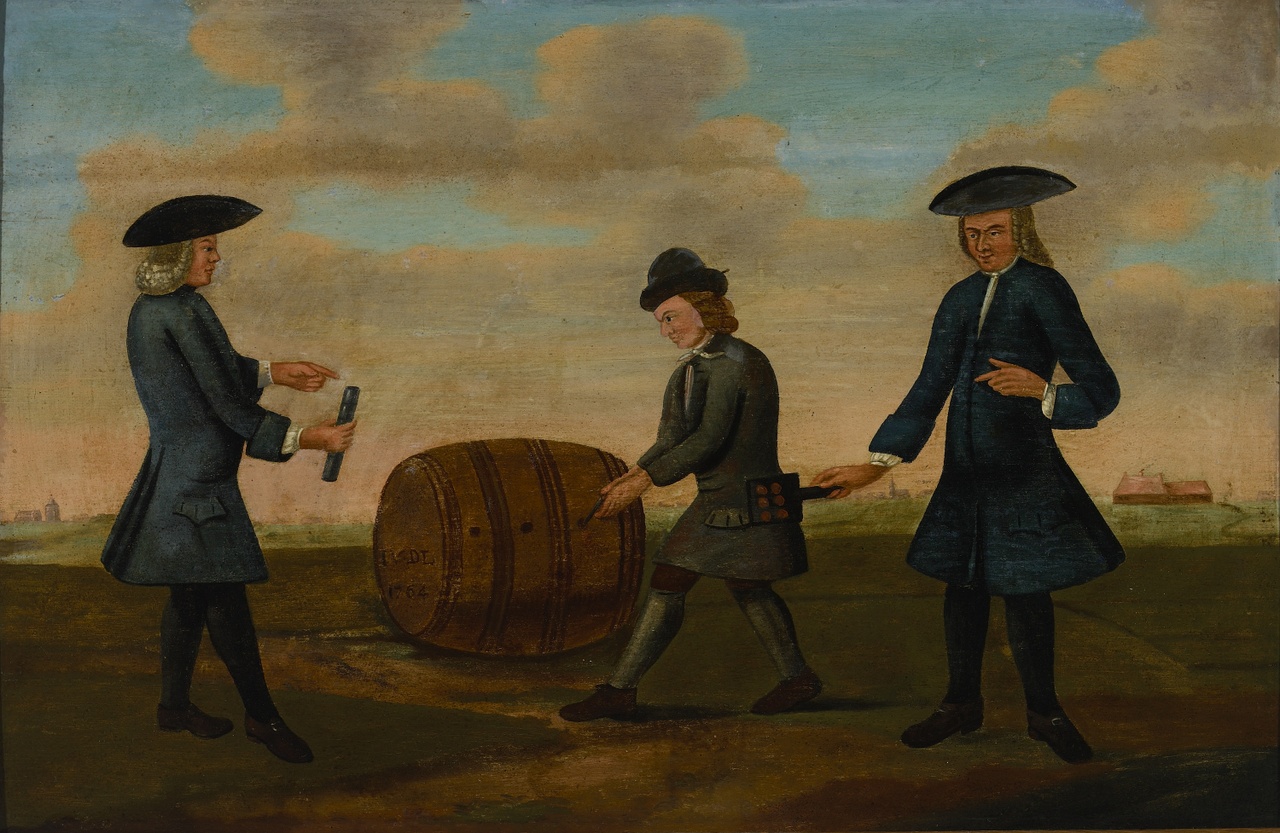 Not all processed madder was of the same quality. The finest, light yellow powder was the best and the most expensive. The dark red powder was not as good in terms of quality. A thorough valuation procedure was involved. In Zierikzee, for example, the dyer’s madder was inspected on the scales of the town hall. You can still see exactly how this was done in the Stadhuismuseum Zierikzee.

End of the cultivation of dyer’s madder

Early in the 19th century, the cultivation of dyer’s madder came under pressure when garancine was invented, an improved madder preparation. At that time, dyer’s madder and garancine factories also started to appear in Zeeland. These caused a great deal of hindrance because of the smell of rotten eggs that they gave off and all of the waste that they discharged. This pollution did not last long, because in the same century, a cheap synthetic dye was invented which replaced dyer’s madder. Incidentally, dyer’s madder is gaining in popularity again nowadays. Clothes designers, who like to work with natural dyes, have given the cultivation of the plant a new lease on life and attempts are once again being made to grow it. 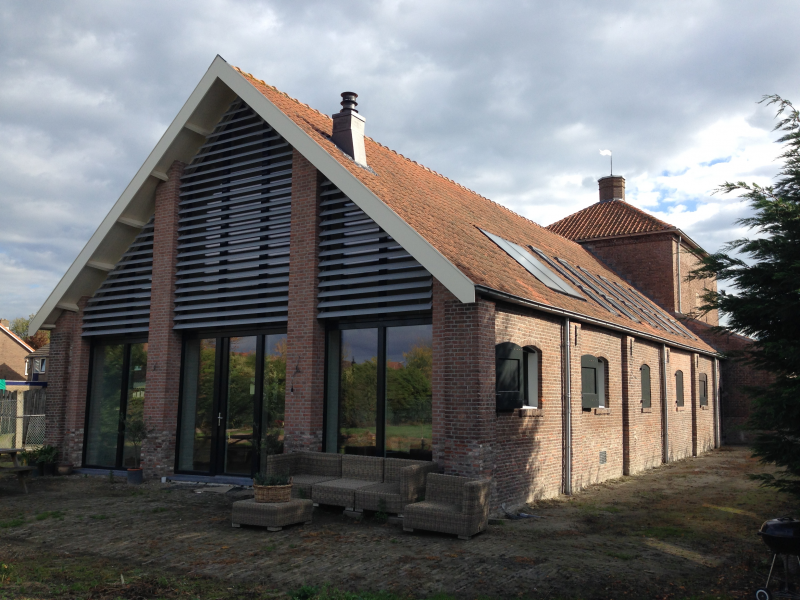 Rear view of the mansion in Kapelle during the most recent restoration and reconstruction (photo www.meestoof.com).

Not many kilns have survived, but in Kapelle, on the Ooststraat, you can still find Meestoof De Nijverheid. When this kiln was built, the heyday of the dyer’s madder industry was already over. The madder kiln was therefore not used for processing madder for a very long time. The building served multiple purposes. It was used to store coal, and there was a basket-making shop. It became a national monument in 1966 and is now used as a residential home and office.

Just outside of Zierikzee is another old kiln. The village of Capelle that once stood here was washed away by the waves during the 1953 flood disaster, although the factory was spared. Meestoof De Kapel was set up by a number of wealthy gentlemen in the early 19th century and rebuilt after a fire in that same century. When the market for dyer’s madder collapsed, the building was still used for processing chicory. This substitute for coffee was particularly popular during the Second World War.