Though there are no demanding mountains or hairpin bends, Zeeland has something that makes cycling here fantastic. The scenery is of course a factor – where else would you find such beautiful bike paths along the outer dikes? And then there’s the wind. It makes every cycling trip here a real challenge. In the 21st century, Zeeland was the scene of several major cycling races and has also produced numerous cycling heroes. You can cycle on their tracks here. Ideally, you should do it the Zeeland way. With the wind blowing full in your face.

The first Zeelandic and Dutch winner of a Tour stage

Theofiel (Fiel) Middelkamp from Nieuw-Namen had actually wanted to become a football player, but because cycling could earn money in his day, the sport appealed to him more in the end. In 1936, he was the first Dutchman ever to win a Tour stage. Without having any experience in mountain stages, he conquered three mountain passes on an ordinary bicycle without gears. There was more money to be earned in races and criteriums in Belgium, so Middelkamp put his efforts into that. “I cannot live on fame and honour”, was one of his catchphrases. Yet he gained plenty of fame and honour. In 1945, he won 24 races in Belgium and was called the ‘koning der kermiskoersen’ (as in King of the Fairground Tours). In 1947, he also became the first Dutch world road champion. 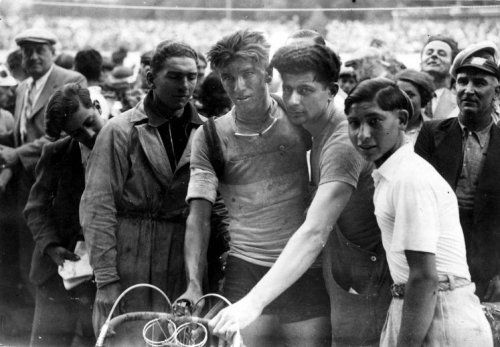 And Jo de Roo from Schore was also not a real fan of stage cycling races. However, he did win a wonderful stage during the 1965 Tour of France on the La Rochelle-Bordeaux route. With this victory, he continued a long Dutch tradition. The Dutch regularly win a Tour stage there. Yet De Roo was more into one-day race events. He won quite a few. Which he often did during the sprint. Then he would dash from the back of the field to the front in one go.

If you look at the number of world titles, then there is absolutely no doubt: Keetie van Oosten-Hage from Sint-Maartensdijk is the greatest cyclist that Zeeland has ever produced. She was careful not to bet on one horse and therefore specialised in several disciplines within the sport of cycling. She always excelled. She finished as world champion four times on the track and twice on the road. Towards the end of her career, in 1978, she also broke the world hour record. 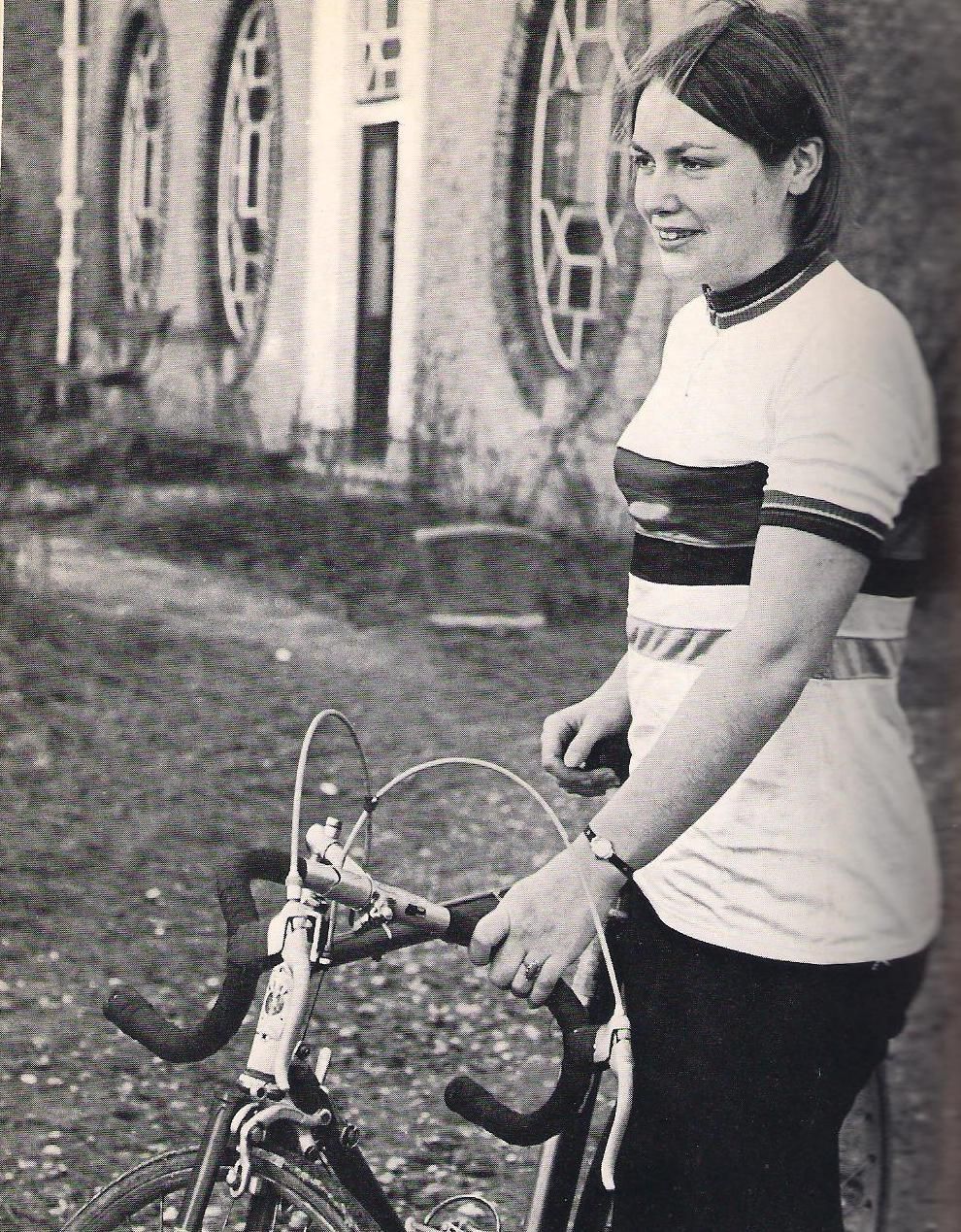 Apart from Fiel, Jo and Keetie, there are countless other cycling heroes from Zeeland: Jan Raas, Cees Priem, Cees Bal, Maarten Ducrot and Johnny Hoogerland to name but a few. They all achieved Zeeland victories in the Tour de France. So where do all that Zeeland cycling folk get their talent from? Quite simply, by cycling. Schoolchildren cycle to school in ‘little-train-formation’ every day. As a child, Keetie van Oosten-Hage used to go on tours with her father. And what you hear almost all cyclists from Zeeland mention is the wind. It definitely has a formative influence. The wind seldom sits still in Zeeland and there are a lot of rather nasty embankments where you can often feel it at full blast. What the hills are to Limburg, the wind is to Zeeland. You build up muscles and perseverance from it.

In the 70s and 80s of the 20th century, cycling was immensely popular. This led to the organisation of ‘rondjes rond de kerk’ of ‘criteriums’ (in other words ‘laps around the church’) in many places, with some surprisingly big names taking part from time to time. In Kwadendamme, Eede, Hengstdijk, Hansweert, Sas van Gent, Vlissingen, Wemeldinge, Kruiningen, ‘s-Gravenpolder and Zuiddorpe, races were organised for local top cyclists. The criterium of ‘s-Heerenhoek was the biggest of them all. They even managed to attract Tour winners. Bernard Hinault and Pedro Delgado appeared at the start here.

The criteriums had their charm, but in the 21st century, Zeeland took a slightly grander approach. The Tour de France and the Giro d’Italia have also passed through the province. In 2010, the finish of one of the stages of the Giro took place in Middelburg. The town was bathed in pink for a month. The stage was subsequently won by the Belgian Wouter Weylandt. Almost a year later, he died from a fall in the Giro. A monument to him was erected near the finish line on the Dam. 2010 was a good year for cycling in the province. The Rotterdam-Brussels stage of the Tour de France also rode through Zeeland. In 2015, the Tour was back. This time around, the Tour’s finish was at Neeltje Jans, in the middle of the Oosterschelde Barrier. It was a gruelling stage with a lot of rain and wind that was eventually won by the German André Greipel. 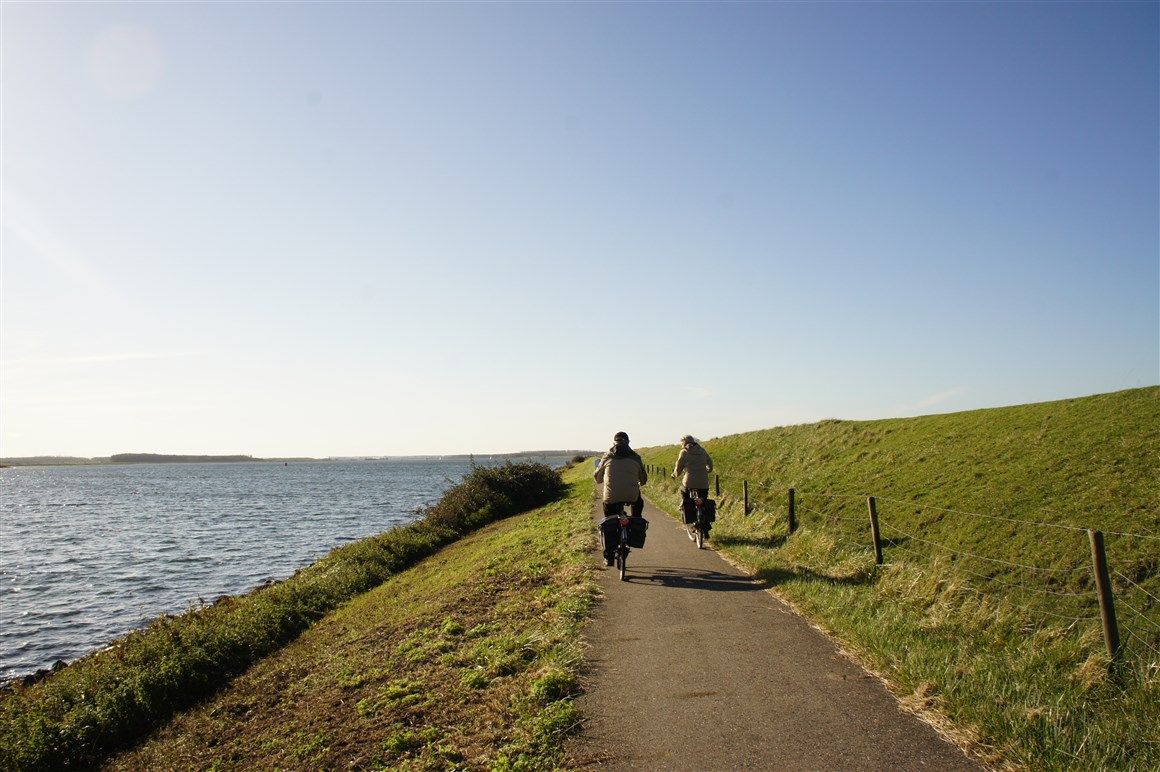 Cycling outside the dikes in Noord-Beveland (Beeldbank.zeeland.nl, photo Jan Kooren).

There are innumerable ways to experience cycling in Zeeland for yourself. The most legendary cyclists: Theo Middelkamp, Jo de Roo, Keetie van Oosten-Hage and Jan Raas, each have their own cycling route that leads past their birthplace. Particularly at the one of Theo Middelkamp in Zeeuws-Vlaanderen, you can catch some lovely sections with cobblestones. If you want to feel the wind, go cycling on the outer dikes. You can do this in quite a few places. There are some beautiful stretches along the coast of Noord-Beveland, but also on the south coast of Zuid-Beveland. Want to experience the ultimate headwind? Then you should take part in the NK Tegenwindfietsen. It is held annually at the Oosterschelde Barrier during the first major autumn storm. Another intense event is the special stage for mountain bikers during the annual Coastal Marathon in Zeeland. You have to cycle along the coast from Zoutelande to Burgh-Haamstede and also through loose sand. Zeeland can make and break you as a cyclist and you can make it as crazy as you want.