During the summer months, ‘boterbabbelaars’ (butter babblers, also called ‘babbelaars’) are widely available at historical and folklore markets. You can also see how they are made there. One of Zeeland’s best-known regional products was still made by many housewives themselves in the nineteenth century. However, they were also sold in large quantities by bakeries. The boterbabbelaar was popular as a treat with a cup of coffee or tea. It was partly thanks to the large-scale production by the Middelburg confectioner J.B. Diesch for the market that this sweet became so widely known. 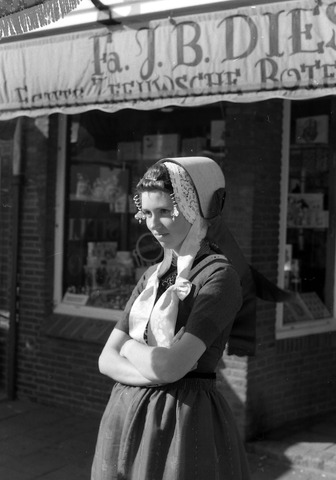 The Diesch shop on the Market in Middelburg in 1974, with a young woman dressed in an old Walcheren traditional dress (ZB, Image Bank Zeeland, photo J. Simonse).

Babbelaars are sweets. In the 19th century, they were sold in shops or made by housewives themselves. There were true specialists in the trade, who added, for example, cocoa or cinnamon to give them their own special flavour. Babbelaars were also sold in shops in the cities, often in combination with cake and pastries. In the early nineteenth century there were – as we can see from the newspapers of the time – still Babbelaars in all shapes and sizes: Gouda, Leiden and Zeeland babbelaars, lemon, butter, chocolate and vanilla babbelaars, yellow and black babbelaars.

How they were made

The basic recipe for boterbabbelaars is as follows. Butter, sugar, water and vinegar are put in a pan and brought to the boil. The mixture is poured onto a baking tray or other hard (granite) surface and repeatedly turned, folded, stretched out again, until it has cooled down sufficiently and a strand can be made from it. This strand is then cut into small cubes, which can be eaten once they have cooled down more. Boterbabbelaars used to be served when visitors stopped by, together with a second cup of coffee or tea. 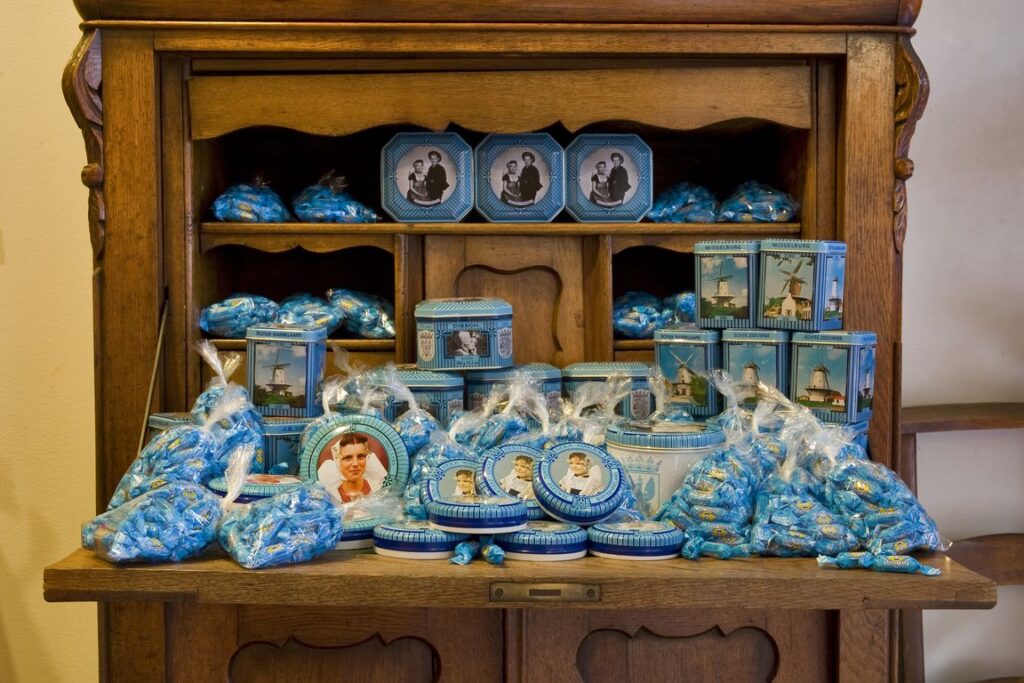 Boterbabbelaars have now become one of Zeeland’s best-known regional products. This is partly due to the large-scale production for the market by Middelburg sugar confectioner Johannes Bernardus Diesch. In 1892, Diesch established his company on the Lange Burg (now known as the Nieuwe Burg) in Middelburg. He specialised in the production of boterbabbelaars. At the beginning of the 1920s, he launched the babbelaars in the famous blue tins on the market. Lots of tourists bought them as souvenirs. The appearance of the tins changed over time, but women and children dressed in the traditional dress of Walcheren and Zuid-Beveland continued to prevail. The company still exists, but with a different owner and also with new packaging since 2011. 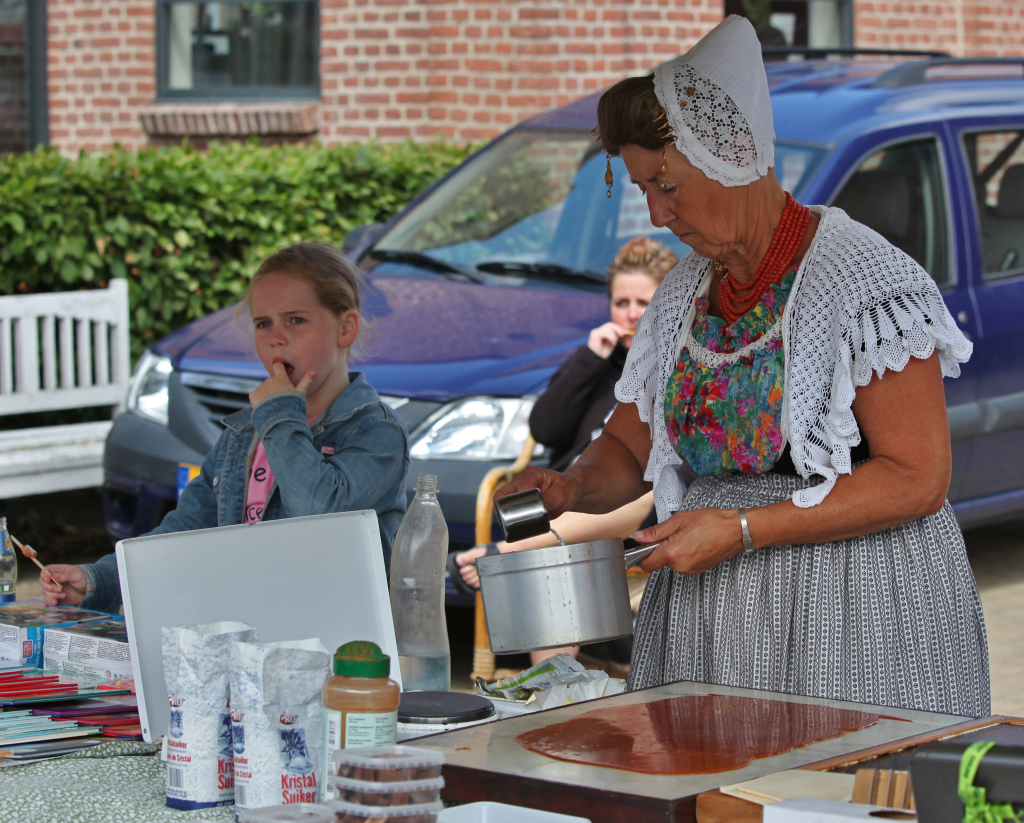 Traditional attire and folklore associations have also adopted the babbelaar. Members of these associations demonstrate the art of making these traditional sweets at seasonal markets, during folklore events and at other venues, such as nursing homes. They dress up in traditional outfits for such occasions.