In the old days, it was better for you to drink beer than water. Brewing beer was consequently an important profession. Once upon a time, Zeeland was teeming with breweries. Nowadays, Zeeland beer is making a comeback. Microbreweries have sprung up all over the province.

The importance of beer

Zeeland has been brewing beer since the Middle Ages. You could trust beer more than water from the town canal or the well. Back in those days, beer contained less alcohol, so you could also drink more of it. At first, beer was mainly made for personal use, but it soon became available for sale. Excise taxes were payable on beer, which made its production and consumption very important for the city. Beer brewers were often among the city’s well-to-do (Jacob Cats’ father was a beer brewer, for example, and as such belonged to the wealthy bourgeoisie). When people found out that beer with hops not only tasted better, but could also be stored and transported more efficiently, production increased even more.

Problems in the eighteenth century

Beer served as an alternative to water, but in the eighteenth century, more beverages came onto the market: coffee, tea and chocolate. On the alcohol side, spirits also made their appearance. It meant the end for many traditional breweries. In Vlissingen, for example, only one remained.

Progress in the nineteenth century

Over the course of the nineteenth century, new knowledge and technology made it possible to brew other kinds of beer. Beijersch beer became popular. New breweries were set up. In Westdorpe, Emile van Waes opened up the Beiersch Bierbrouwerij Van Waes Boodts in a former brickworks factory. These new brewers soon had to deal with the big players such as Heineken and Amstel, which they were unable to compete with. The majority of the breweries in Zeeland survived by also producing lemonade. Beiersch Bierbrouwerij Van Waes Boodts had its own wells and, in terms of quality, stood out above the rest locally. Partly for this reason, they lasted until the sixties of the twentieth century. The landmark building that housed the brewery can still be seen in Westdorpe – today it is a residential property

Around the time of Beijersch beer, a beer drinking culture arose for the first time. Beer halls and beer houses started to pop up. These beer halls were a kind of mix between a liquor store and a beer house. The number of pubs also grew as people had more free time and more money to spend. 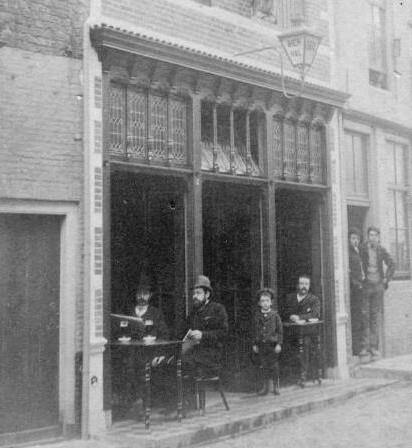 From pilsener to speciality beers

For a long time, pilsener, as in lagers, dominated the Dutch beer market. In the 1980s, people started to take more interest in Belgian beers. Then Dutch brewers also started focusing on these specialty beers. This trend continued throughout the Netherlands and eventually led to many microbreweries producing local beers. Zeeland follows this trend. Nowadays, Middelburg has a city brewery where you can taste beers with the brewing vats in the background. You can visit Brouwerij Vermeersen in Hulst – they brew on a rather larger scale. The Oostende Castle in Goes is also a fairly large brewery. What’s special here is that they have built a new castle on the site of the former Oostende Castle. Apart from a brewery, it also houses a café and restaurant. The many food festivals in the province typically include vendors of special beers. At the Abdijbierfestival (Abbey Beer Festival), held annually in May at the Middelburg Abbey, it is quite the opposite. You can enjoy something to eat here too, but in the end, it all revolves around tasting different beers. Beer is alive and well in Zeeland and that trend looks set to continue for some time yet.