Over ninety years ago, on 10 September 1927, the versatile artist Antoine Mes was born in Middelburg. After his studies, he came back to Zeeland. The province plays a major role in his work and his artwork can also be seen in many places in Zeeland. 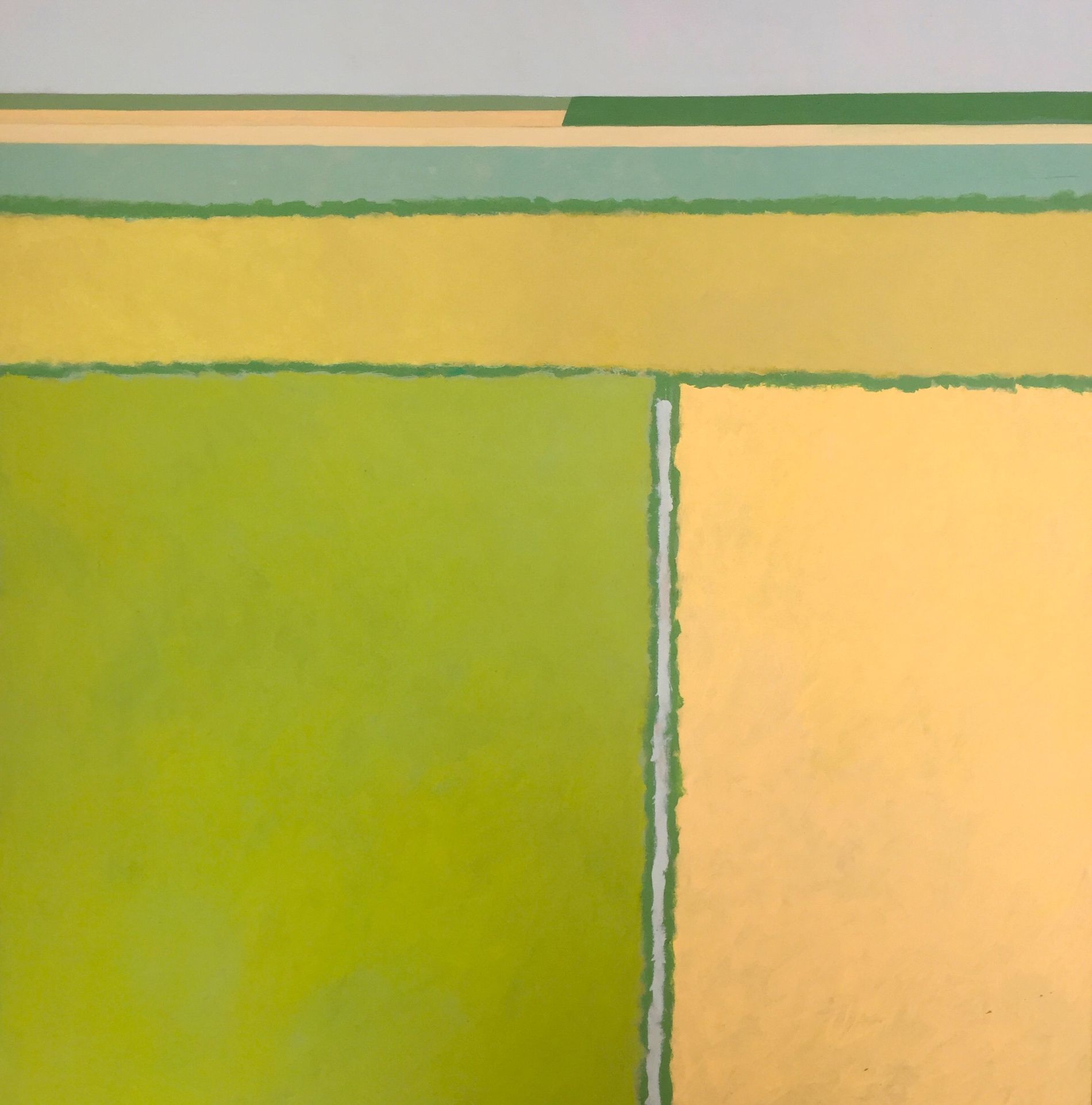 It is 1944, and Walcheren has just been liberated. Antoine Mes begins his working life at an architect’s office in his hometown of Middelburg. This is where he initially trains as an architectural draughtsman. In 1949, he decides to become an artist and follows the teacher training course at the Art Academy in Tilburg. In 1955, he began working in Moergestel at the monumental art studio of Jan Dijker (1913-1993). In the same year, he continues his studies at the Rijksacademie (the State Academy of Fine Arts) in Amsterdam at the department of Monumental Arts. In 1961, he successfully completes his studies and returns to his hometown of Middelburg.

Over the years, he developed his signature style, sought the ideal forms and colours and gained fame with his wide-ranging oeuvre. Nowadays, he is known as a monumentalist, an artist of the so-called ‘flat surface’ and, above all, as an independent artist.

From 1961 to 1985, Antoine Mes focused on monumental works. He made colourful stained-glass windows for the Provincial States building in Middelburg and the Town Hall in Breskens. A school in Vlissingen was decorate with a large wall mosaic, and the Gaasperplas metro station in Amsterdam was given its monumental appearance by him with what appeared to be forgotten suitcases, bags and duffle bags made of brick. As a result of the demolition and redevelopment of buildings, much of his work has been relocated or has even disappeared altogether. 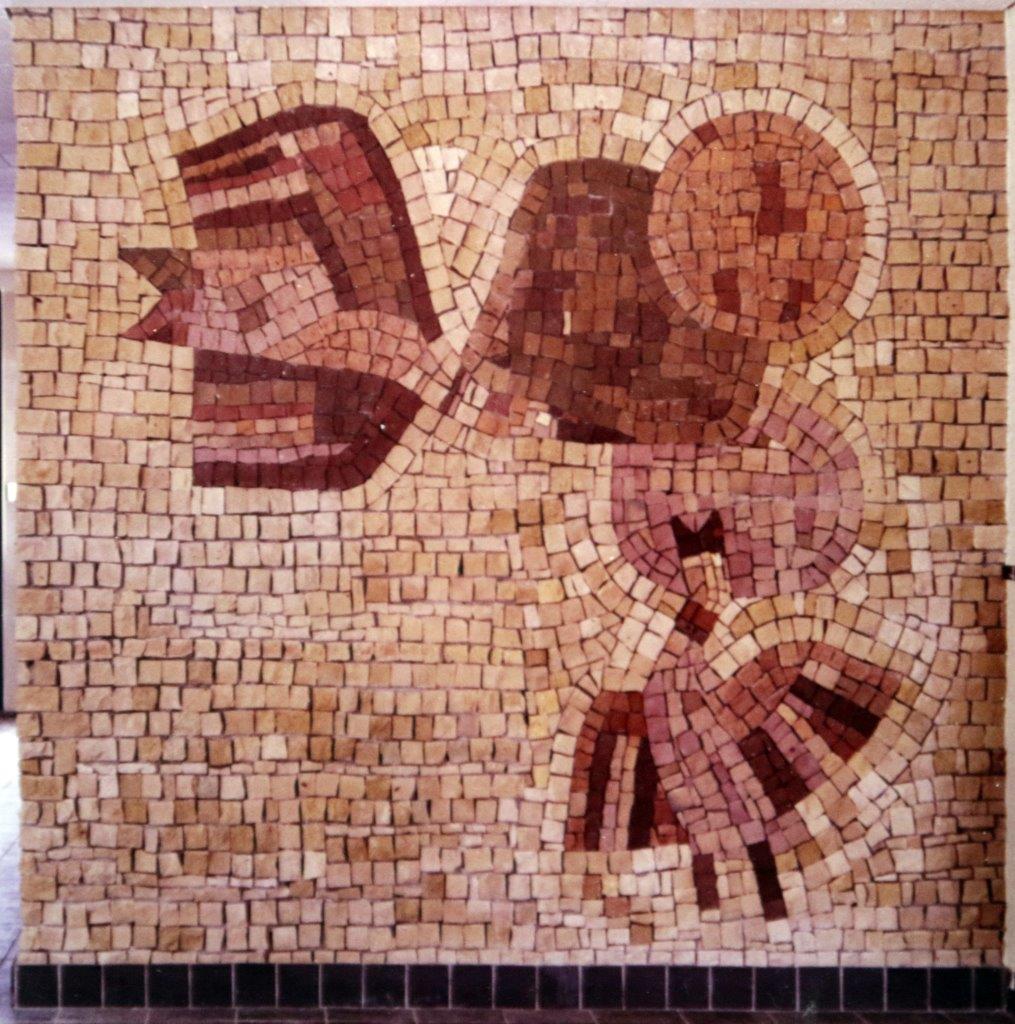 Whenever there is a period with fewer commissions for monumental work, Antoine Mes turns to drawing and painting. He seeks his inspiration in Zeeland, but also in other countries. Slowly but surely, an interaction develops between his independent work and his monumental commissions, and a monumental style permeates his painting style. For example, his motifs are large and stripped of everything that distracts from the main theme. 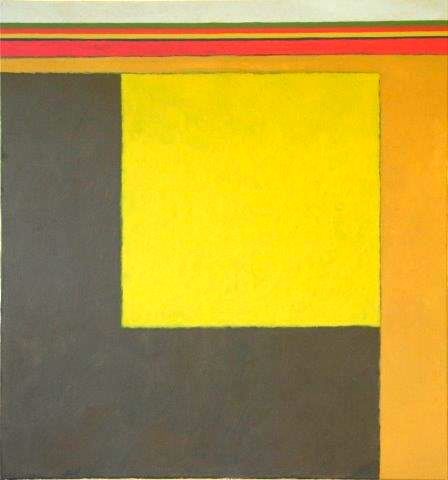 Lines and colour patches are prevalent in the work of Antoine Mes.

His artworks lack a sense of depth. To Antoine Mes, a painting is a vertical surface, covered with lines and patches of colour. His Zeeland landscapes are very well known and have formed the subject of his paintings since 1991. They show his view of the landscape: stiff Zeeland clay, where feet stand anchored in. They show his perceptions. He uses characteristic visual elements that, for him, define the Zeeland landscape. The vastness of a field, demarcated by its grassy edges or by adjacent fields or a ditch. A dike or a dune as a cut-off point towards the horizon, with or without a row of trees. A farm, sometimes surrounded by trees.

The colours of the seasons play a role. In recent years, the layout and arrangement of strips of fields for agricultural use has been a central theme. This creates interesting compositions.

This story is a slightly edited version of the story about Antoine Mes on the website of Museum Veere.